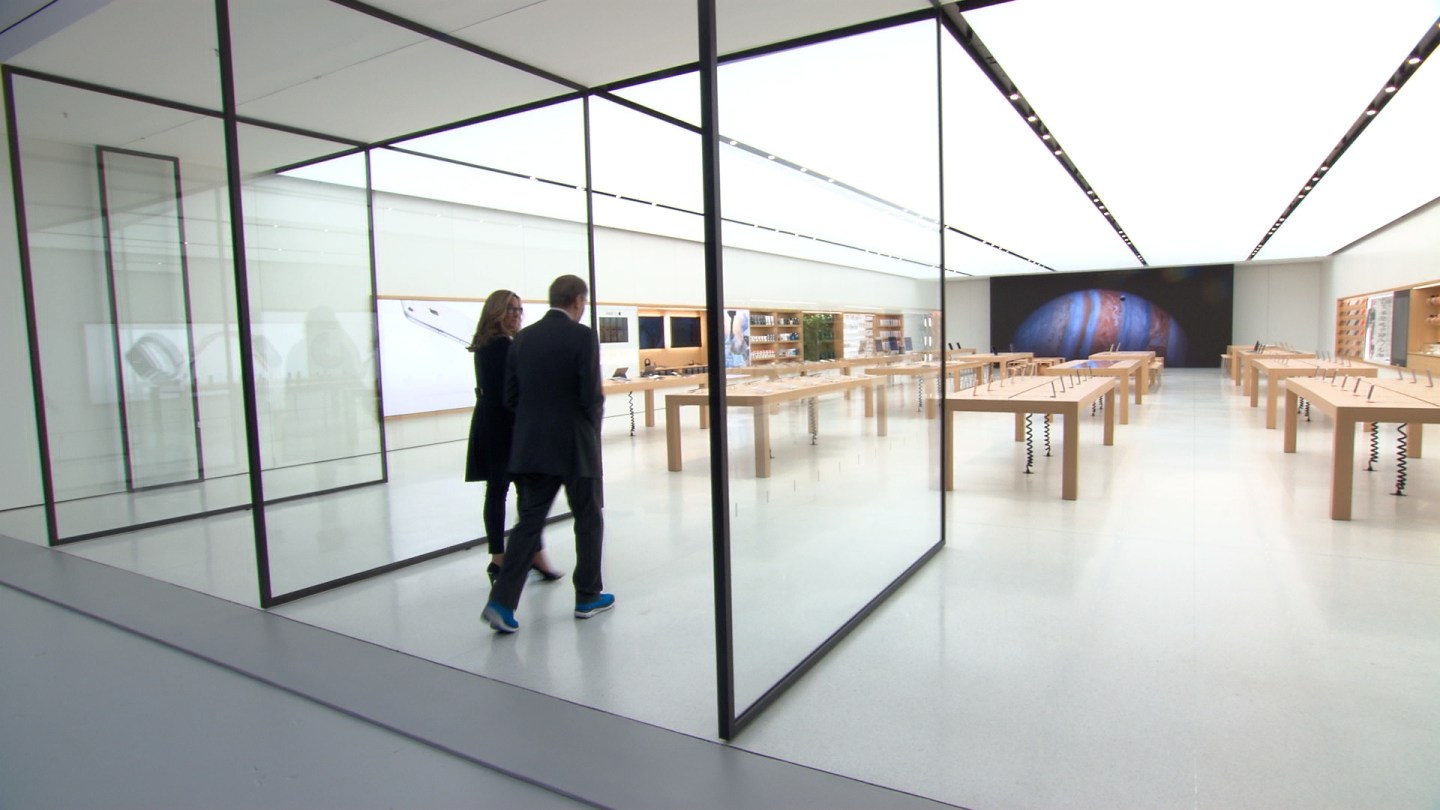 All Photographs Courtesy of CBS

This Sunday, you can see the future—or at least the future of Apple.

In an upcoming 60 Minutes segment, Charlie Rose will take viewers inside Apple (AAPL) design SVP Jony Ive’s top-secret studio at Apple’s headquarters in Cupertino, Cal. The news, along with a teaser photo, was revealed Thursday night in a tweet from the show’s Twitter account.

In addition to a look inside the lab, Rose will get a “first look at Apple’s store of the future,” according to another tweet. Re/code reports that retail chief Angela Ahrendts will act as his tour guide.

.@CharlieRose gets a first look at Apple’s store of the future, Sunday on @60Minutes pic.twitter.com/BdjygqqIdc

Ive is considered to be the mastermind behind Apple’s iconically minimalist aesthetic, and a February profile in the New Yorker has called him “one of the two most powerful people” at Apple. Ive and his core design team, which the publication reports consists of 19 people, rarely speak in public about their work, making his 60 Minutes appearance and tour unusual—and very much worth watching.

Ahrendts, on the other hand, is a former Burberry exec who is more used to the limelight. Currently No. 29 on Fortune‘s list of Most Powerful Women, she is the top woman at Apple, heading the company’s $20 billion retail operation.

The tech giant’s CEO, Tim Cook, will also appear on the show to address the major issues Apple is facing, ” including encryption technology, corporate taxes, and manufacturing his products in China,” according to a press statement on the CBS website.

Check out the teaser photos from the show below: