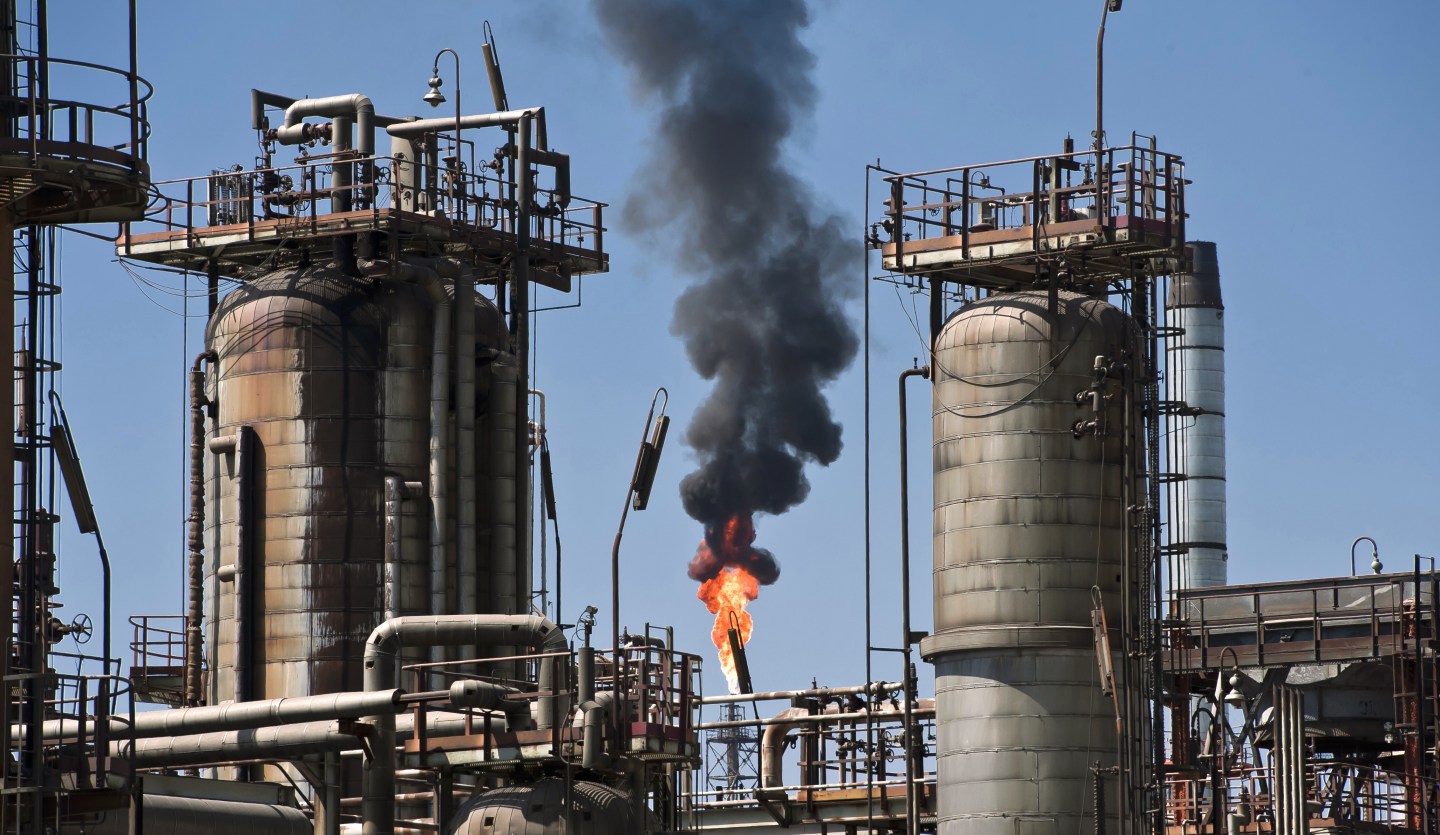 Now the Paris climate summit is over, analysts are warning that fossil-fuel companies will slowly feel the impact from the historic agreement signed at COP 21—even if it takes years for the consequences to become clear.

“The Paris Agreement provides another challenge for oil and gas companies,” Morgan Stanley analysts wrote on Monday, two days after almost every country in the world agreed to the first universal deal to rein in greenhouse gases.

The Paris Agreement commits 195 countries to report progress to a U.N. body in cutting carbon emissions every five years, beginning in 2023. The Paris Agreement aims to keep global warming to a maximum limit of two-degree Celsius (about 3.8 degrees F.) above pre-industrial levels, with a goal of eventually lowering that even further to about 1.5 degrees. And it promises to cap global carbon emissions “as soon as possible.”

Morgan Stanley retains an “attractive” rating on European oil majors, arguing that short-term cyclical factors will outweigh the impact from the climate deal in next few years. But still, “there is little doubt that the Paris Agreement creates a long-term challenge to the business model.”

In public, companies linked to fossil fuels have brushed off worries about the climate deal, some regarding it as a small headache, compared with oil’s weak demand and overproduction, which have driven benchmark prices below $40 a barrel, their lowest level since 2008. One European utility company with coal assets told the Financial Times: “We are not too worried to be honest, it does not change much right now.”

But the phrase “right now” makes all the difference.

According to many of the 30,000 or so officials, business leaders, scientists, and activists who converged in Paris for the U.N.’s two-week climate talks, the 31-page Paris Agreement sets in motion a process in which countries will steadily cut their carbon emissions, eventually to a level dramatically lower than at present.

“It is impossible to believe that a fossil-fuel company thinks this is not significant,” says Mindy Lubber, President and CEO of the U.S. group Ceres, which lobbies investment firms and businesses about climate risks. “I can assure you, in the boardrooms they are diagnosing the impact of Paris and what it will mean for their bottom line,” she told Fortune.

Although Morgan Stanley’s note says oil and gas majors “still have a substantial period ahead in which they should be able to profitably invest,” it also says that could change around 2020, when the Paris Agreement’s impact begins to hit fossil-fuel companies.

One of the biggest risks, it says, will be so-called “stranded assets”—oil and gas reserves that companies list as part of their valuation, but that in reality might be worthless, since under the terms of the Paris Agreement those reserves might never be drilled. “The world’s known reserves are substantial, and some of those resources may need to be ‘left in the ground’ already,”says Morgan Stanley. “Although there is still need for field development, the need for exploration is therefore much less obvious in a ‘2 °C [two degrees Celsius] world.'”

That raises the question about the true future value of those oil and gas companies. That was the focus of discussion during the mammoth climate talks, in dozens of panel discussions and press briefings.

“A lot of fossil fuels are not going to be burned, that is clear,” Gérard Moutet, vice president for climate-energy for the French oil giant Total (TOTAL-S-A), said on a panel on investment strategies last week. “Today is not like yesterday,” he said in a rare admission for an oil executive. “We will have to adapt.”

Several bankers at the Paris meeting said they believe what is needed are regulations to compel financial firms to declare what stocks within their holdings mights be liable to lose value, either because of some climate disaster, or because steady cutbacks in carbon emissions might undermine their value over time.

Midway through the Paris meeting, Bank of England Governor Mark Carney—a vocal presence at the event—launched a task force on climate financial risks, with ex-New York Mayor Michael Bloomberg as its chair. Among its aims is to push financial firms to disclose their exposure to carbon stocks and climate change.

Such disclosures have already begun in three major Western economies:

Starting next year, French public companies will have to disclose their plans for low carbon emission. Earlier this year, the Bank of England began requiring British insurance companies to declare their exposure to climate change risks. And American insurance companies are required to do the same in seven U.S. states: California, Connecticut, New York, Minnesota, New Mexico, and Washington.

Another initiative under discussion at the Paris meeting was the Carbon Disclosure Project, a London-based organization that works to persuade companies to declare their carbon exposure and climate risks. “Our clients are become much more vocal around climate change,” Jay Ralph, chairman of Allianz Asset Management, which has $2 trillion under management, told a panel discussion in Paris, a day after the company signed on to the project. Ralph said Allianz would phase out coal assets and systematically examine the carbon exposure of its portfolios. “There is increasing interest in our partners to do something similar,” he said.

The trend is still small, compared to the estimated invested global capital of more than $100 trillion. But bankers and CEOs attending the Paris talks said they expect more and more companies to begin declaring their risks to climate change, and to the potential for limits on carbon emissions—something they say investors will increasingly want to know. “Not only is it in our vested interest, but it is also our responsibility,” Helena Vines-Fiestas, head of sustainability research at BNP Paribas Asset Management, said during one panel discussion in Paris. “We might breach our fiduciary duties if we do not so.”

More from Fortune on the Paris Climate Talks:

Elon Musk: Only a Carbon Tax Will Accelerate the World’s Exit from Fossil Fuels