Sanders’ Climate Change Plan Won’t Do Much for Global Warming 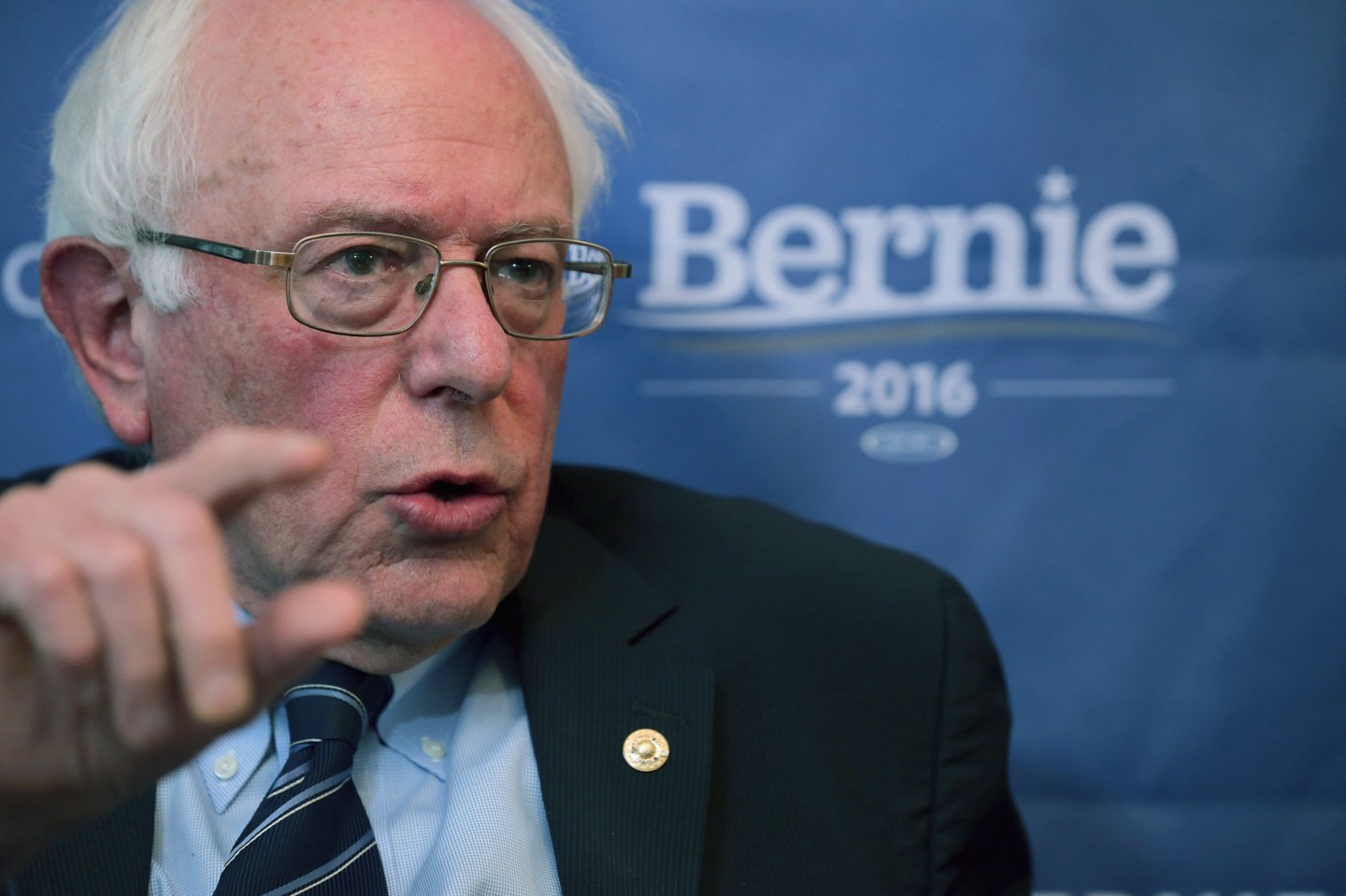 WASHINGTON, DC - DECEMBER 07: Democratic presidential candidate Sen. Bernie Sanders (I-VT) participates in an internet live stream discussion about putting families first in developing immigration policy at his campaign office December 7, 2015 in Washington, DC. Sanders heard from 'Dreamers,' undocumented immigrants who were brought to the United States by their parents when they were children, members of the immigrant LGBT community, and a former hunger striker, all of whom asked the senator to support immigration reform. (Photo by Chip Somodevilla/Getty Images)
Photograph by Chip Somodevilla–Getty Images

U.S. Sen. Bernie Sanders recently rolled out a plan designed to slow climate change: cut carbon dioxide emissions by 40% by 2030 and 80% by 2050. While these targets are ambitious, his proposal would have no measurable effect on climate. Instead, the cuts would reduce employment, cut income, and raise energy costs.

The plan is yet another salvo in the left’s ongoing “war on carbon” and, more specifically, Big Oil. Progressives have long charged the big oil companies with raking in obscene profits—gouging the little guy while pocketing lucrative and unnecessary government subsidies.

Conservatives concur on the latter point. We’d like to end all government subsidies to all forms of energy and let the marketplace determine which are the most reliable and cost-effective. But the old wheeze about excess profits is a thing of the past. Big Oil this year is reporting its lowest profits in a decade, and the real price of gasoline is lower than it has been for more than a decade.

As it turns out, the free-market economists were right, and the anti-capitalist warriors were wrong. The run-up in oil prices earlier this century created profits, yes. But what did the oil companies do with them? They used them to make huge investments in potential energy fields that, combined with new drilling technologies, unleashed a domestic energy renaissance so powerful that OPEC has given up on trying to rig oil prices.

So, instead of profiting unfairly at the expense of average Americans, oil companies invested and produced to the benefit of average Americans. But proposals to slash carbon emissions by taxing producers would cost the typical American household big bucks.

Unlike most recent carbon-cutting plans (including those of President Obama), Sanders’ plan uses 1990 emissions as the base instead of the peak emissions of 2005. In an apples-to-apples comparison, the cuts that Sanders proposed last Monday are actually higher at 50% by 2030 and 83% by 2050. Though there is little—if any—economic analysis of cuts this steep, we can get a rough idea by looking at the impact of less severe reductions.

At the Heritage Foundation, we used a clone of the U.S. Department of Energy’s National Energy Modeling System to analyze the impact of a carbon tax aimed to cut CO2 emissions by just 32% by 2030. Compared to the projected economy without this carbon tax, we estimated that in the first 15 years, the carbon tax would lead to:

Those are the costs just through 2030—and for a relatively much easier carbon target. Steeper cuts come with disproportionally higher costs, so a plan calling for cuts that are half again bigger than those we analyzed has the potential to be economically devastating.

What are the benefits? Scientists at the Cato Institute have posted a calculator that uses the Environmental Protection Agency’s climate model to predict the impact of various CO2 cuts on world temperature. Assuming America could actually cut its CO2 emissions by 80% by 2050, it would moderate world temperature by only 0.04 degrees Celsius by 2050 and 0.11 degrees Celsius by 2100. In other words, the climactic “return” on this multi-trillion dollar “investment” would essentially be zero.

And how ravaged is the climate anyway? Advocates of extreme “anti-warming” measures often point to adverse weather events as proof of catastrophic climate change, yet the actual data show that it’s just weather. The National Oceanic and Atmospheric Administration says that increased reports of smaller tornadoes correspond with the increased use of National Doppler radar, and that there’s been no increasing trend in larger tornadoes over the past 55 years.

Carbon taxes that would cost Americans trillions of dollars in income and millions of jobs by 2030—with additional losses in the years to follow—are no bargain. The return on this investment would be a measly—indeed, unmeasurable—temperature moderation of 0.04 degrees Celsius by 2050.

Better to be left at the mercy of profit-minded oil companies than saved by misguided climate crusaders.

David W. Kreutzer is the senior research fellow in energy economics and climate change in The Heritage Foundation’s Center for Data Analysis.