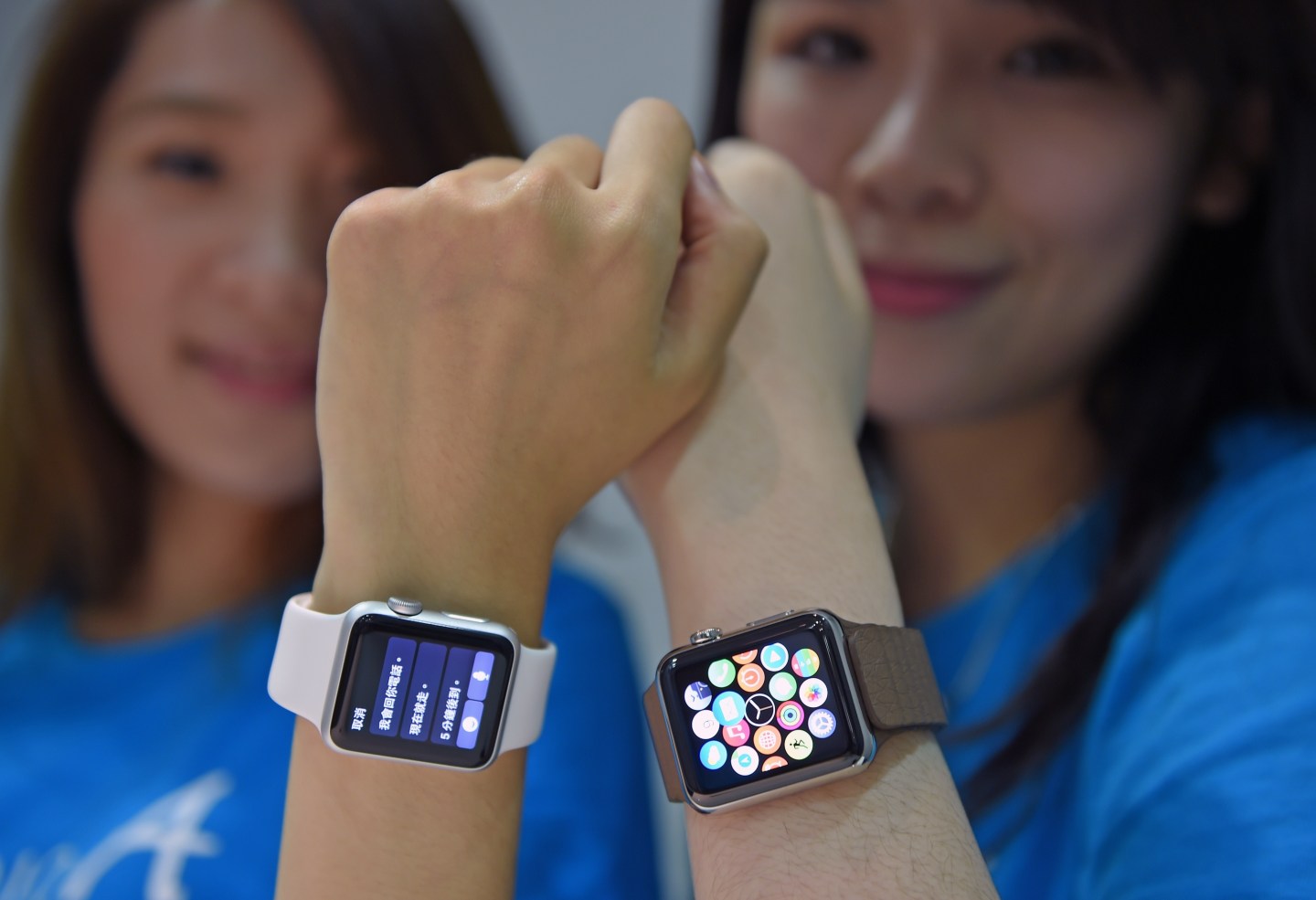 Staff at an Apple retail store display the company's new Apple Watch as the smartwatch goes on sale for the first time in Taipei on June 26, 2015. The Apple Watch went on sale on June 26 in South Korea, Italy, Mexico, Singapore, Spain, Switzerland and Taiwan after the US tech giant released its first smartwatch in April in nine countries, including the US, China and Japan. AFP PHOTO / Sam YEH (Photo credit should read SAM YEH/AFP/Getty Images)
Photograph by Sam Yeh — AFP via Getty Images

In Longtan Science Park in Northern Taiwan, just an hour-drive from Foxconn, the company that assembles iPhones and other devices, an unmarked building is reportedly the site of Apple’s new screen innovation laboratory.

The building, which opened this year, employs at least 50 engineers to design more advanced screen technology for Apple (AAPL) devices, according to Bloomberg. In particular, Apple is aiming to make strides in organic light-emitting diodes, which reports have said the company plans to include in its iPhones starting in 2018. The Apple Watch already uses the OLED technology.

Building management records show that Apple moved into the Taiwanese facility in April, according to Bloomberg. And in October, Taiwan Apple changed its headquarters to the secretive building.

Apple did not return requests for comment by press time.