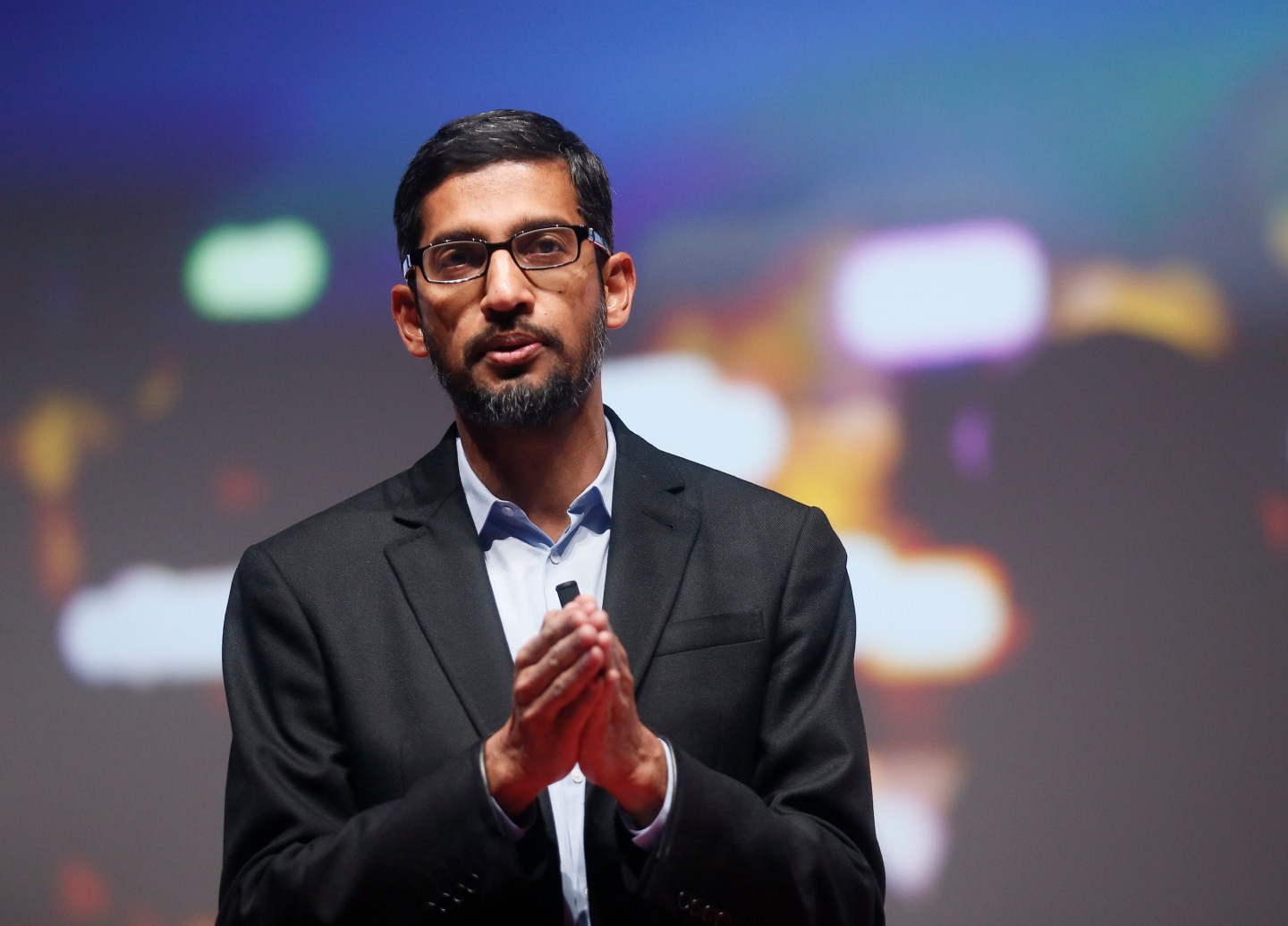 Google CEO Sundar Pichai has joined other technology executives in speaking out against a recent wave of anti-Muslim rhetoric in the United States.

Pichai strongly rebuked Donald Trump and his plan to shut down Muslim immigration into the United States in a post on blogging platform Medium, although Pichai never specifically named the Republican candidate for President.

“America, after all, was and is a country of immigrants,” Pichai wrote. “That is why it’s so disheartening to see the intolerant discourse playing out in the news these days—statements that our country would be a better place without the voices, ideas and the contributions of certain groups of people, based solely on where they come from, or their religion.”

Facebook (FB) founder Mark Zuckerberg spoke out last week as well, writing that he wants to add his voice in “support of Muslims in our community and around the world.” In a Facebook post, Zuckerberg said that his company will “create a peaceful and safe environment” for Muslims on the social network.

Former Google (GOOG) CEO and current Alphabet chairman Eric Schmidt wrote an essay published in The New York Times last week calling for tech companies to create tools that will “drown out the hate with a broadly shared humanity that only the Web makes possible.”

“We need strong leaders worldwide who will fight broadly for human progress and tolerance, and focus on bettering everyone’s lives,” Schmidt wrote.

Lobby group FWD.us, which was founded by Zuckerberg and is backed by tech executives like Schmidt, Yahoo (YHOO) CEO Marissa Mayer, and Tesla (TSLA) CEO Elon Musk, released a video last week that uses footage of Trump’s quotes to depict his proposals in a despotic light.

These responses from technology executives come in the wake of a controversial hardline proposal by Trump calling for a “complete and total shutdown of Muslims entering the United States.” The plan has been criticized by other Republican nominees, but Trump remains the frontrunner for the nomination in the most recent polls.

For Pichai, the fight against anti-immigrant rhetoric feels personal. Although Pichai doesn’t address his faith, he notes that he is an immigrant, having come to the United States from India 22 years ago. He sees Google’s “vibrant mix of races and cultures” as a core strength.

“We are urgently working to become much more diverse, because it’s so important to our future success,” Pichai wrote. “Let’s not let fear defeat our values. We must support Muslim and other minority communities in the U.S. and around the world.”

For more on international response to Trump’s proposal, watch this Fortune video: