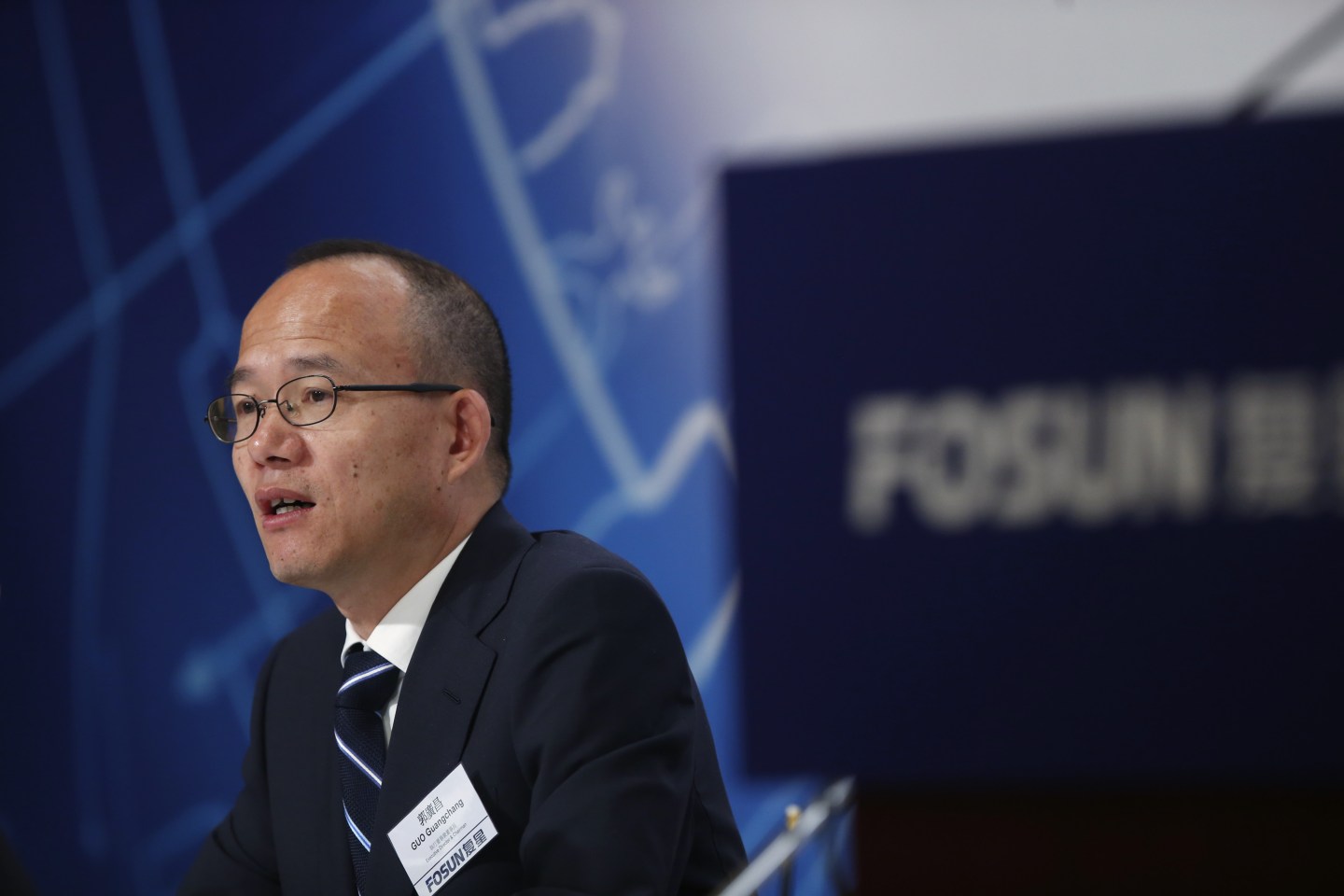 The man who dubs himself ‘China’s Warren Buffett’ is back.

Fosun International Chairman Guo Guangchang attended a company meeting in Shanghai on Monday, two people at the event told Reuters, his first public appearance since a report he had gone missing last week sparked speculation the firm was being drawn into Beijing’s corruption crackdown.

Guo didn’t say where he had been, or make any reference to a Fosun statement on Sunday that said he had been assisting the Chinese authorities in an investigation, an executive who declined to be named said on the sidelines of the meeting. Instead, Guo discussed Fosun’s strategy and performance, receiving a standing ovation from the people gathered at a Shanghai hotel for the meeting, the sources said.

Both sources declined to be named as they were not authorized to speak to the media. A Fosun spokeswoman declined to give any details about the meeting.

Fosun had confirmed in a stock exchange release that Guo “is currently assisting in certain investigations carried out by Mainland judiciary authorities” but said this wouldn’t have any material impact on its operations.

A string of senior Chinese executives have gone missing temporarily this year, amid a widespread government crackdown on corporate graft, especially in China’s financial sector.

Fosun International’s Hong Kong-listed shares were suspended on Friday after reports of Guo’s disappearance late on Thursday triggered a sell-off in the firm’s overseas depository receipts in New York.

Resuming trade on Monday, Fosun’s Hong Kong shares plunged 13.5% before recovering a little to close down 9.5%, as investors remained wary a day after Fosun’s president Wang Qunbin said all current deals were “proceeding normally” and the firm would buy back shares if stock prices fluctuated.

Ratings agency Standard & Poor’s said Guo’s involvement in the probe had yet to impact Fosun’s credit ratings and outlook, but an “extended investigation” could negatively impact the firm’s access to funding and pending acquisitions.

Guo, 48, has built an empire stretching from insurance and banking to healthcare and leisure, amassing a personal net worth of $5.7 billion, according to Forbes.