Great Beers to Give As Holiday Gifts 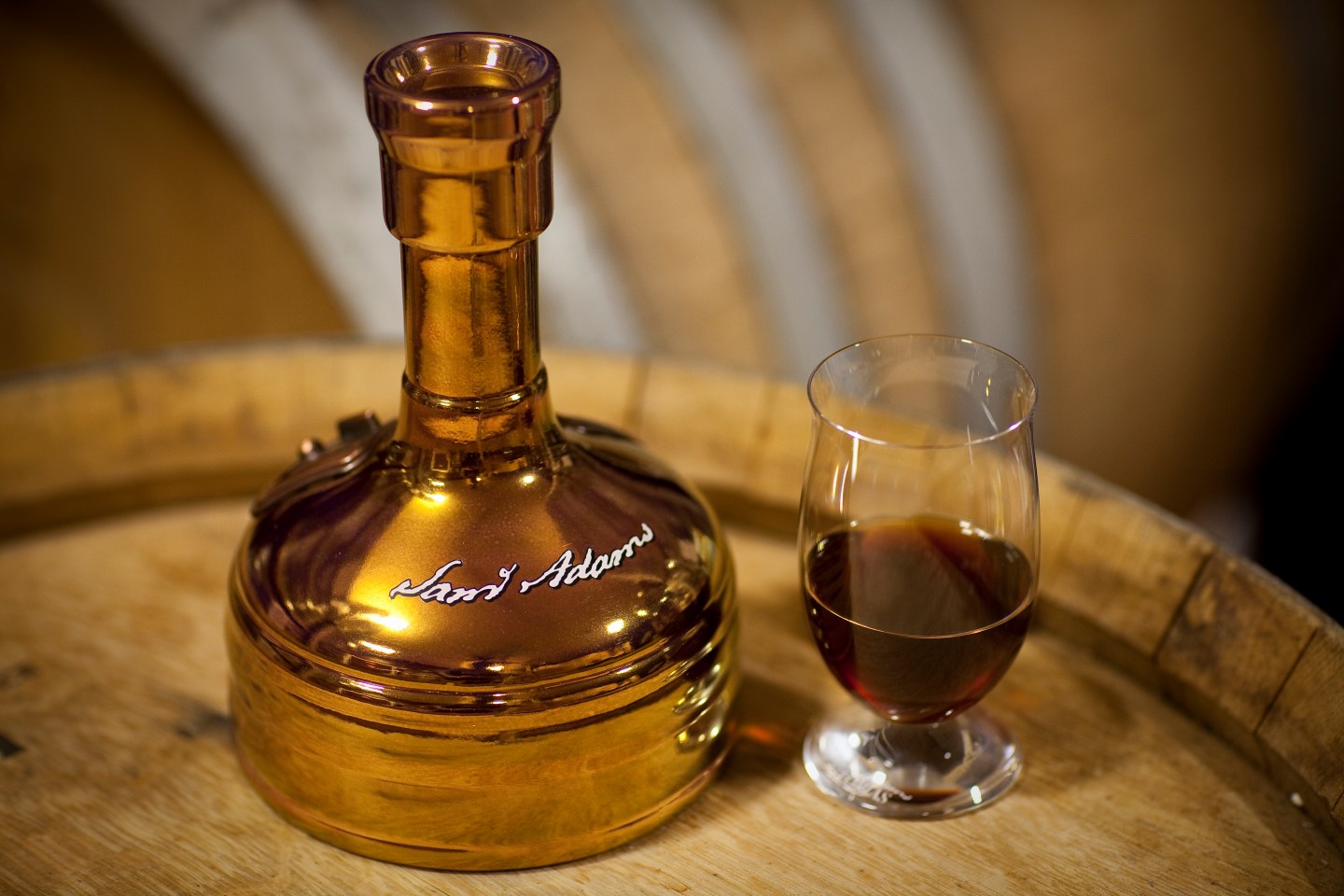 Samuel Adams Utopias, with its $200 price tag and 28% ABV, is illegal to sell in several states.
Credit: The Boston Beer Company

Here’s the good thing about finding a gift for craft beer enthusiasts. They generally love to experiment.

The thrill of the hobby is there’s always something new to try and you’re never sure until you take those first few sips if it’s going to be one of your new favorites – whether it’s your favorite style or one you don’t normally embrace.

Keep in mind, though, that the holidays aren’t a good time to push someone to expand their horizons. If you’re looking for a good beer themed gift – and you didn’t find something in our beer gadget gift guide from last week – you’ll want to pick a style that’s a favorite of your recipient. (And if you don’t know it, don’t guess. Ask. IPAs might be the industry sales leader, but that doesn’t mean they’re universally loved.)

While it is, of course, easy to zip down to the local bottle shop and pick something up, if you’re hoping to really make an impact this holiday, the easiest way to do that is to get them something they can’t get themselves. Live on the east coast? A bottle of AleSmith’s Barrel-aged Speedway Stout could make you a holiday hero. Out west? Cigar City’s Jai Alai is considered a big get.

The trick, of course, is finding those beers. The best way to do that is through social circles. Find a friend who lives far away and ask their advice. If they’re not a beer drinker, dig up a list of the best breweries by state (Thrillest had a solid list this year) and ask them to grab their flagship and send it to you. It takes a little extra time, but it’s an effort that will be appreciated.

Don’t have a lot of time – or all of your friends are nearby? No worries. There are a few standbys that will do quite well. Here are a few of our favorites.

Samuel Adams Utopias – It’s ridiculously expensive (starting at $200 per bottle and often marked up). It has an off the charts 28% ABV. And it’s closer to a cognac than a beer, but having a bottle of Utopias is a big bragging right among craft beer drinkers. It’s something to be savored. And, thankfully, you can reseal the bottle after you open it, enjoying an ounce at a time over the course of several months – or even years. Only released every two years, it’s one of the most unique beers on the market.

Pliny the Elder/Heady Topper – They’re both virtually impossible to find unless you live near the brewery or have really good timing at the bottle shop, but if you’ve got an IPA lover in the house, they’re an easy choice.

Goose Island Bourbon County Barrel Stout – You might hear some muted grumbling about “this isn’t really craft beer” when they open the gift, but ignore that. They’re jumping for joy inside. These once-a-year beers are events. The “Rare” version is long sold out. But the standard BCBS is still something the most discerning of beer drinkers will celebrate.

Green Flash Treasure Chest – If you’re looking for a good beer that supports a good cause, you can’t go wrong with Treasure Chest. Green Flash co-founder Lisa Hinkley is a breast cancer survivor and this once a year pink IPA is a bold, fruit forward offering with loads of grapefruit and floral flavors. The beer leads a Green Flash campaign to aid the Susan G. Komen Foundation.

Anchor Christmas Ale magnum – Sure, you could go with a six pack of this annual holiday ale from Anchor Brewing, but if you really want to make an impact, the 1.5 liter (50.7 ounce) magnum is the way to do it. This year’s version of the ale is thick and rich with chocolate, coffee, and malt flavors, with just a hint of citrus. It doesn’t impart any real spice flavors until after it has warmed to nearly room temperature. And even then, it’s just the slightest whisper of cinnamon.

Dogfish Head Fort – Got someone who enjoys fruit beers on your list? Fort is a Belgian ale that contains an explosion of raspberries. It’s remarkably (almost overly) sweet right now, but this is a gift that can pay dividends in years to come. It’s something that can and should be cellared, giving your loved one something to look forward to in months (or, better still, years) to come.

Noble Brewer subscription – Completely out of your element when it comes to buying a beer? Oftentimes, the instinct is to sign your gift recipient up for a beer of the month club. Those tend to be hit or miss, though. Rather than paying a premium for what may end up being a beer they can get at the local store, why not offer something truly unique? Noble Brewer sends out a quartet of beers from the nation’s best home brewers four times per year. The quality varies, naturally, but you’re certain to give your loved one something they’ve never had before.