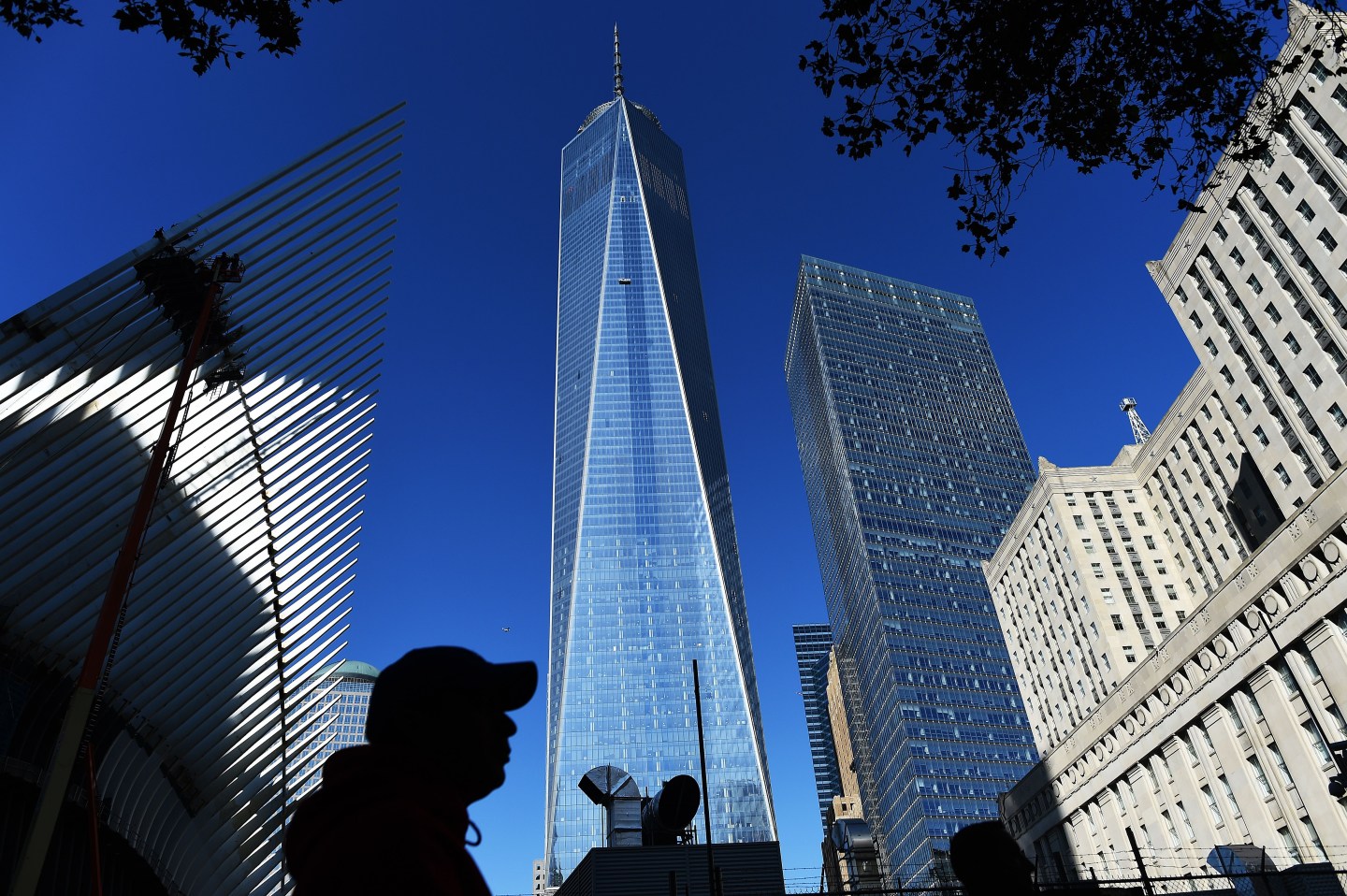 People walk past the construction site of the One World Trade Center in New York on October 17, 2014. US spending on construction slowed in August 2014, with declines in both the private and public sectors, the Commerce Department reported. Total construction spending fell 0.8 percent from July to an annual rate of $961.0 billion, but year-over-year was up 5.0 percent. The July figure was revised sharply lower to $968.8 billion from the prior estimate of $981.0 billion. AFP PHOTO/Jewel Samad (Photo credit should read JEWEL SAMAD/AFP/Getty Images)
Photograph by Jewel Samad—AFP/Getty Images

With the subsidy, which Port Authority estimates is worth $9 million, the public agency hopes to close the deal that would establish the name-brand companies as anchor tenants of the office building—kicking the building’s construction into high gear.

Port Authority’s executive director Patrick J. Foye told The New York Times that the deal could lead to more than $500 million in revenue for Port Authority, which needs the money for projects like a new Port Authority Bus Terminal in midtown Manhattan and trans-Hudson rail tunnel.

Port Authority chairman John Degnan defended the subsidy in a press conference, according to Capital New York, saying, “It seems to me not much different than what the state of New Jersey does repeatedly and the state of New York does repeatedly, which is to [provide incentives to] companies to locate facilities within their jurisdiction, with all the benefits that that brings.”

The two Murdoch-owned companies have not yet agreed to the sweetened deal.