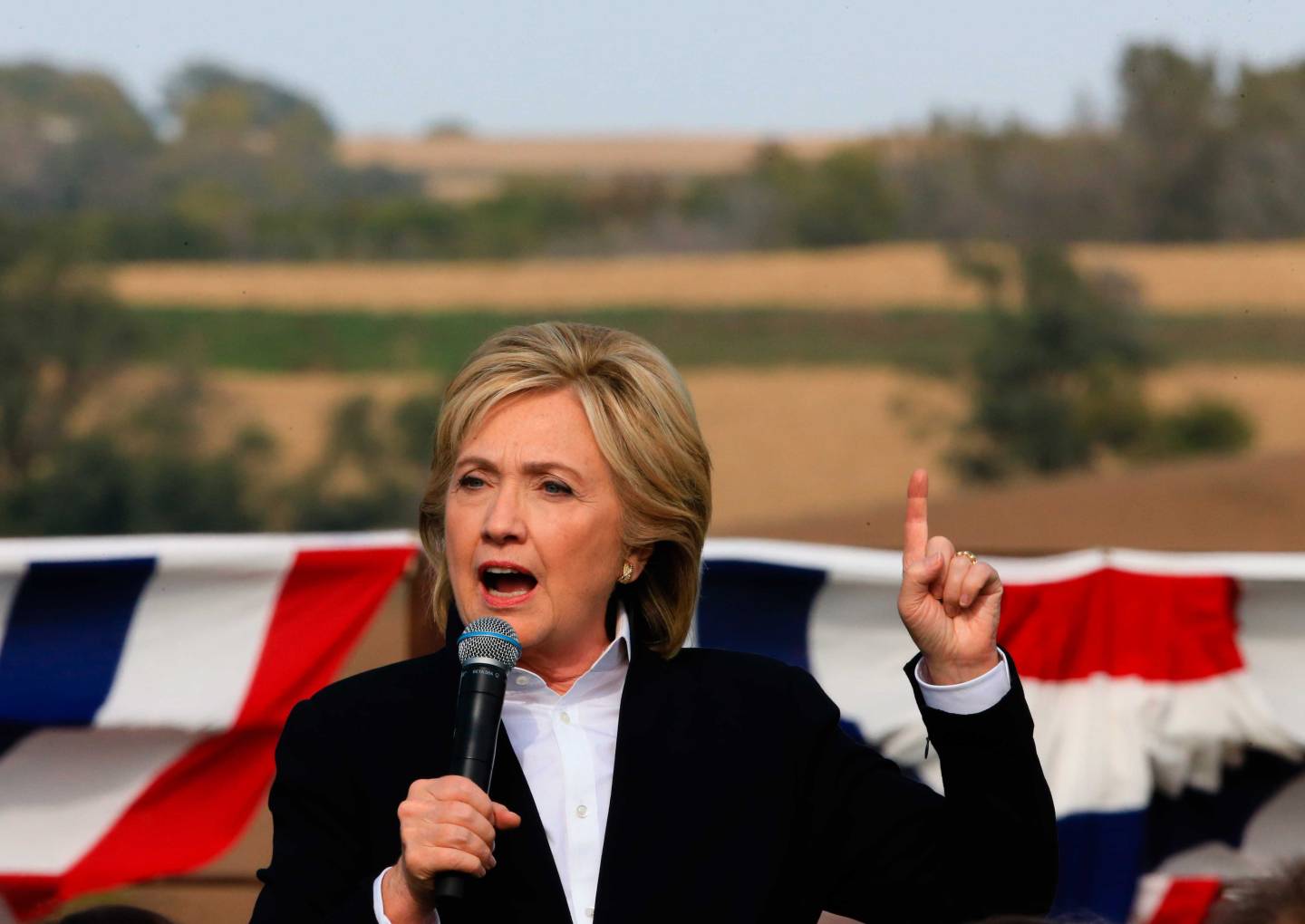 Hillary Clinton doesn’t think Donald Trump is a funny guy. Instead, she thinks he’s a threat to the United States’ national security.

During an appearance on NBC’s Late Night with Seth Meyers on Thursday, she told the host: “I no longer think he’s funny.”

Trump has been making big headlines lately for his call to have Muslims banned from entering the U.S. and that mosques be monitored after attacks by ISIS in Paris and San Bernardino, Calif.

“I think for weeks, you know, you and everybody else were just bringing folks to hysterical laughter and all of that,” Clinton told Meyers. “But now he has gone way over the line. And what he’s saying now is not only shameful and wrong—it’s dangerous.”

“This latest demand that we not let Muslims into the country really plays right into the hands of the terrorists,” she said. “I don’t say that lightly, but it does. He is giving them a great propaganda tool, a way to recruit more folks from Europe and the United States,” Clinton continued. “And because it’s kind of crossed that line, I think everybody and especially other Republicans need to stand up and really say ‘Enough, you’ve gone too far.'”

Fortune has reached out to Donald Trump’s campaign for comment.