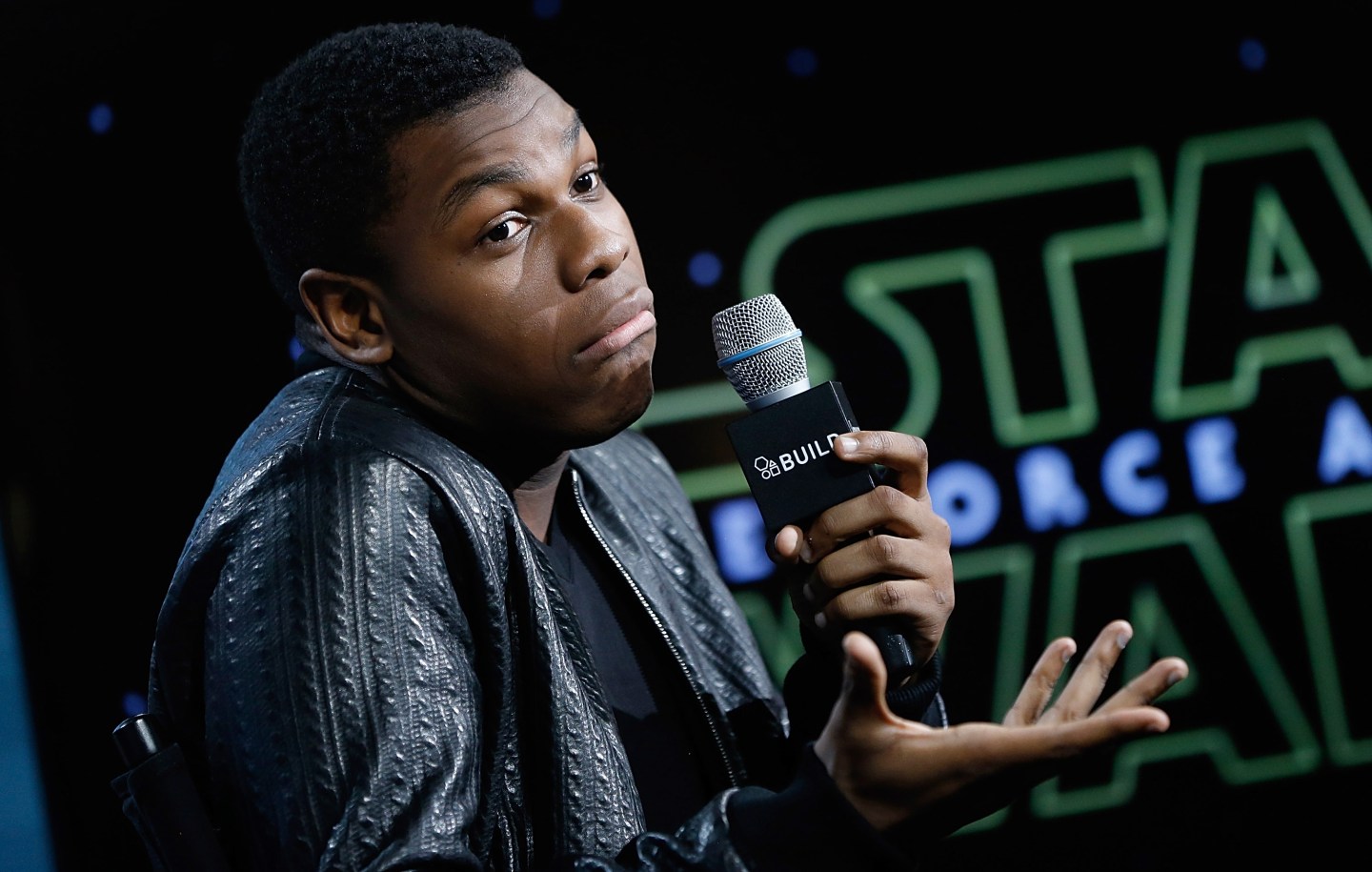 The new Star Wars movie hits theaters next week, and American fans of the Force are so desperate for clues regarding the film’s plot that they’re dissecting footage from movie trailers released overseas.

Walt Disney (DIS) released a new trailer for Star Wars: The Force Awakens for moviegoers in China Thursday and the Internet exploded with posts about new footage found that had not yet been seen by U.S. audiences.

The new material includes a lot of new dialogue between main characters played by newcomers Daisy Ridley and John Boyega, as well as previously unseen footage of an X-Wing battle and Harrison Ford’s Han Solo flying Ridley and Boyega away from danger in the Millennium Falcon.

Before the trailer even begins, Chinese pop star Lu Han wields a lightsaber to plug the movie. As Fortune noted last week, Disney recruited him as an ambassador to hype the film in China, where people aren’t quite as familiar with the Star Wars franchise as those of us who grew up with the films in the U.S. (That lack of familiarity is also likely the reason why China’s trailer offers a more straightforward preview of the movie’s plot.) Lu Han’s boy band, EXO, even has a new Star Wars-themed song out called “Lightsaber.”

Another reason why U.S. fans have had to scrape together hints about the highly anticipated film is Disney’s reported decision to go relatively soft on marketing spending for the film. After all, the new Star Wars already has so much hype, why should the company have to bend over backwards to attract moviegoers? The film may need a bit more of a push in China, where it won’t open until the end of January, especially since that country is well on its way to surpassing the U.S. as the world’s largest movie market.