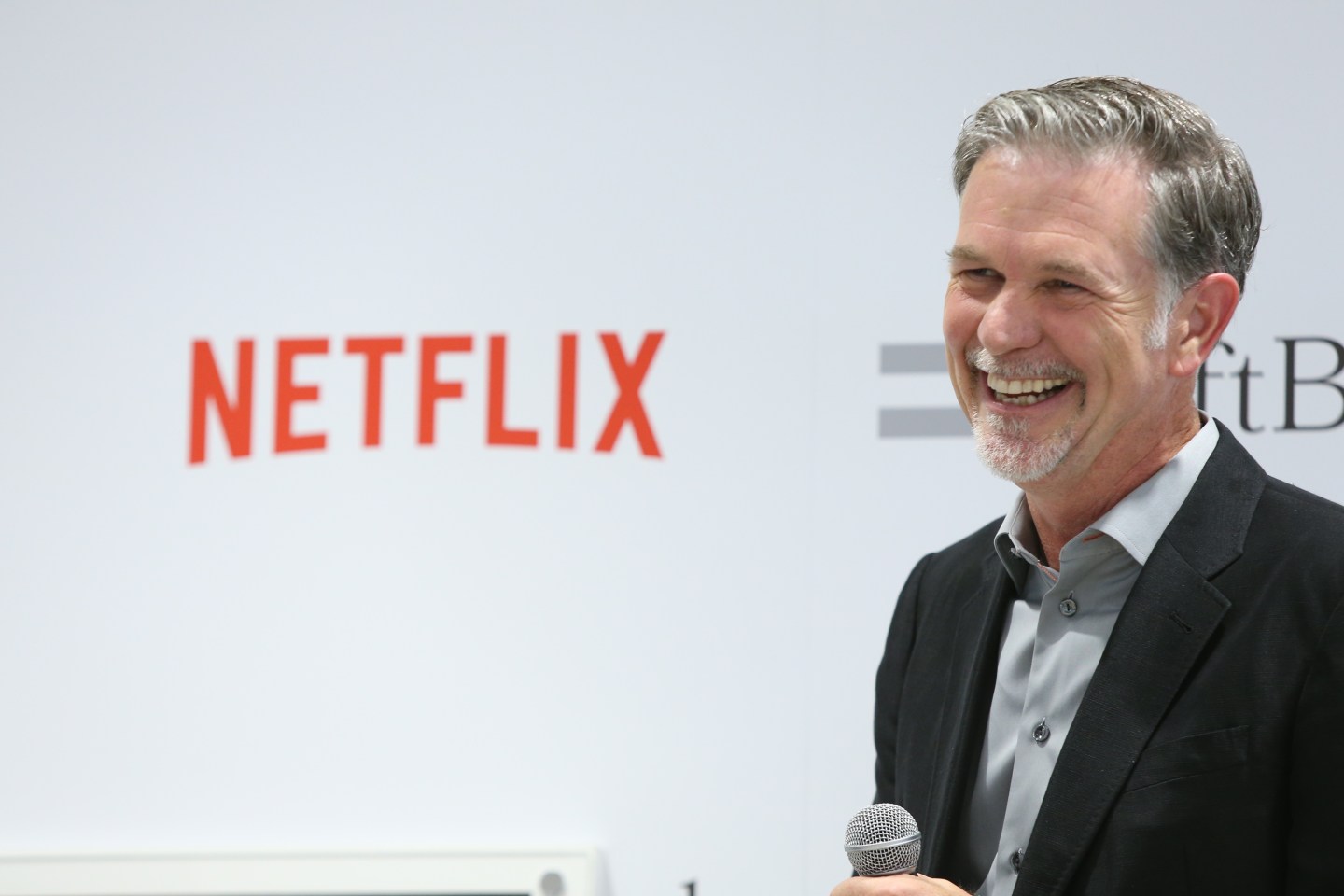 This article has been corrected. See below.

Bragging rights in the world of movies and television belong to Netflix and Fox Thursday after the two companies picked up the most Golden Globe nominations.

The Hollywood Foreign Press Association announced the long list of nominees for awards spanning the screens both silver and small—and, especially, streaming. 21st Century Fox’s (FOX) divisions walked away from the nominations with the best shot at taking home more hardware than anyone else in Hollywood when the award show airs in January.

Fox’s movie division earned a dozen nominations, including best motion picture drama for The Revenant while Joy, Spy, and The Martian were nominated in the comedy category. Television studios FX and Fox Broadcasting picked up another nine nods between them for hit shows such as Empire, Fargo, and American Horror Story: Hotel.

Meanwhile, Netflix’s (NFLX) bets on an expanding slate of original content continue to pay off with critics. The popular streaming service earned nine total Golden Globe nominations, including its first ever in a film category, with Idris Elba getting a supporting actor nod for his role in the Netflix film Beasts of No Nation. Netflix’s television shows racked up most of its nominations, though, with Narcos and Orange is the New Black getting called out as being among the best television series in the drama and comedy categories, respectively.

In fact, this year’s Golden Globe awards represent a big opportunity for streaming services in general. Amazon’s (AMZN) Instant Video picked up five nominations overall, with original shows Transparent and Mozart in the Jungle both receiving nods for best musical or comedy series. (Transparent won the award at this year’s Golden Globes before also picking up several Emmys.) Hulu also picked up its first-ever nomination, with the nod going to original series Casual for best musical or comedy series as well.

Award nominations are about more than honoring artistic achievement for major studios, who see awards shows as opportunities to attract even greater audiences. For Fox, the bevy of Golden Globe nominations is likely a welcome sight at the end of a year where the company’s film studio finished fourth in the domestic box office race and suffered a major summer flop with the Fantastic Four reboot.

And, for streaming services like Netflix, Amazon, and Hulu (in which Fox actually owns a stake, along with NBC and Walt Disney’s (DIS) ABC), continued success in earning award nominations is further proof that they can compete with traditional studios and television networks for America’s entertainment dollars.

Correction: An earlier version of this article incorrectly identified Trainwreck as a 20th Century Fox release when it was actually released by Universal Pictures. Joy, Spy, and The Martian are the Fox films nominated in the comedy category. The article has been corrected.