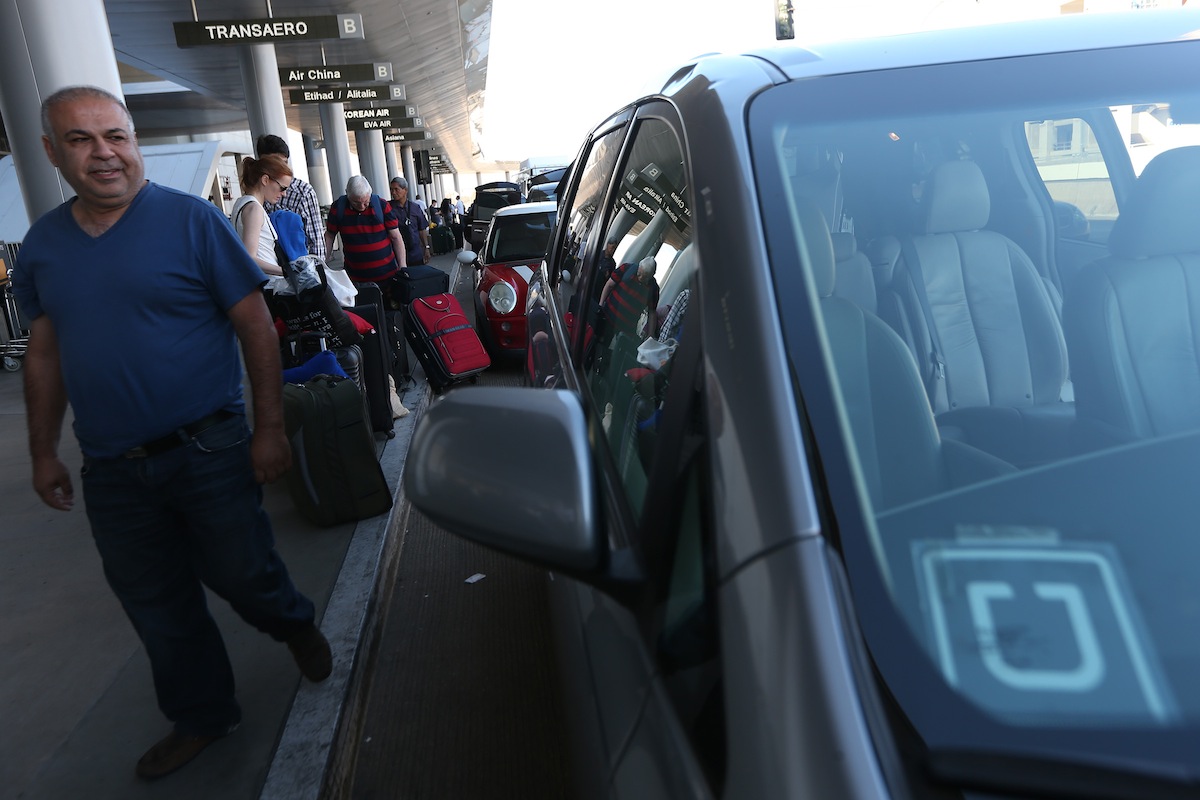 LOS ANGELES, CA, TUESDAY, OCTOBER 20, 2015 - Uber and Lyft cars are restricted to drop off only at LAX. Despite promises by Mayor Eric Garcetti in April that pick ups would be allowed by Summer, drivers are still waiting for the go-ahead. Uber driver Behzad said not being allowed to pick up a fare after dropping off at LAX is "a waste of time and money." He thinks the policy change at the airport won't change his overall outlook on the company. "The guy in San Francisco makes all the money," said Behzad. "With those people you cannot win." (Photo by Robert Gauthier/Los Angeles Times via Getty Images)
Photograph by Robert Gauthier — LA Times via Getty Images

A U.S. judge ruled on Wednesday that Uber drivers could participate in a class action against the company over their employment status, even if they did not opt out of an arbitration clause in their contracts.

Drivers sued Uber in San Francisco federal court, contending they are employees and entitled to reimbursement for expenses, including gas and vehicle maintenance. The drivers currently pay those costs themselves.

The results of Uber’s legal battle could reshape the on-demand economy, which is built around Internet companies that serve as marketplaces matching people who provide a service with others looking to pay for it.

Earlier this year, U.S. District Judge Edward Chen said Uber drivers must have opted out of arbitration to be a member of the class. At the time, Uber said Chen’s ruling meant only a “tiny fraction” of a potential 160,000 California drivers would be eligible to be class members.

But on Wednesday, Chen found some of Uber’s arbitration agreements unenforceable. Chen also ruled that drivers could pursue expense reimbursement claims against the company as a class action.

Representatives for Uber could not immediately be reached for comment.