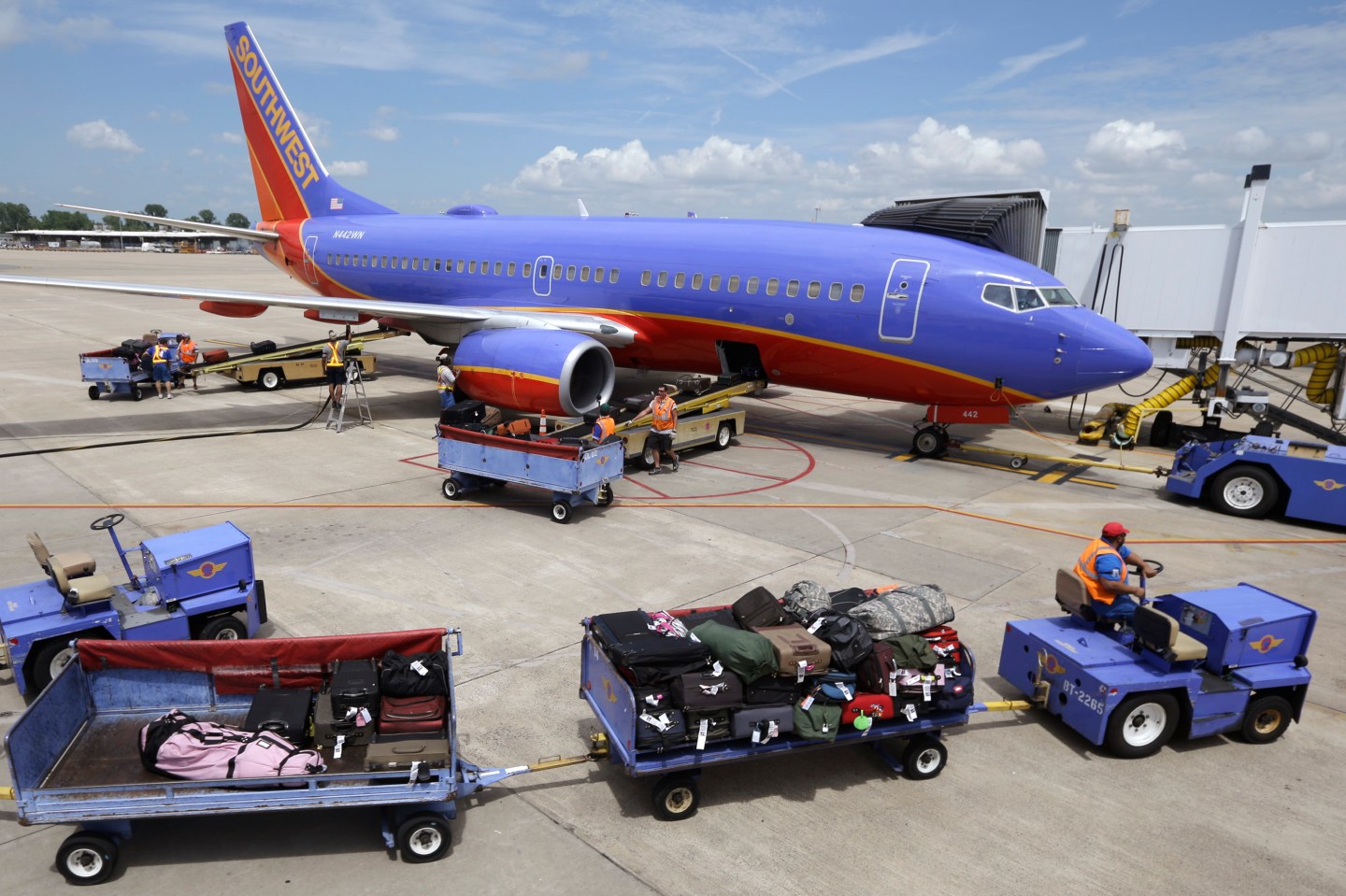 FILE - In this June 19, 2014 file photo, baggage carts are towed to a Southwest Airlines jet at Bill and Hillary Clinton National Airport in Little Rock, Ark., as the Boeing 737 is serviced. For a fee, several airlines, including Southwest, will now let you skip the baggage carousel and have your bags delivered straight to your home, office, hotel or any other location within 40 miles of the airport. (AP Photo/Danny Johnston, File)
Photograph by Danny Johnston — AP

The new travel option will be available starting April 2016, according to a press release. People will be able to start purchasing flights from LAX to Daniel Oduber Quiros International Airport beginning early next year.

“We proudly carry more passengers to and from California airports than any other airline and continue to invest in the Golden State by adding new short, medium, and long-haul service this year from all nine of our California airports,” Andrew Watterson, Southwest Airlines senior vice president of network and revenue management, said in a statement.

He added, “We are just getting started with a service footprint outside the U.S. mainland designed to offer the more than 100 million People who fly with us every year international opportunities to connect with what’s important to them.”

The announcement of the new route comes a day after Southwest revised its 2015 revenue guidance downwards.

An earlier version of this article incorrectly stated that the new flight path was to Puerto Rico.