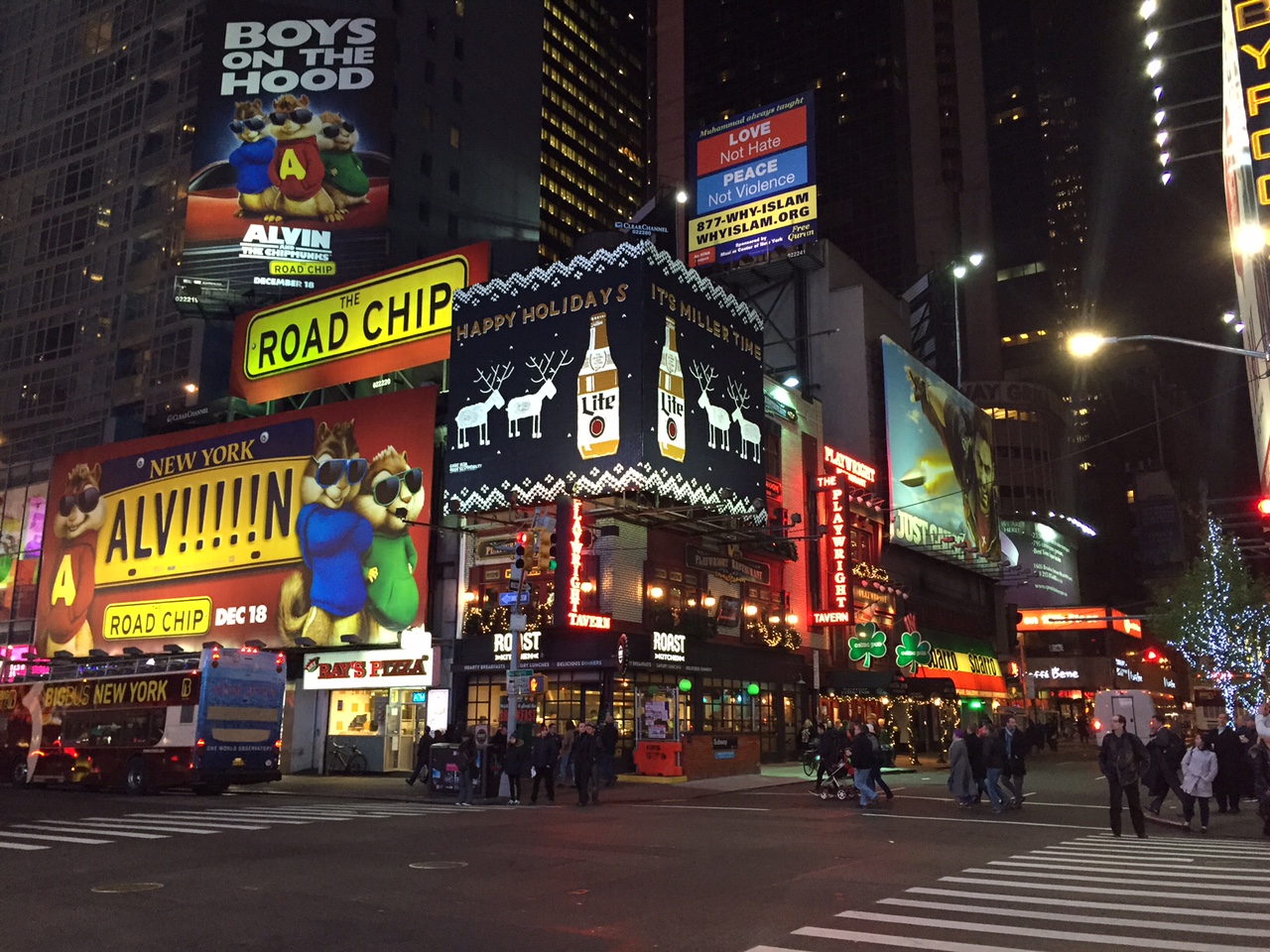 Miller Lite has embraced the holiday season in a unique way this year. It constructed a massive “ugly sweater” in New York City’s iconic Times Square.

The billboard, located on the corner of 49th and 7th, was made by Brooklyn-based street artist London Kaye. It features 76,500 yards of yarn – that is over 43 miles – and 300,000 crochet stitches. The project took Kaye more than 250 hours to complete.

“This is the most massive project I’ve take on,” Kaye told Fortune. Amid the bright lights of Times Square, the 27-year-old artist said there was simplicity in the Miller Lite-commissioned billboard that also evokes a sense of nostalgia.

Miller Lite has scored a few notable wins recently, performing well in a light American lager category that has faced pressure from craft brands and Mexican imports. Miller Lite reported volume and market share growth in the latest quarter. A return to the original, white label on the cans and bottles gave Miller Lite a sales jolt in 2014, and a move to bottle some beer in the old school “Steinie” bottle boosted six pack sales by around 20% from this time last year.

MillerCoors posted a YouTube video that depicts the construction and unveiling of the ad in Times Square. That video can be viewed here.