The Makers of ‘Shrek’ Are Getting Into Television 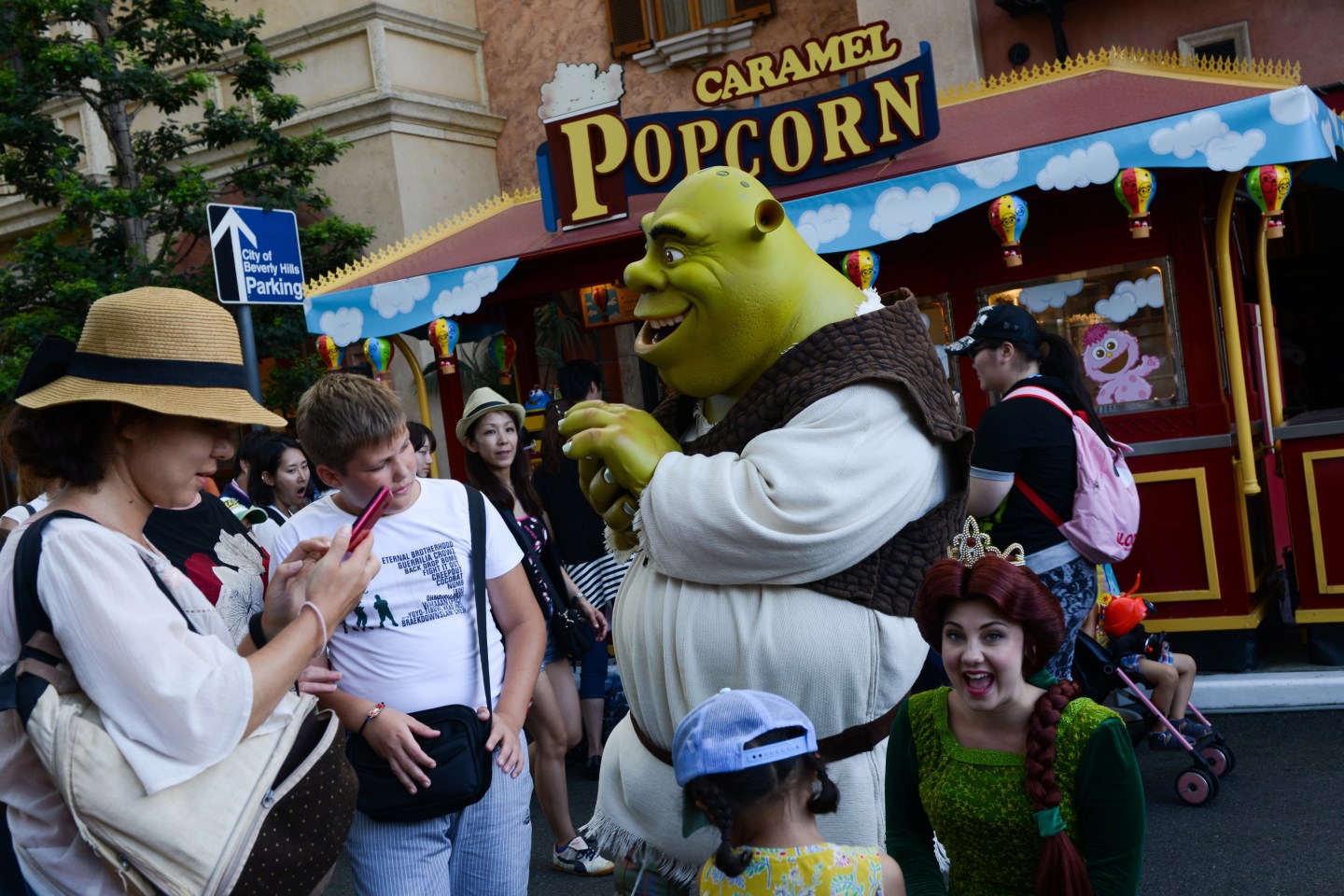 Visitors talk and take photographs with a Shrek character at the Universal Studios Japan, operated by USJ Co., in Osaka, Japan, on Thursday, Aug. 7, 2014. USJ is counting on its cachet turning around a failing Universal Studios theme park in Japan to win a partnership with a foreign casino operator. As the country edges nearer to legalizing gambling resorts, the company is in talks with MGM Resorts International, Caesars Entertainment Corp. and Genting Bhd. for a possible tie-up, Chief Executive Officer Glenn Gumpel said in an interview. Photographer: Noriko Hayashi/Bloomberg via Getty Images
Photograph by Bloomberg — Getty Images

DreamWorks Animation, the creator of Shrek, is looking to move beyond theaters and get into live-action television.

The company is starting a new division in order to find alternative ways to boost revenue, the Wall Street Journal reported.

The move comes as DreamWorks has released a series of films that failed to make a splash at the box office, according to the publication.

“There is an age when animation taps out,” Ann Daly, the DreamWorks president, said Tuesday at a media business conference, according to the Journal. It “would give us the opportunity to run from preschool all the way up to adults.”

Daly added that the investment in the new television division will be less than $10 million. Additionally, she said that DreamWorks is not planning to launch a video-on-demand service.

In April, DreamWorks partnered with fast food chain Denny’s to create an app for children looking to color during their family’s meal.