Here’s Why Japan Didn’t Sink Into a Recession Again 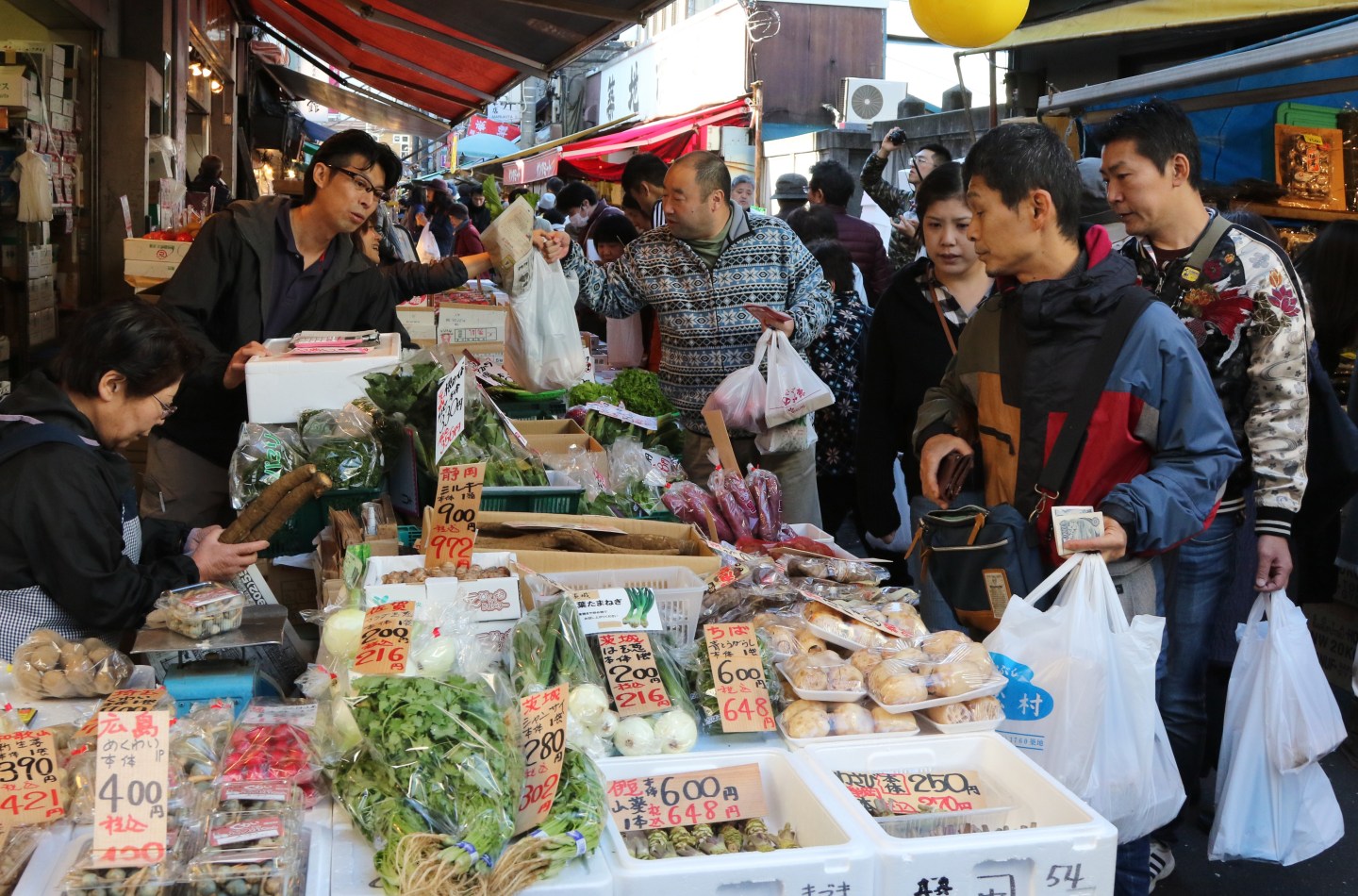 Even before Tuesday’s revised figures banished what preliminary data said was Japan’s fourth recession in five years, it was an unlikely downturn, complete with high employment, heaving hotels and tinkling cash tills.

After the economy shrank in the second quarter, preliminary figures for a 0.8% contraction in the third quarter fitted the definition of a recession—two consecutive quarters of negative growth—but final figures for the July-September period put the economy back on the front foot with growth of 1%.

Though exports have taken a hit from China’s slowdown, and wage growth is lackluster, the world’s third-largest economy hadn’t been behaving like it was on the ropes.

The labor market is near full employment, with just 3.1% out of work, the lowest level in two decades.

For now at least, it is part-time workers who are seeing most of the benefit, both in hiring and pay. Part-time pay has jumped 3.8% since the Bank of Japan adopted a massive stimulus program in April 2013.

That is leading to a steady gain in household income, which is working its way into spending.

Department store sales rose for the fourth straight month in October on brisk demand for jewelry and luxury goods, helping operators like Isetan Mitsukoshi Holdings revise up its earnings forecasts for the year to March 2016.

Overall retail sales rose 1.8% in the year to October, with supermarket sales up for the seventh straight month.

“I think the economy is getting better,” said a smartly dressed woman waiting for a dinner partner in Tokyo’s business district. “When the economy gets better, I tend to spend more.”

And it’s not just a big-city phenomenon.

Izumi, a midsize supermarket operator in Hiroshima, western Japan, is also not feeling the pinch of recession.

“High-end products are selling well, such as the most premium ‘wagyu’ beef sold on our shelves,” said spokesman Ikuo Goto.

Capital expenditure is showing signs of life, too, with a government survey finding investment rose at the fastest pace in more than eight years in the third quarter.

Indeed, capital expenditure accounted for much of the swing in the revised third-quarter figures, flipping from a 1.3% preliminary drop to a 0.6% rise.

Despite concerns over soft Chinese demand, 80% of firms polled by Reuters said they were sticking to their spending plans for the second half of the fiscal year.

Some analysts say Japan’s economic cycle has become shorter as companies adjust inventory more quickly to fluctuations in demand, which means the economy tends to contract more frequently but the downturns are fairly shallow and short-lived.

So instead of responding to these short-term fluctuations, the government ought to take a longer view, says Hideo Kumano, chief economist at Dai-ichi Life Research Institute.

“What the government really needs to do is to implement steps to strengthen Japan’s potential growth,” he said.

But there is no quick fix for the long-term structural problem of Japan’s dwindling working-age population.

So when companies like Hakuhodo, which produces brushes for traditional Japanese calligraphy and for make-up, think ahead, they aren’t putting all their eggs in the Japanese basket.

For now, Hakuhodo’s general manager Ko Takamoto says domestic sales are very strong, but the company has wider horizons for the plant it opened in May.

“Our new plant is aimed at boosting production to meet overseas demand…We see growth prospects in Asia and the Middle East,” he said.