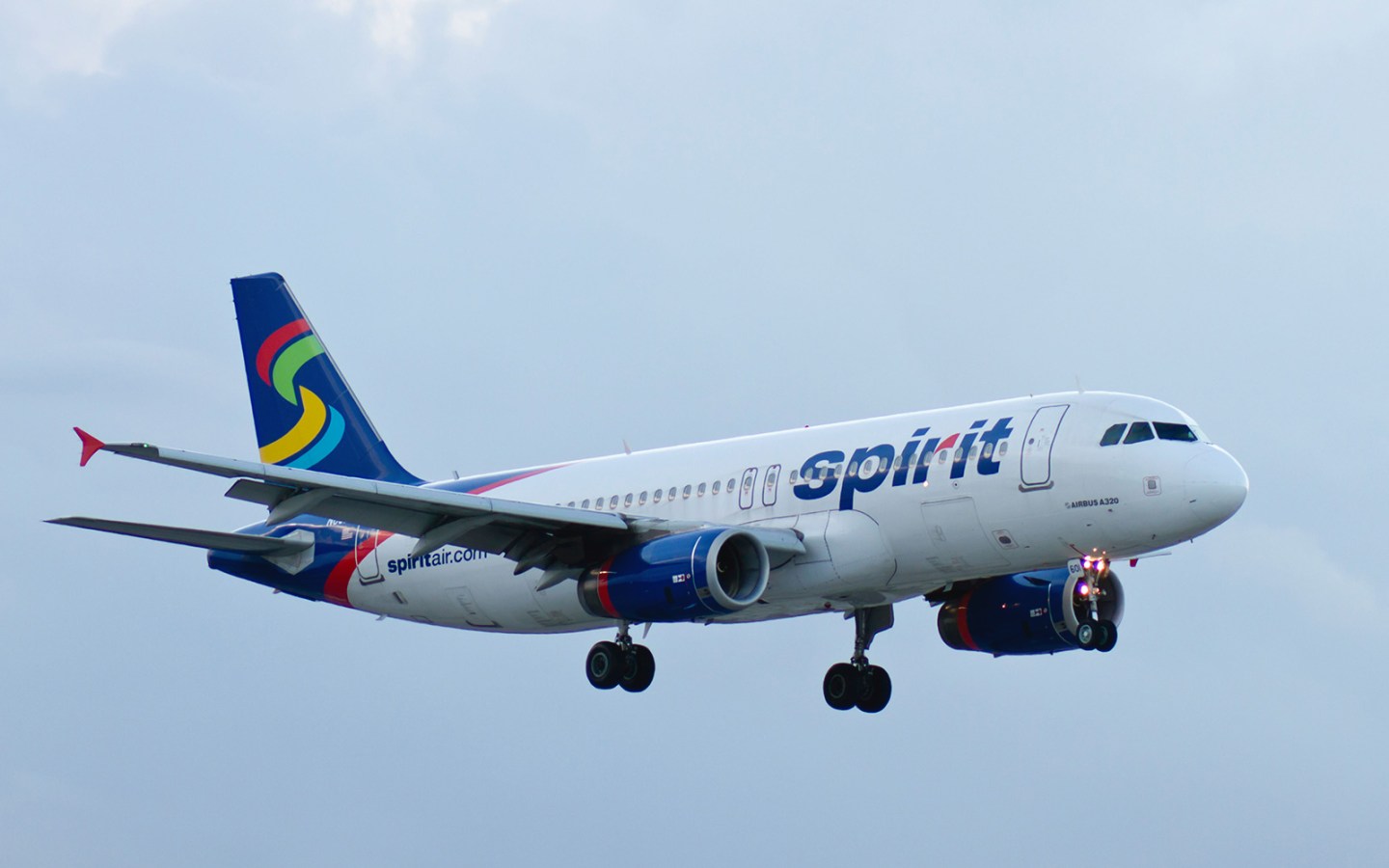 When it comes to air travel, some hiccups, like weather-related flight delays and the occasional lost bags, are unavoidable. But one factor that is within an airline’s control is their customer service. What makes the difference between a positive experience and a negative one usually isn’t how long you waited on the tarmac or whether the in-flight headphones worked, but how you were treated. Good customer service can go miles toward making a passenger feel welcomed or smoothing over a difficult situation. But unfortunately, not every airline is able to pull this off with aplomb: the 25 airlines listed here ranked last in customer service in this year’s World’s Best Awards survey.

From the moment a passenger clicks onto an airline’s website to the second they retrieve their last piece of luggage from baggage claim and make their way to the airport exit, there are so many opportunities for a brand to get their customer interface right—and perhaps even more ways they can screw it up, as the 2015 T+L survey responses highlighted. For more on the methodology of our survey, click here.

Several readers noted that a clunky website can be maddening, especially when coupled with inadequate phone support, as is a hectic boarding system. Other T+L readers complained about shoddy loyalty programs that inspired, well, disloyalty, with fewer benefits and expanded restrictions that make it difficult to use frequent flyer miles. But the subject that prompted the most rancor was unfriendly or disinterested airline representatives and flight attendants. “Poorly trained staff,” wrote one survey respondent about Spirit Airlines, which received the dubious distinction of being the number one worst airline for customer service. “Unprofessional and not helpful on the plane flight.”

Disgruntled tweets, frustrated Facebook messages, detailed critiques on travel review websites like SkyTrax, and official complaints registered with the Department of Transportation in a public report help complete the picture now that social media is making it easier than ever for travelers to voice their concerns. Some users craft concise complaints in 140 characters or less on Twitter, while others document their displeasure with tell-all Instagrams. “Hey @AmericanAir,” said Instagram user @UpgradeToFirst, who posted an unappetizing photo of an inflight meal. “Is this the best you can do? The taco salad is absolutely gross.”

With critiques that range from the heartbreaking to the utterly outrageous, here’s what T+L readers and other travelers had to say about customer service on the 25 airlines that came in on the bottom of pile.

Iberia might be one of the world’s largest commercial airlines, but apparently size doesn’t matter when it comes to customer service. “The flight attendants are not very friendly or helpful,” said one T+L reader. “If you ask for something they act like you are imposing on their own time.” Several other readers concurred. “The worst crew I’ve ever seen, they are impolite and not service-oriented.” Bigger, it seems, isn’t always better.

By the end of 2014, Italy’s national carrier had flown more than 720,000 passengers. One of those flyers, Twitter user @n6gold, expressed his frustration with the airline’s organization. “Alitalia check in…is a joke. Been here 20 mins. Haven’t moved. No bag drop. No C class desk. Disorganized chaos.” T+L readers had similar concerns, writing that Alitalia flights “don’t guarantee seats you picked months in advance,” and complaining about rude, unfriendly staff. A few survey respondents even swore off the airline entirely. “Alitalia was the worst travel experience of my life,” wrote one reader. “They have lost all of my and my wife’s luggage, and have never reimbursed us a penny for it even after us trying to call them for a year!!! I will NEVER step into their plane again, not even if the ticket is free.”

“Always delayed,” wrote one T+L reader about China’s state-owned airline. “Don’t let you use your iPhone during the entire flight even if it is on airplane mode.” Other readers had broader concerns: “All other airlines are much better in service, comfort,” wrote one survey respondent. “The food quality is very bad…every other Chinese airline is better.” One reader, however, gave Air China an A for effort: “I think they try harder than US-based airlines.”

It might not have taken the top spot for worst customer service, but United Airlines racked up a staggering number of complaints on our World’s Best Awards survey. Issues with seating were at the top of the list. “Bumped from paid-for first-class seats to last row in coach next to the toilets. Rep was too busy to even provide refund—had to follow up by mail and phone to get any compensation whatsoever. They did not seem to care about what they did,” wrote one survey respondent. “The United Board and the executives should be forced to ride in coach class for a week, including cancelled connections and lost luggage. Hell isn’t as bad as this airline,” fumed another. More troubling were the survey respondents with special needs who complained about the airline’s treatment of them. “Was not treated well while traveling with my large service dog. I am a double amputee as a result of the Boston Marathon bombings. Will not fly this airline if I can help it,” wrote one T+L reader. “Horribleeee—was in a wheelchair and all but ignored,” said another. “Will never fly again with them.” Can’t say we blame them.

Limited legroom is an area of contention, especially for frequent fliers. Cramped knees are commonly caught on Instagram, like this photo of @Ellechemist’s legs pressed up against the seat in front of her, accompanied by hashtags such as #frontierairlinessucks, #backpain, and #worstairline. To be fair to Frontier, they’re hardly the only carrier shrinking back on seat pitch. But survey respondents complained of other issues as well: “I hate flying with them. I have a service dog and they made it so hard to travel. I was flying stand-by and I had to talk to multiple desks on two sides of the Colorado airport. Made traveling more stressful.”

A regional subsidiary of American Airlines, American Eagle has been dinged for delays and unwelcoming attitudes. A recent trip on the airline made one World’s Best respondent long for the good old days of glamorous air travel: “I have been riding airlines since 1964 and there is no comparison from then to now. The experience now is horrid compared to…the 70’s.” A reviewer on SkyTrax described the American Eagle staff’s style as “generally terrible/confrontational,” adding, “If these people spent half the time they do berating customers actually doing their jobs correctly maybe they wouldn’t have such a terrible track record with customer service.”

US Airways flew its last flight in October of this year (and released a very sweet video to commemorate the event). The brand merged with American Airlines in 2013, and American recently discontinued the US Airways brand name. In the coming year, customers will be watching American Airlines, now the largest airline in the world, to see if its growth in size is matched by an improvement in customer service. Considering that American is rated 11 in this list, it’ll be an uphill battle.

This domestic carrier serves the U.S., and provides charter service to Canada and Mexico. While the airline boasts low-low fares, it also has a large crowd of critics. “Never had a good experience with Allegiant,” said one T+L reader. “Unreliable planes, apathetic flight crew, and rude and unhelpful customer service.” On Twitter, @AllegiantSucks tracks complaints and links to negative news, like the story of a man who couldn’t get a refund for his wife’s plane ticket, even after she passed away. “The told me, no we don’t do refunds,” said the widowed man from Washington State. “No refunds under any condition.” That seems like a policy they might want to re-examine.

A low-cost British carrier with all-economy class seats, easyJet certainly inspired strong feelings among many T+L readers. “I would not fly on easyjet again! Period!” wrote one reader. “Problems at the gate, rush to make decisions to check in or lose your flight! This is no way to run an airline!” Another survey respondent chafed at the discount airline’s many additional fees, writing, “They charge you for everything.” (Some of that money is presumably going toward easyJet’s new drone inspectors, which will hopefully help curb delays.) But in the meantime, unfortunately, the airline might continue to receive reviews like this succinct nugget from a T+L reader: “Worst travel experience ever.”

Spirit Airlines received lower marks for customer service than any other airline included in the World’s Best Awards survey. Not surprisingly, T+L readers had a lot to say about this low-cost carrier. “Worst airline in the world,” wrote one reader. “They leave you stranded when they cancel your flight, then basically tell you they don’t care. If they could figure out a way to charge for oxygen, they would do it. Used to fly them regularly but now I would pay more to avoid them.” The airline tries to deflect these types of customer complaints on Twitter, but the automated, robot-generated responses from “Spirit Autopilot” are hardly a consolation to disgruntled passengers. After receiving an unsatisfactory response for a complaint about the airline’s checked-bag fee policy, one user wrote, “This is your retort @SpiritAirlines? Did you also skimp on customer service to save $$?” As it turns out, yes, they did. “A big social media team costs money, so we put our feed on Autopilot to save you cents on every ticket,” states the company’s Twitter bio, which directs passengers to the customer service page of their website instead. That reasoning doesn’t reassure customers like @etholk, who wrote, “It would be nice if [you] guys even pretended to take the opportunity to show your customers that you care about them.”