Why the Feds Don’t Want Staples to Buy Office Depot 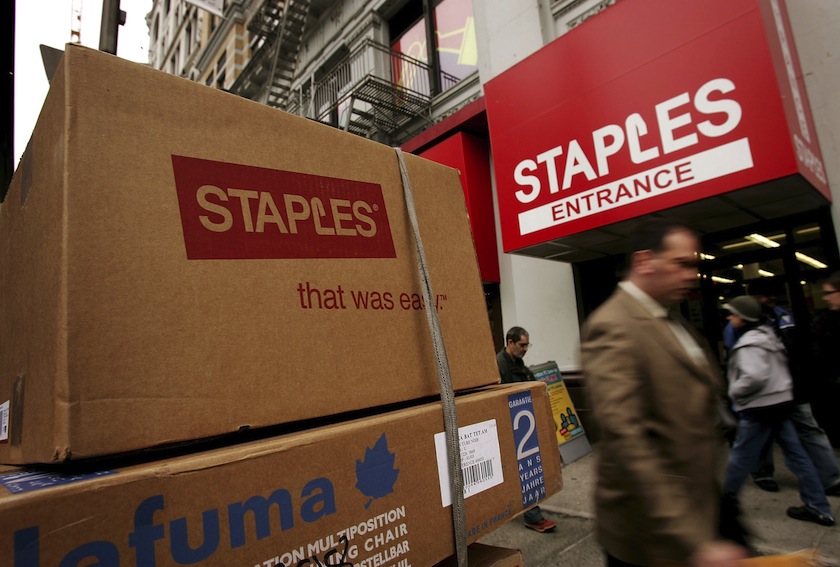 There was no mention of office furniture, electronics, or other such goods.

Staples originally agreed back in February to buy Office Depot in a deal that, at the time, was valued at $6.3 billion in cash and stock. This came 19 years after Staples had originally agreed to acquire Office Depot—at the time for $3.36 billion—at which point it was blocked by federal regulators who were concerned that the deal would result in a price-gouging duopoly between Staples and Office Max.

Office Depot had since acquired Office Max, but Staples believed that the intervening increase of online rivals like Amazon (AMZN) and Walmart (WMT) would adequately address antitrust concerns. Apparently it was wrong.

The deal would involve nearly $4 billion in cash and a stock component that has fallen significantly in value since it was originally announced. The overall equity value stood at $5.45 billion as of Monday’s market open, although Staples stock has tumbled further since the Federal Trade Commission announcement.

Staples and Office Depot have said that they will contest the FTC action.

All of this comes amid a recent burst of U.S. antitrust activity. A merger between canned tuna companies Bumble Bee and Chicken of the Sea was called off Friday due to Department of Justice concerns, and on Monday, General Electric (GE) canceled a contested $3.3 billion sale of its home appliances unit to Sweden’s Electrolux.