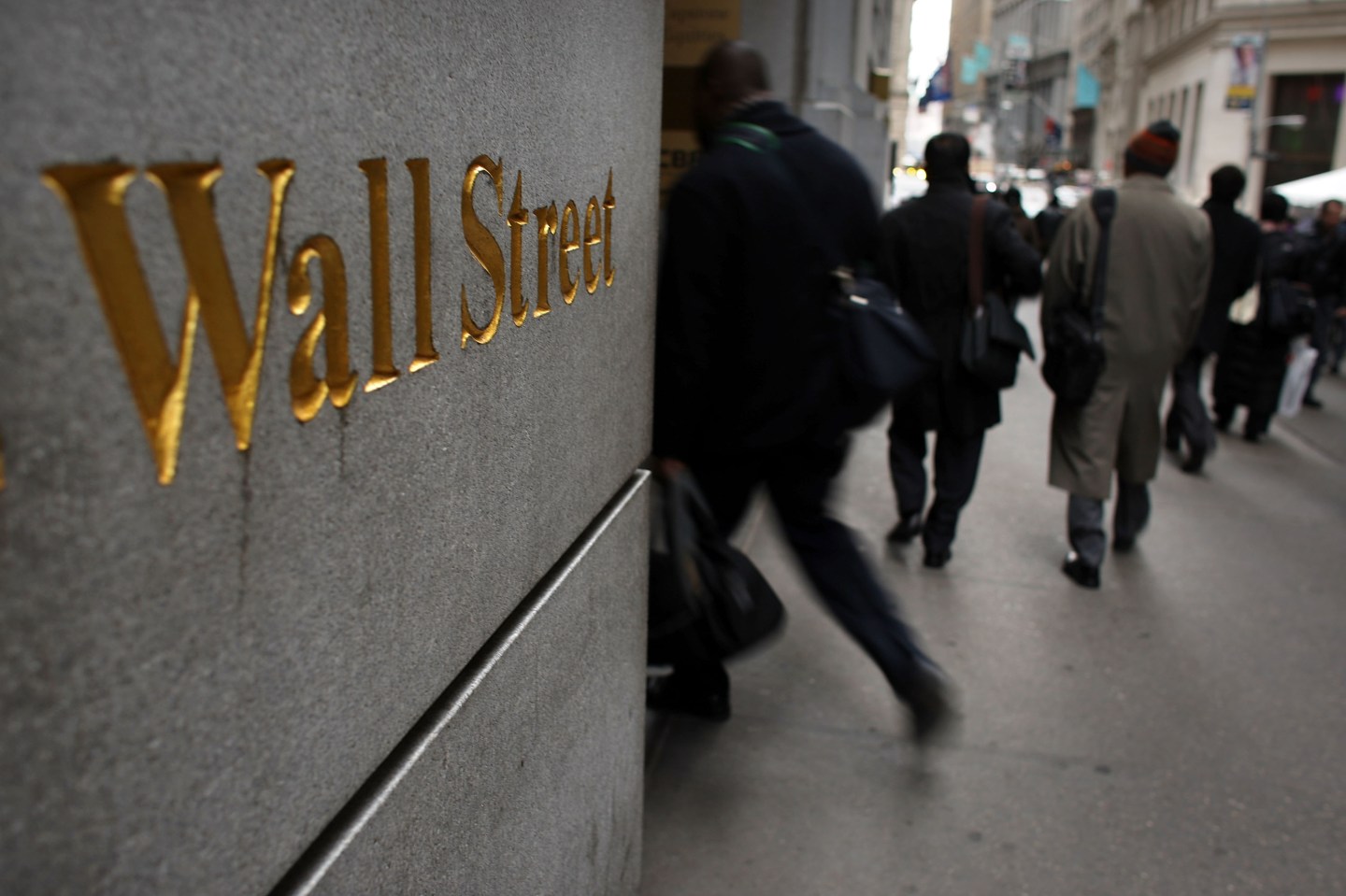 NEW YORK - JANUARY 22: People walk down Wall Street January 22, 2008 in New York City. Following a sharp fall in international markets Monday, the Federal Reserve lowered its lending rate by three quarters of a percentage point to 3.50% Tuesday. This is the largest interest rate cut since 1984 and the first intrameeting move since September 11, 2001. Wall Street came back in morning trading after news of the Fed's significant cuts. (Photo by Spencer Platt/Getty Images)
Photograph by Spencer Platt — Getty Images

Vanguard investors might soon have to pay billions more in fees a year.

The popular mutual fund company is known for its low cost index funds. But a whistleblower suit claims that one of the reasons that its index funds are so cheap has allowed the company to avoid tens of billions of dollars in taxes in the past eight years alone. The suit claims that Vanguard owes $35 billion in back taxes, penalties and interest since 2007.

Vanguard’s investors would not be liable for those payments. But the suit claims that Vanguard would have to dramatically raise its fees, perhaps by as much as four times, in order to become compliant with tax law. That would collectively increase the fee that Vanguard investors in all of its mutual funds pay the company by nearly $20 billion in the past year alone.

Here’s the problem: Vanguard is set up like a mutually owned company to benefit investors in its funds. Vanguard says the fees it charges its mutual funds investors are “at cost.” Other mutual funds companies charge their investors a fee equal to the amount it costs to run the fund plus a mark-up for a profit. The ‘at cost’ arrangement essentially allows Vanguard, which is a private, for-profit company, according to the suit, to claim it its mutual funds owe no taxes because all the benefits go to its investors.

If it were forced to pay taxes, Vanguard–if it is truly offering its services at cost–would have to raise its fees to cover the taxes it is now avoiding. The suit has been around for two years, but it has recently gotten some notice because Vanguard last month agreed to pay millions of back taxes in Texas. That state awarded the former Vanguard tax attorney David Danon a $117,000 whistleblower fee.

Vanguard told Bloomberg News that any indication that Vanguard would be forced to raise its fees because of the whistleblower suit is “speculative,” and that the company and its mutual funds pay a “fair and appropriate amount of taxes.” Vanguard said the Texas payment was the result of a routine audit. A similar whistleblower lawsuit by Danon in New York was thrown out in New York on technical reasons last month, though the judge said tax authorities could still investigate the claims.