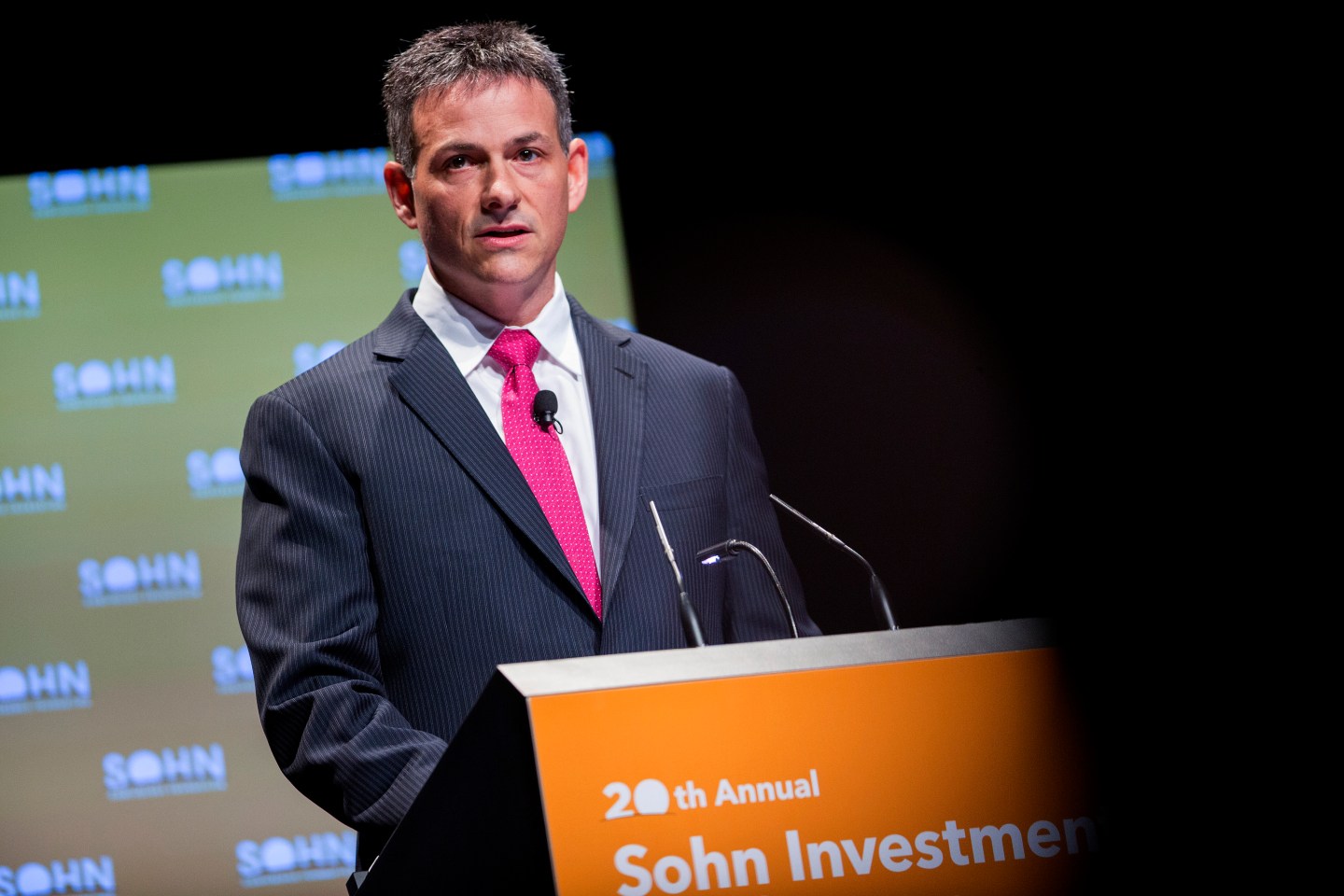 Hedge fund manager David Einhorn might want to kick his coffee habit. The founder and president of Greenlight Capital, who bet that Keurig Green Mountain’s stock price would collapse not once but twice, appears to have been proven wrong on that investment yet again.

Keurig Green Mountain (GMCR) shares gained more than 72% on Monday after announcing that it’s being acquired and taken private by German investment group JAB Holding Co. for $13.9 billion. That’s bad news for short-sellers like Einhorn, who since the spring has been betting that Keurig’s shares would fall.

That bad bet will only further darken one of the worst years in Einhorn’s career. At the end of November, Greenlight’s main fund was down nearly down nearly 21%.

Einhorn first shorted the maker of instant coffee pods and machines in 2011, but gave up and exited the position in the third quarter of 2014, saying in a letter to shareholders that the firm had lost about $20 per Keurig share as the stock’s price continued to rise. “It would be tempting to write an entire book on our experience with this ultimately unsuccessful short,” Einhorn wrote in the letter, saying that Greenlight’s short thesis had been “defeated.”

But as Keurig shares began declining earlier this year (the stock dropped 42% through the first half of 2015, and is still down 33% year to date), Einhorn evidently decided that the company had more to lose after all. In another letter to Greenlight shareholders this fall, Einhorn announced that he had shorted Keurig again when the stock was at $102.08 (it traded around that price in May). By the end of September, Keurig had lost nearly half its value, making it Greenlight’s “third best investment this year,” according to the letter: “The second time has been a charm, as our original thesis is playing out,” he wrote.

It seems that Einhorn may have spoken too soon. Trading at a little more than $89 on Monday afternoon, Keurig’s share price is still down 13% from when Einhorn most recently shorted it, but that’s nowhere near the 49% it was down at the end of last week. JAB has agreed to pay Keurig investors $92 per share. But Einhorn, who will have to buy the rest of the shares he’s shorting at their market price—a process known as “covering” (as short-sellers borrow shares, sell them high, and return them later, ideally at a lower price)—likely isn’t happy about having to buy them for nearly $40 per share more than they were worth yesterday. It’s unknown how large Einhorn’s position in Keurig is. And even though Einhorn will make money on his bet against Keurig overall, it will likely make his performance since November significantly worse. (A spokesperson for Greenlight Capital declined to comment on whether Einhorn had already covered the short position when Keurig shares were cheaper, or on whether it was still a successful investment for the firm.)

It’s not the first time that stocks Einhorn shorted have defied his logic and risen anyway. Last year, he shorted electronic medical records company Athenahealth (ATHN), which is up more than 28% since Einhorn bet against them. “The stock unjustifiably took off,” Greenlight wrote in its latest investor letter.