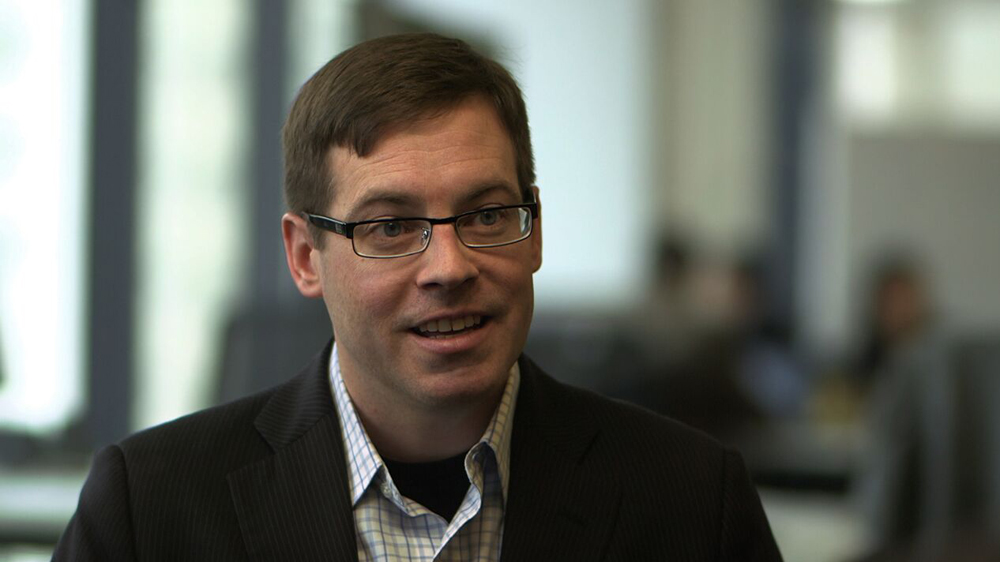 GE’s Current business, which was formed earlier this year to make sensor-laden light bulbs and build services for companies who use the Internet of things, has stolen an executive from IBM’ Watson business. John Gordon, who was formerly VP of services at IBM’s Watson unit, has moved over to become chief digital officer at GE’s Current.

Gordon will lead the development and product management of Current’s intelligent cities, intelligent buildings, energy efficiency and management, data analytics software applications and solutions products—a tall order since that list encompasses pretty much everything GE (GE) has built Current to do. When Fortune first covered Current, I wrote that it was really the first Internet of things business because the idea it to blend insights from connected lights, HVAC systems, outside climate models, and employee or customer data in order to generate predictive models about what a customer’s electricity needs might be.

This is the promise of the Internet of things, but few businesses are actually putting it into practice. GE is trying to fulfill the potential of this growing tech area, and it’s Gordon’s job to build out those offerings. At IBM (IBM) he was responsible for building out Watson’s services in the medical and financial products industry. He also headed up IBM’s smart cities efforts. GE apparently sees an executive who has the imagination to visualize what services are possible and then the ability to see those products through to completion.

GE did a promotional interview with Gordon where he does a good job explaining what he’s trying to do—that is, to help create a services business model for GE like the one IBM is creating around Watson.

Building that nervous system is changing our business model. Before, GE would drop off lights at the customer’s site and install them. It was a transactional relationship. With the service relationship, Current is now getting in the business where it’s driving value for a customer on a continuous basis, either through the solutions that we are providing or through making data available to them or their partners.

It’s now an ongoing relationship that provides outcomes to our clients by letting them understand, interpret and interact with every part of their organization. It also provides GE with an ongoing revenue stream. In the lighting business, this is a very different world.

IBM doesn’t disclose its Watson revenue, but CEO Ginni Rometty has been very open that IBM’s future hinges on Watson’s success. So now that GE has nabbed an IBM executive it’s trying to create a similar type of success. This time Gordon is not focused on cognitive computing, but on connected lighting. Let’s see if Current can light up a path to revenue and big sales faster than IBM.