You’re The Yuan That I Don’t Want, Say Chinese Investors 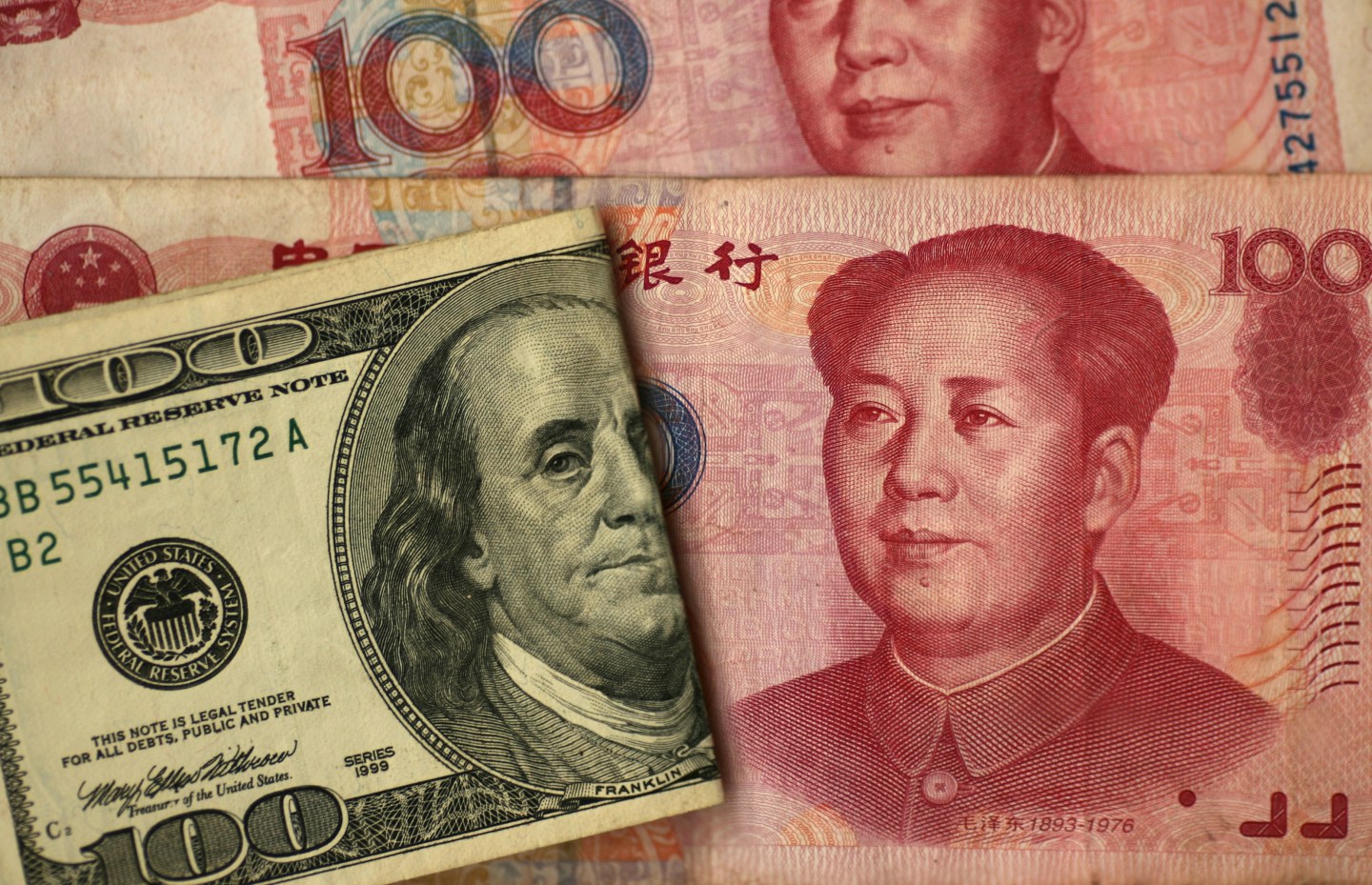 China’s foreign exchange reserves, the world’s largest, fell by $87.2 billion in November to $3.44 trillion, the lowest level since February 2013 and the third largest monthly drop on record, according to central bank data published Monday.

Analysts blamed the fall partly the dollar’s rally during November, which reduced the value of non-dollar part of the People’s Bank of China’s reserve portfolio, and partly on sales of dollars by the PBOC to support the yuan.

The yuan is under pressure as investors expect U.S. interest rates to be increased for the first time in around a decade later this month. The dollar hit a three-month high of over CNY6.40 in response to the figures.

The fall in foreign exchange reserves was the biggest since a record monthly drop of $93.9 billion in August. China’s FX reserves have declined for the last five quarters and posted a record quarterly fall in the third quarter, as investors make use of whatever windows they can find to diversify their assets from a slowing economy.

“The pick-up in capital outflows appears to have been predominately driven by increased expectations for renminbi (yuan) depreciation,” Julian Evans-Pritchard at Capital Economics said in a note.

China’s surprise devaluation of the yuan on Aug. 11 fueled a wave of capital outflows on fears the world’s second-largest economy might be slowing more sharply than thought, and on worries of a possible interest rate rise by the U.S. Federal Reserve.

Zhou Hao, economist at Commerzbank in Singapore, wrote in a research note that the People’s Bank of China has given up trying to stop the yuan’s decline against the dollar and is now simply trying to cushion it.

“It seems that China’s central bank has changed its strategy in market intervention,” wrote Zhou.

“Recall what happened in August and September: USD-CNY was stable despite soaring trading volumes, as the central bank sold USD aggressively to safeguard its currency.

“Afterwards, USD-CNY trading volume illustrates a clear downward trend since September, and CNY gradually weakens in tandem. The difference shows that a ‘managed depreciation’ in CNY is acceptable from (the) Chinese authorities’ perspective.”

For its part, the PBOC has repeatedly said it sees no reason for the currency to depreciate further.