Donald Trump is Still Killing it in the Polls 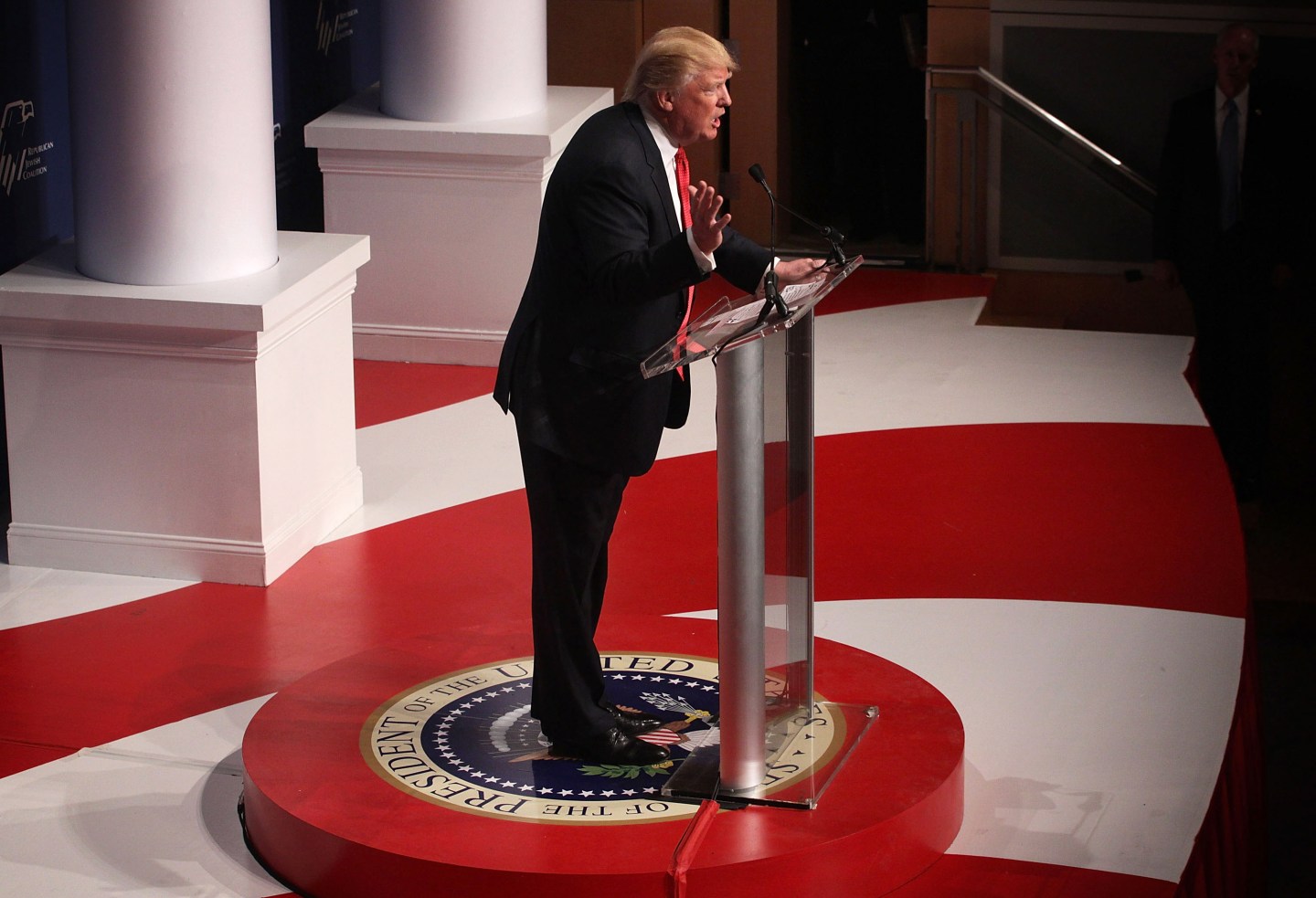 Donald Trump’s poll numbers are what some might describe as “fantastic.”

A CNN/ORC survey out Friday shows the billionaire presidential hopeful as the first choice for 36% of registered Republican voters, well ahead of the runner-up Ted Cruz, who has 16% support.

The poll, conducted from Nov. 27 through Dec. 1, shows Trump adding significantly to his lead. The previous CNN/ORC survey, taken in mid October, showed Trump leading by just five percentage points over Ben Carson, who has since slipped to third place with 14% of the vote.

Marco Rubio—the candidate many see as the representative the Republican Party’s establishment wing—came in fourth place with 12% support. The poll corroborates a Quinnipiac survey released earlier this week that showed Trump with a smaller but substantial 10-point lead over Rubio.