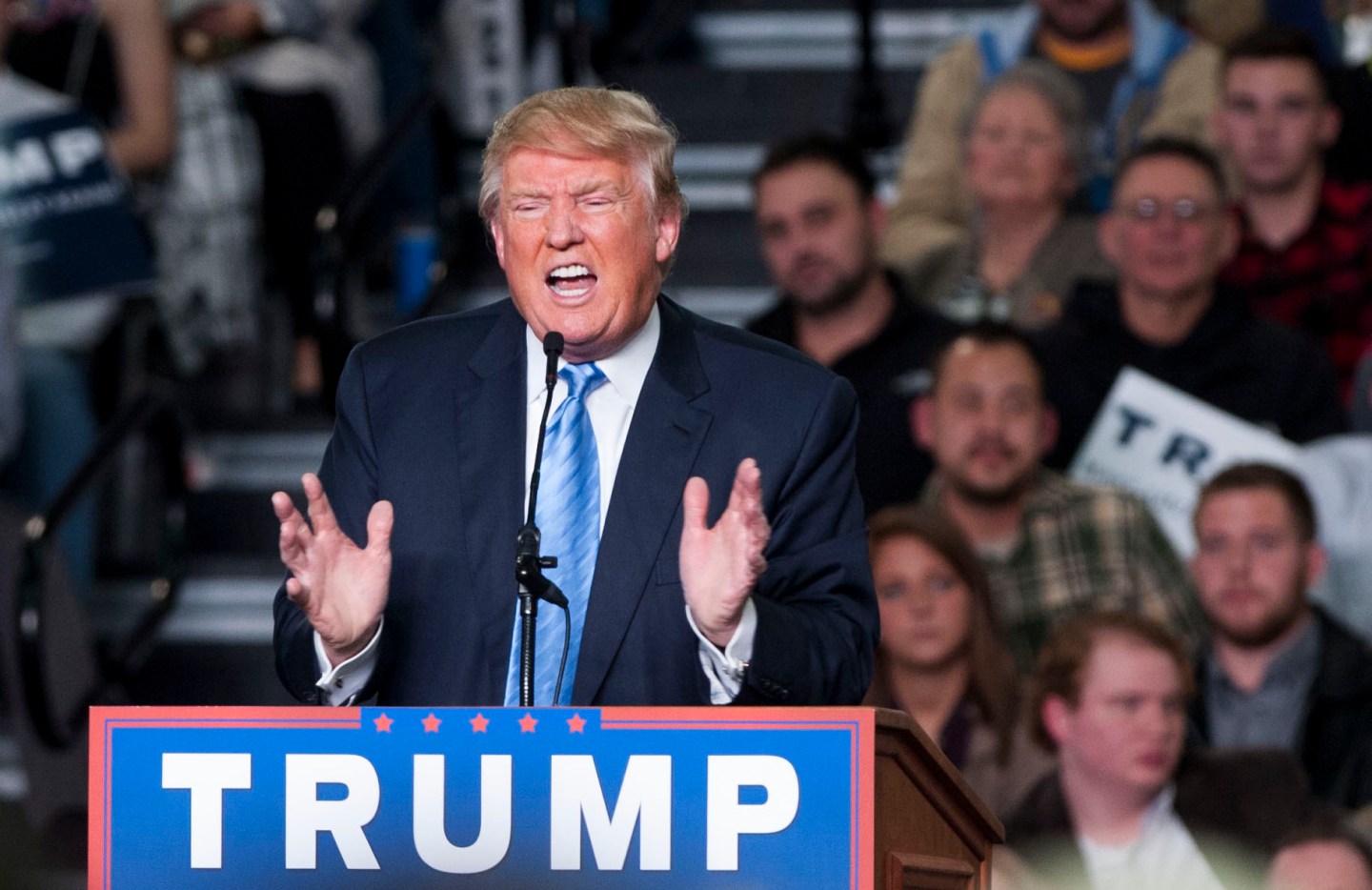 In the run-up to the nomination for the Republican presidential candidate, Donald Trump is once again flying high over his more experienced opponents.

The New York businessman is currently the choice of 27% of Republican voters, according to the latest poll from Quinnipiac University, whose authors call him the “undisputed leader.”

Trump’s closest rival is Florida Senator Marco Rubio with 17%. Former pediatric neurosurgeon Ben Carson, who last month was challenging Trump for the lead, is tied for third place with Texas Senator Ted Cruz, both polling at 16%. Former favorite Jeb Bush, the once-Governor of Florida, is still struggling, coming in at just 5%. No other candidate is polling above 3%.

Amongst the Democrats, there is no big news from the Quinnipiac poll. Hillary Clinton has expanded her lead over Vermont Senator Bernie Sanders. The former Secretary of State is now polling at 60%, while Sanders is at just 30%.

Trump’s latest poll numbers reinforce the idea that traditional rules of campaigns just don’t apply to him. He’s been involved in scandal after scandal, but nothing seems to hurt his support.

“It doesn’t seem to matter what he says or who he offends, whether the facts are contested or the ‘political correctness’ is challenged, Donald Trump seems to be wearing Kevlar,” said Tim Malloy, assistant director of the Quinnipiac University Poll, in a news release.

Trump’s latest controversy is his repeated assertion that he saw scores of Muslims celebrating the 9/11 terrorist attacks in New Jersey, despite a dearth of evidence to support that claim.

This poll comes after a relatively quiet few weeks for the presidential race. There hasn’t been a Republican debate since Nov. 10, and the next one isn’t until Dec. 15.