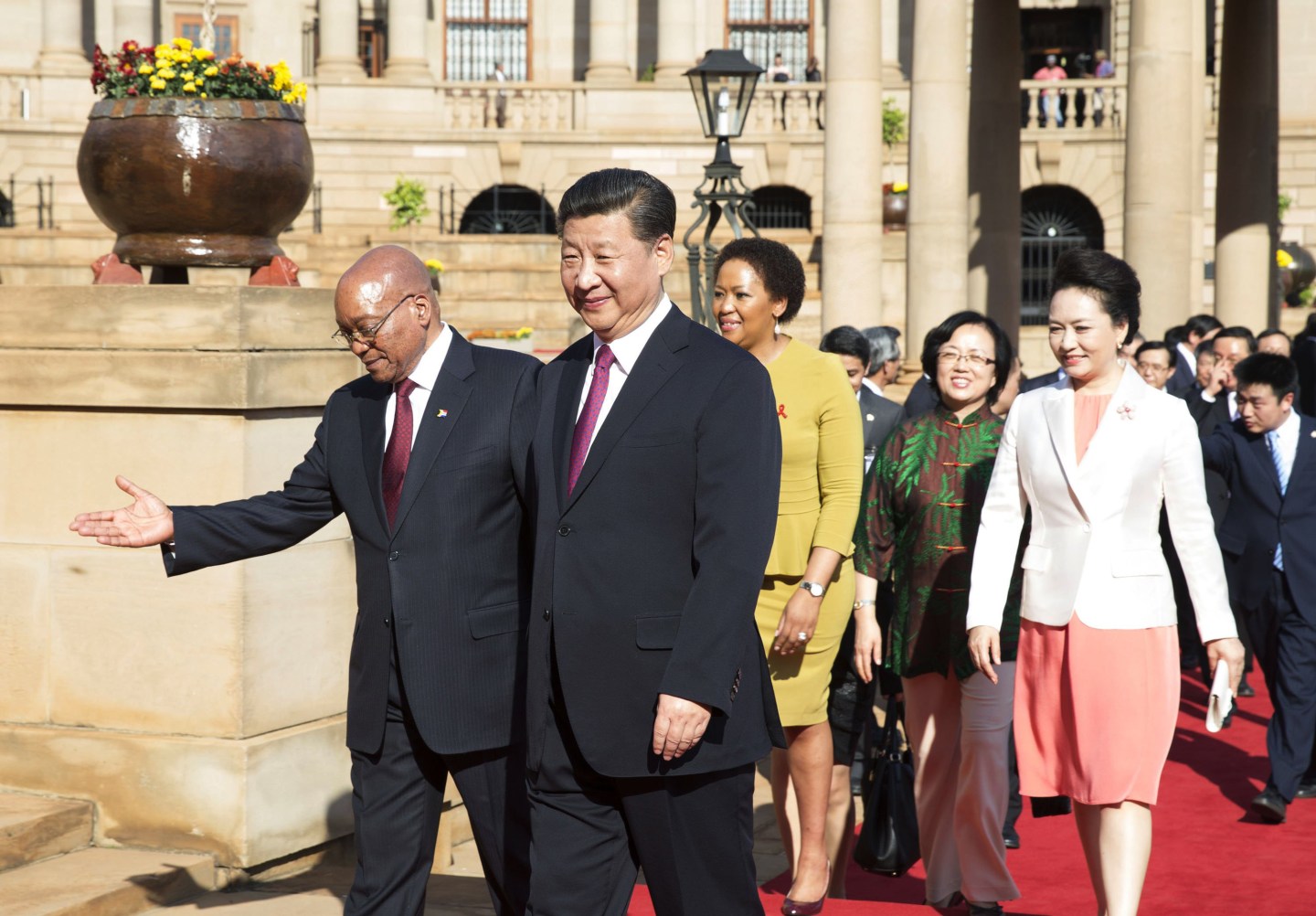 Over the next three years, China intends to invest $60 billion in development projects across Africa, ranging from poverty reduction and public health to infrastructure and industrialization.

President Xi Jinping’s announcement, which coincided with the opening ceremony of the Forum on China-Africa Cooperation summit in Johannesburg on Friday, is designed to reaffirm China’s commitment to the continent. “China-Africa relations have today reached a stage of growth unmatched in history,” Xi said at the ceremony, according to Xinhua. “Let’s join hands…and open a new era of China-Africa win-win cooperation and common development.”

While China is Africa’s largest trading partner by far, the relationship has been tested recently by the country’s growth slowdown. The Chinese slump has pushed commodity prices down, sending shock waves through many African economies that lean heavily on such exports, like oil and iron ore.

The investment aims specifically to enhance African infrastructure, ameliorate a talent shortage, and speed up industrialization and the modernization of agriculture. Funding will be channeled toward vocational schools, scholarships, and exchange programs with China. Xi said he will also offer zero-interest loans to governments and $156 million of emergency food aid.

Xi did not specify how the funds would be distributed between the African nations.