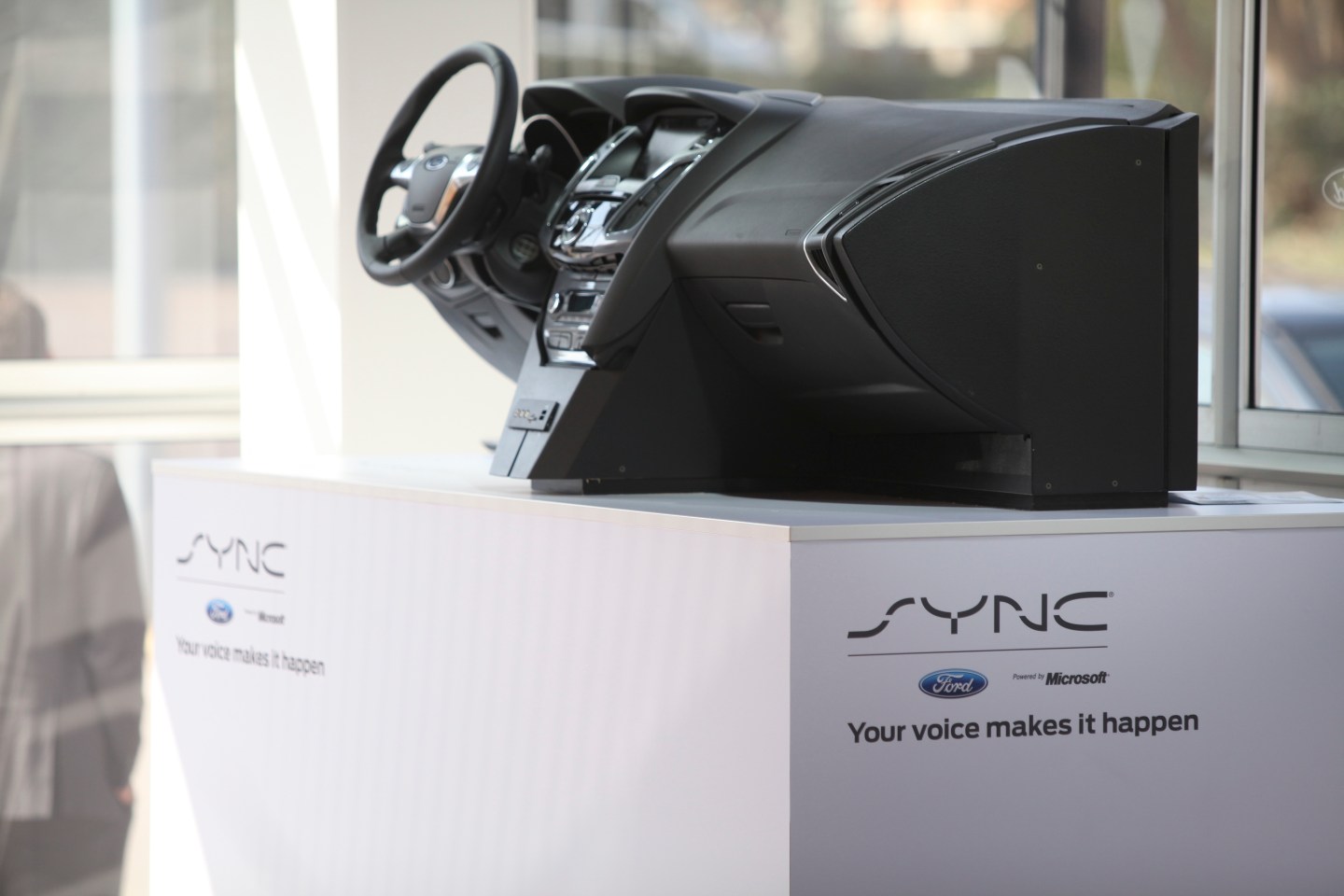 A model of the Ford Motor Co.'s voice activated in-car connectivity system, called Sync, sits on display at the company's booth at the Mobile World Congress in Barcelona, Spain, on Monday, Feb. 27, 2012. The Mobile World Congress, operated by the GSMA, expects 60,000 visitors and 1400 companies to attend the four-day technology industry event which runs Feb. 27 through March 1. Photographer: Chris Ratcliffe/Bloomberg via Getty Images
Photograph by Chris Ratcliffe — Bloomberg via Getty Images

Ford announced its new partnership with Apple on Thursday that will offer Siri Eyes-Free capability to more than 5 million vehicles.

Ford owners with Apple iPhones and car models 2011 and later can get this new service by downloading the latest update for SYNC, the auto manufacturer’s “infotainment” system. Drivers can activate Siri essentially the same way as they would on their iPhone — with an elongated press of a voice recognition button located on their steering wheel.

Siri Eyes-Free can be used to make calls, look up phone numbers, set reminders and alarms, ask about the weather, play music, send and receive text messages, and get Apple Maps directions.

As Sherif Marakby, director of Ford electronics and electrical systems, said in the company’s press release, the system was designed to give people as much hands-free access to their smartphones while they’re driving, and “Siri Eyes-Free is another great voice-activated feature that no only adds convenience but helps our customers keep their eyes on the road and hands on the wheel.”