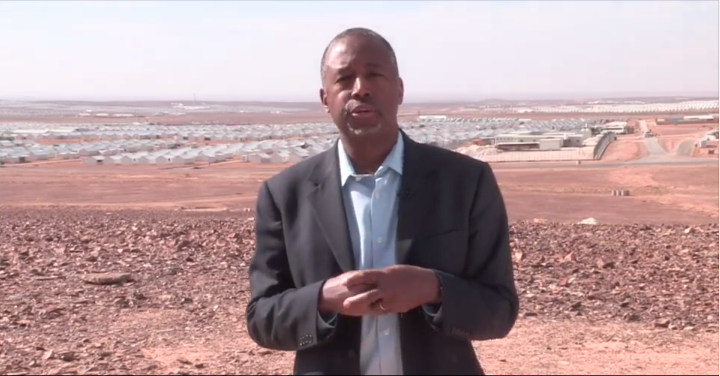 With the terrorist attacks in Paris, the 2016 Presidential campaign swiveled 180 degrees as candidates abruptly shifted their focus from jobs, the economy, and abortion to national security.

This is not a new phenomenon, of course. It has long been a ritual for presidential candidates to take time out from their domestic squabbles to demonstrate foreign policy savvy with meet-and-greet trips to friendly foreign capitals.

It’s a silly idea—akin to visiting Disneyland to prove you understand mouse genetics—but it’s served well as a visual shortcut to expertise.

Now, however, as Americans grow increasingly weary of involvement in messy overseas conflicts, foreign travel has grown more complicated—and perilous—for candidates trying to show their foreign policy bona fides. And with national safety taking center stage, it is even more so, as candidates’ foreign experience—and their plans to keep the country out of harm’s way—seem far more central than they did even a month ago.

Overseas experience has long been the third rail of presidential campaigns. While necessary, it rarely seems to help.

In 2004, Democratic candidate John Kerry was tagged as being “too French” for his fluency in the language of Napoleon and his time abroad. Speaking a foreign language and spending time overseas was enough to tarnish his government and military service in some critics’ eyes.

At the same time, his adversary George W. Bush was skewered because he had seldom set foot outside the United States. Still, Bush won.

Similarly, Bush’s father George H.W. Bush’s deep foreign experience in government, including stints as U.S. ambassador to China and to the United Nations, did not convince voters to re-elect him in 1992, when Bill Clinton, a foreign policy neophyte, triumphed.

Beset by the doubts about his overseas mettle when he was a candidate, Barack Obama set a high bar for how candidates should show their foreign policy cred on international trips when, as a one-term U.S. senator with a thin foreign policy background, he visited Germany in 2008 and drew 200,000 cheering fans in Berlin.

The speech he gave there showcased an internationalist approach that appealed to both American and European publics fed up with costly wars in Iraq and Afghanistan.

His trip, however, illustrated the pitfalls novices face in international diplomacy when he questioned Britain’s readiness for the Olympic games and drew a sharp public rebuke from the country’s prime minister.

But Romney’s gaffe has not deterred the current crop of candidates, several of whom traveled abroad on tightly choreographed trips meant to highlight their foreign policy chops.

A string of stumbles

For Thanksgiving, Republican candidate Ben Carson traveled to Jordan to visit refugees from Syria’s raging civil war. There, he sought to cloak himself in the presidential aura, traveling with aides and security to quell doubts about whether he is prepared to deal with the thorny issue of the nation’s safety.

But minor gaffes upon his return—like calling the refugee camps “really quite nice”—reminded voters of his earlier foreign policy stumbles and lack of overseas experience, failings that had been largely obscured during domestic policy debates by his up-from-the-bootstraps narrative.

New Jersey governor Chris Christie, who has been filling his passport pages with trips to Britain, Canada, and Mexico, also took a tumble abroad. While in England, he advocated for the right of parents to choose when to vaccinate their children, a remark critics pounced on in the middle of a debate about whether permissive vaccine policies in states such as California had led to the revival of dangerous childhood diseases in the U.S..

Donald Trump, the Republican front-runner whose outspoken positions on Mexican refugees and Muslims have captured much of the campaign headlines, has yet to make a foreign foray, though he has made his share of blunders in answers to foreign policy questions.

One candidate with a passport thick enough to suggest trouble with voters is Democratic front-runner Hillary Clinton, who visited dozens of countries while serving as Secretary of State and is well acquainted with many foreign leaders from her days as First Lady.

Her long overseas resume has given opponents enough material to flame voter distrust by arguing that she did not accomplish any major foreign policy breakthroughs while leading the State Department and that she would continue President Obama’s conflict-averse foreign policies.

But in the current environment, her long experience may sit just fine with many conflict-adverse Americans. Even after the Paris attacks, many who now view national security as an integral part of their voting calculus may find her history of avoiding wars more appealing than Republican calls for stronger military responses that could require American soldiers on the ground.

Today, even if a President wanted to, bringing the country along for more robust responses might well be stymied by American weariness of conflict, says historian Robert Kagan.

With polls showing that more than half of Americans believe the country is playing a less important role than it did a decade ago, “One senses that, for many Americans this decline is not a reason for panic but comes as something of a relief,” Kagan wrote in the New Republic.