How Minted’s CEO Kept Her Paper Design Company From Folding 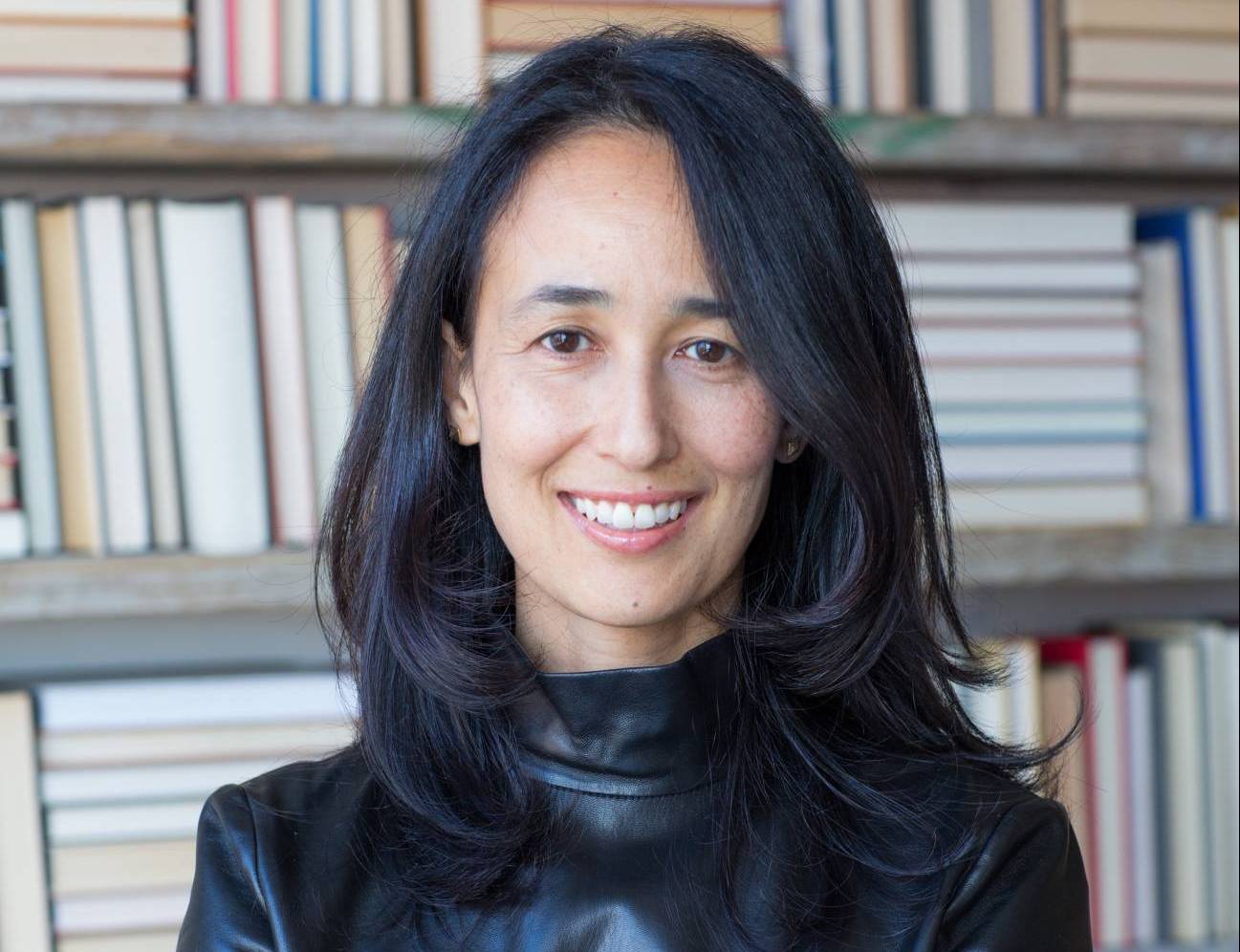 When Mariam Naficy launched cosmetics store Eve.com in the late 1990s, skeptics said e-commerce and beauty products would never mix. Then she sold that company for $110 million.

Yet, it seems that she may prove them wrong once again. So far, she says Minted has raised $90 million in capital and sold its products into 40 million homes.

I talked to Naficy about what she loves about the fits and starts of entrepreneurship—and why the dotcom collapse was the best thing that could have happened for her career.

Fortune: Tell us how Minted works.

Minted is a design marketplace. We try to use crowdsourcing and crowd-voting curation to find the best artists in the world and bring them to consumers. We started in stationery, we then launched an art business, limited edition art prints, then textiles. We sell those goods directly to consumers. All the designs come through a competition-based process where anybody in the world—regardless of how much design training they’ve had or schooling—can submit entries. Then you, the audience of Minted, can vote to tell us what to sell. Designers and artists earn a percentage of all sales on the platform. They also receive an up-front cash prize that they get to keep, whether they sell nothing or a lot.

What happened when you went looking for investors in Minted?

The first thing that I came up against was this notion that we couldn’t sell stationery online, that people wanted to touch and feel paper products. In 1998 I started an online cosmetics company and heard the same thing: “People are going to want to touch and feel cosmetics and won’t buy that online.” After hearing this repeated a number of times, you start to realize there’s probably a market online for almost anything. Every time you try something new, people say, “I don’t think people are going to buy that online” and every time it turns out to not be true.

Another hurdle was investors not understanding that crowdsourcing was going to create a great competitive advantage in terms of the quality and freshness of designs.

My first money came from angel funding, mostly from friends and family who believed in me because of my track record with my cosmetics company. The same was true of the first round of VC funding. Our business was actually not doing very well and we managed just by the skin of our teeth to raise funding and save the company. Again, they invested because of their faith in me.

You were ready to give your investors their money back. What happened and how did you push through that?

When we opened our doors online in July of 2008 we had no sales at all. It was a complete disaster. By mid-August I thought the best thing would be to shut down and give back the million dollars or so that was left. In the beginning we thought we would crowdsource some designs and also sign up brands. We spent almost all of our money launching branded stationery products onto our site and only probably a twentieth of our engineering time building and launching one competition: save-the-date cards. Out of that came 66 designs.

In the middle of August I saw one sale, then two the next week and then five. I thought, “All right, I just can’t lose my friends’ money; I have to find a way. Maybe what I should do is focus on the very few sales we do have in crowdsourcing.” You’ll hear stories like this again and again from entrepreneurs with purported overnight successes. It happened at Yelp. They didn’t think anybody would get up on a podium and write restaurant reviews for free. Same thing happened with us, we thought crowdsourcing was going to be actually a small part of the business, not the business. But that’s what started to sell, so we decided to reorient the entire enterprise.

Right. Then the designs that started coming in were so fresh and different from what people were used to seeing. That’s what drove the demand. One of the biggest problems entrepreneurs face is having so little website traffic initially that they are data deprived. If you’re getting just a tiny amount of traffic and you’re getting one sale a week, how do you read that? It can be misleading, and I think a lot of people give up too early. That’s exactly what we almost did.

Did you tell those early investors you wanted to give them back their money?

I was on the verge of telling them. Then, in August while I was vacationing in Seattle, one of my investors, Alex Slusky of Vector Capital called and said: “You know what? I think that the market is turning and I think you should raise institutional money to make sure you have enough runway.” He’s a guy I listen to. He’s a very close friend, and he’s very financially savvy. I stopped my vacation. I flew down from Seattle and raised money from the one person Alex Slusky helped me meet, Alex Rosen at IDG Ventures. He really listened to me and decided, “I’m going to bet on this person,” because there weren’t very many numbers to bet on. I think that’s true risk taking.

One of your previous ventures, Eve.com, was one of the first online cosmetics companies out there. How did you make that happen?

In ’98, I graduated from business school and convinced a friend of mine [Varsha Rao, now head of global operations for Airbnb] who was in New York to move to San Francisco and start Eve with me. The only way I could convince her was to start a company that she wanted to start. I wanted to do market research online and she wanted to do cosmetics. I said, “You know what, Varsha? Let’s just pick your idea because I want to work with you. I use cosmetics. I’m a consumer. Maybe I can figure this out.” This was so early that we were literally sketching web pages on pieces of paper trying to teach ourselves how to design websites. I was building my own metrics dashboard to figure out how e-commerce worked. You had to basically teach yourself everything. It was kind of the frontier.

So you convinced her to move across the country.

I did. She slept on my couch. I had a very tiny apartment. I had to convince her to leave her husband behind in New York and come be with me to start this business. Then we raised a lot of capital. It was good timing in terms of raising capital.

After that you went to work at The Body Shop. How was that transition from being your own boss and entrepreneur to working for somebody else?

I was feeling pretty humbled by the downturn. I sold the company in April 2000, and immediately afterward the NASDAQ plunged. Every day you’d wake up and there were more companies that had gone under. It felt like the world was imploding. People were saying the Internet was over, which is very funny to think about now.

It was a very humbling experience because you went from being somebody to nobody. That’s a great experience to have in life.

You mean leaving your own company to work for a big corporation?

To have your company no longer exist. To have the industry that meant something, that created your status no longer really exist. People leaving town, your peer group dissipating, your temporary leadership of an Internet company basically meaning absolutely nothing to anyone. It was a very humbling experience, and I felt like what I really needed was to go backwards a little bit. Before I led another company, I needed to learn how to run a P&L and make a business profitable, and I needed to learn how to manage large groups of people and organize business processes.

I decided it was best to go work for someone. Plus I wanted to have a child, and I thought that would be better than being on my own running a business while also being a first-time mom.

The Body Shop hired you when you were pregnant. Did that ever come up as a question mark for them?

Never, to their credit. They said, “You are the best person because you just started Eve.com, so come start our e-commerce business.”

I’ve heard you talk about failure as a good thing. Can you explain what you mean by that?

When you’re an entrepreneur, you fail every single day no matter how successful your company appears on the outside. I fail literally every day, sometimes several times a day. All I can hope is that my successes are outweighing those failures at the big-picture level. With Minted, I had to start back from nothing, without a big entrepreneur reputation. It was great working in solitude with nobody scrutinizing me, because really what you have to do as entrepreneur is shut out what other people are thinking about you. That’s when you can truly focus and make great decisions.

When you were growing up, did your family encourage you to take risks?

My dad was a development economist with the United Nations, and he was assigned to Africa and the Middle East. We were in countries that were very unstable, so even though no one ever talked about taking risk, as a family we were all taking quite a bit of risk.

When did you come to the United States?

In 1980, when I was 10. My mom thought that Iran felt very unstable. She’s Chinese, and she’d gone through the communists taking over the country and thought Iran felt similar. Before the revolution, she said, “I think we should move. I think we should try to buy a house in the U.S.”

Were there any cultural or family barriers to you being a woman in leadership?

I remember very clearly my mom crouching down to talk to me at the bus stop before first day of first grade. She said, “You need to go to school, and you need to beat all the boys at school.” I was like, “Yes, ma’am.” She encouraged me from the very beginning that men and women are equal, that I could do just as well in school as a boy. I never grew up with any sense of any limitation at all as a result.

Lauren Schiller is the host of Inflection Point, where she interviews women changing the status quo. Inflection Point is broadcast on public radio stations, podcast on iTunes, and online at inflectionpointradio.org. The above article is an edited and condensed version of the broadcast interview. Click here to listen to the full audio.