Obama is About to Give Private Space Companies a Big Break 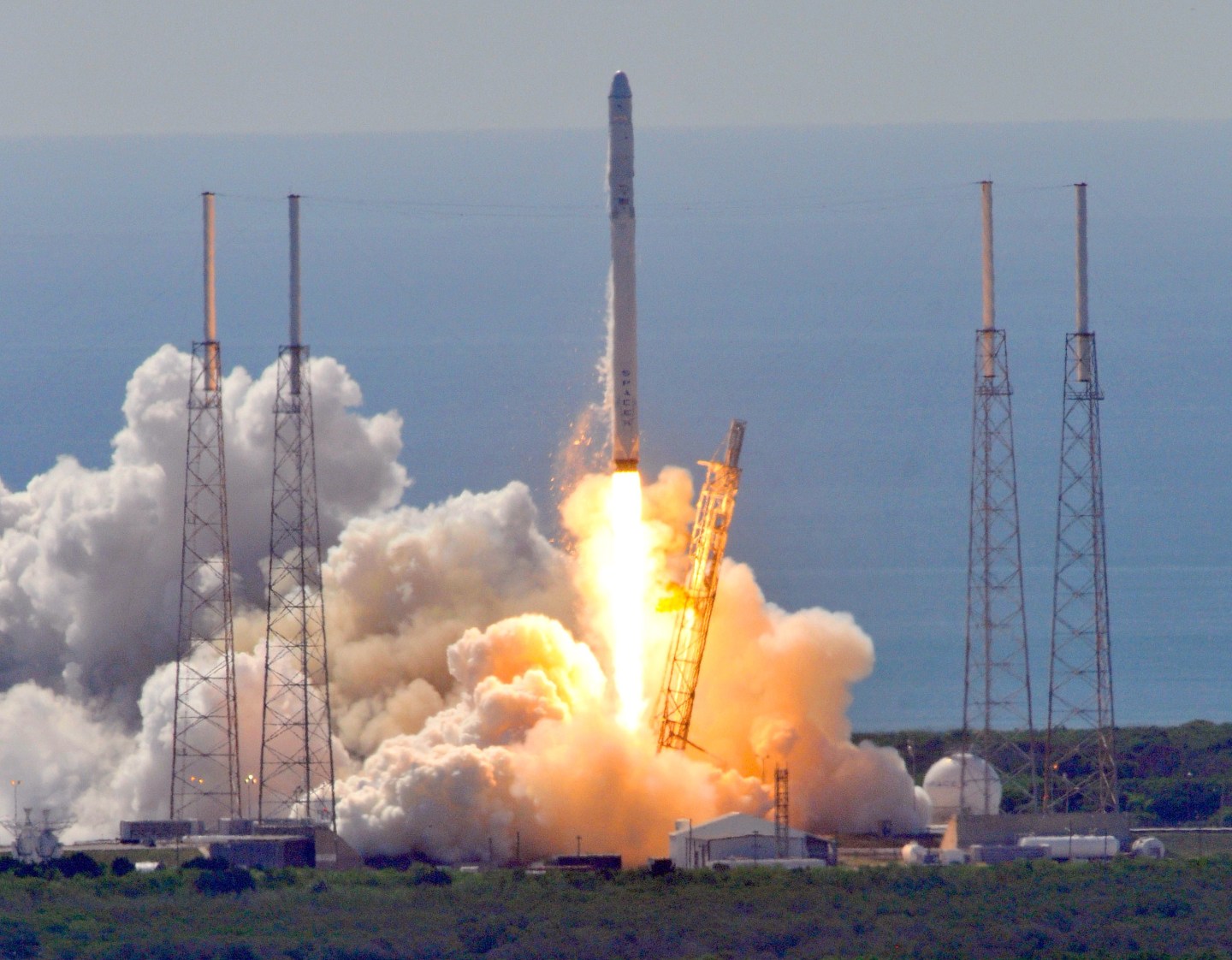 Space X's Falcon 9 rocket as it lifts off from space launch complex 40 at Cape Canaveral, Florida June 28, 2015 with a Dragon CRS7 spacecraft. The unmanned SpaceX Falcon 9 rocket exploded minutes after liftoff from Cape Canaveral, Florida, following what was meant to be a routine cargo mission to the International Space Station. "The vehicle has broken up," said NASA commentator George Diller, after NASA television broadcast images of the white rocket falling to pieces. "At this point it is not clear to the launch team exactly what happened." The disaster was the first of its kind for the California-based company headed by Internet entrepreneur Elon Musk, who has led a series of successful launches even as competitor Orbital Sciences lost one of its rockets in an explosion in October, and a Russian supply ships was lost in April. SpaceX's live webcast of the launch went silent about two minutes 19 seconds into the flight, and soon after the rocket could be seen exploding and small pieces tumbling back toward Earth. AFP PHOTO/ BRUCE WEAVER (Photo credit should read BRUCE WEAVER/AFP/Getty Images)
Photograph by Bruce Weaver — Getty Images

A bill currently awaiting President Obama’s signature would exempt private spaceflight companies like SpaceX, Blue Origin, and Virgin Galactic from most U.S. government oversight for the next eight years.

The legislation would extend a so-called “learning period” for the industry until at least 2023, keeping agencies like the Federal Aviation Administration from regulating commercial space companies as closely as the rest of the aerospace industry. The bill also covers ownership and extraction of resources in space (think: asteroid mining) and extends U.S. commitment to the International Space Station into the next decade. President Obama is expected to sign the bill into law this week.

The U.S. Commercial Space Launch Competitiveness Act stems from an earlier 2004 bill that established a “learning period” for the industry that exempted it from government oversight and regulation while companies developed and tested new technologies. In 2004, the commercial spaceflight industry wasn’t doing a whole lot of flying, and Congress wanted to ensure that regulatory requirements didn’t keep them from doing so. That regulatory amnesty is set to expire in December, but the latest bill would extend the learning period until at least Oct. 1, 2023.

As such, people participating in commercial spaceflight—be they tourists, test pilots, or part of a crewed commercial mission—do so at their own risk. Human commercial spaceflight will be governed by informed consent, meaning that participants must sign a waiver confirming that they are aware of the dangers inherent in strapping themselves to the nose of a towering silo filed with rocket fuel.

The bill has already drawn praise from the private spaceflight sector, which will be free to continue pushing the envelope without regulators looking over its shoulders. Perhaps more importantly, keeping regulators at bay for a predetermined period will also keep the industry’s money spigot wide open.

“When you start regulating an industry, you can start driving away investment,” Marco Caceres, a senior analysts and director of space studies at aerospace consultancy Teal Group, says. “You don’t want to create too many regulations that keep investors from investing before you get fully developed as an industry.”

This isn’t just about rockets and spacecraft, Caceres says, but also about infrastructure on the ground as well. Though at times it feels like the commercial space industry is moving rapidly—just yesterday Blue Origin scored a major technological coup by launching a rocket to space and landing it safely back on its launchpad, for instance—it hasn’t moved as fast as many thought it would.

Consider all the private spaceports that popped up over the last decade under the assumption that by now they’d be doing a brisk business hosting Virgin Galactic or other space tourism concerns, he says. Relief from regulation makes it easier for infrastructure like that to remain viable while waiting for the rest of the industry to catch up.

Not everyone is thrilled with the bill, however. The FAA is responsible for ensuring the safety of human beings transiting U.S. airspace as well as for certifying the aircraft that carry them. The bill restricts the agency’s ability to do that job. Language in the bill provides the FAA with leeway to step in and issue safety regulations if there is an accident that causes injury, death, or extensive property damage. But even then, its jurisdiction is limited.

The bill also creates a framework for establishing resource rights on celestial bodies that lets companies claim ownership of minerals or other resources they manage to extract from asteroids, moons, or distant planets. It does not, however, let those companies claim ownership of those celestial bodies in the name of their governments, careful to hew to the 1967 Outer Space Treaty that forbids the claiming of planets or asteroids as government territory.

Another provision extends the U.S. commitment to the International Space Station into 2024. Continuing support for the ISS comes as no surprise, as the Obama administration has vocally supported doing so. But codifying that support into will make it more difficult for a future administration to withdraw U.S. support from the orbiting lab at some point in the future.

For more on the commercial space industry, watch this Fortune video.