Walmart is About to Turn Cyber Monday into Cyber Sunday 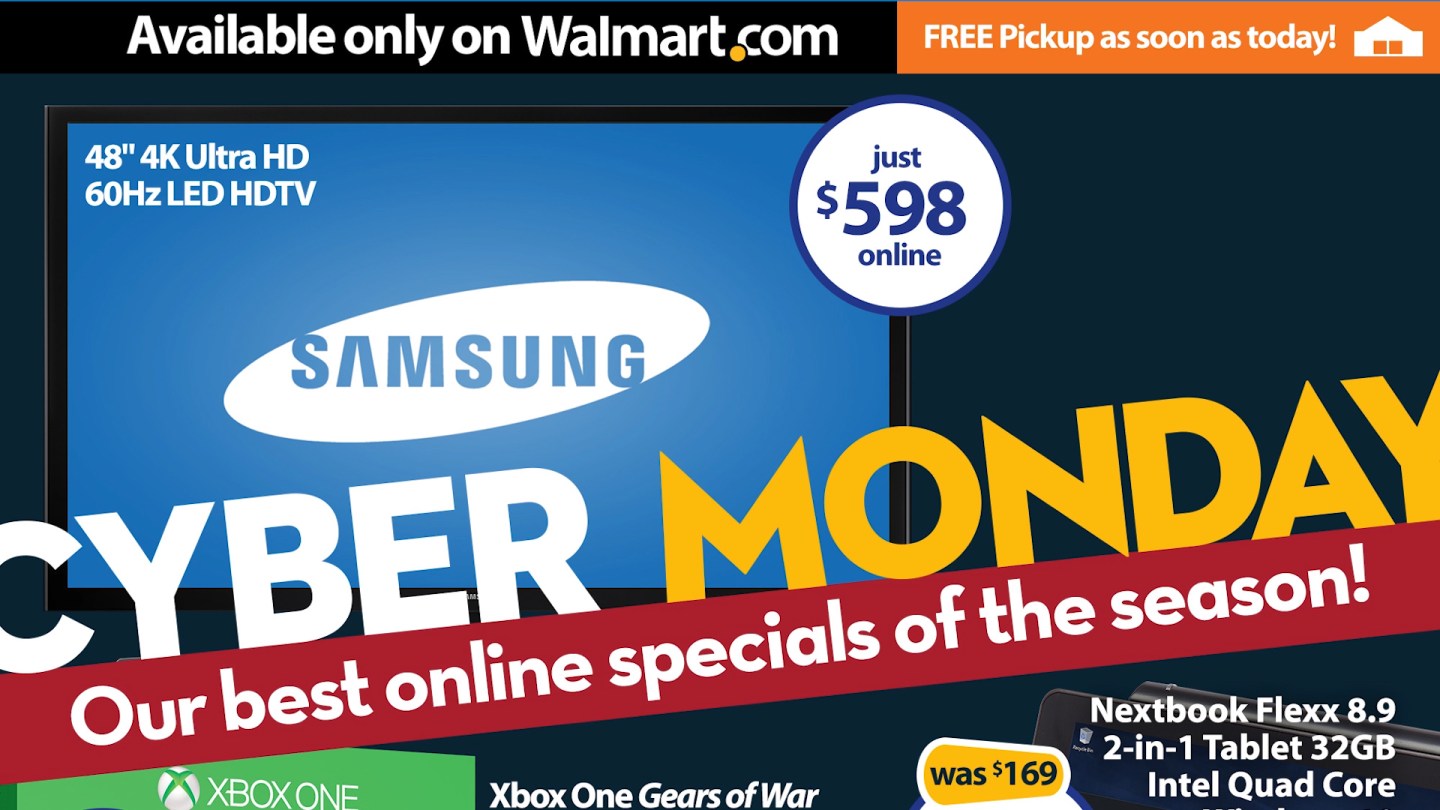 Just as Black Friday promotions seem to come earlier and earlier every year, it looks like that same phenomenon is about to hit the biggest online sales day of the year: Cyber Monday.

Walmart (WMT) said on Monday it would offer its Cyber Monday deals beginning on Sunday for the first time ever, looking to get a head start on an online shopping day expected to generate $3 billion across the retail industry. Those Walmart deals will be available starting at 8 p.m. Eastern on Nov. 29.

Cyber Monday emerged years ago as a big occasion because many shoppers had to wait until the Monday after Thanksgiving to get back to work and get access to computers with sufficient broadband to buy online. Despite the proliferation of mobile shopping and widespread availability of high-speed internet now, the day remains a key way for retailers to keep their Black Friday momentum going after the holiday weekend.

The idea behind Walmart’s strategy is to get business they’d otherwise lose from customers not willing to stay up past midnight the night before returning to the office.

“Customers have changed in the last years, but Cyber Monday hasn’t,” Fernando Madeira, President and CEO of Walmart.com, told Fortune. “This is not fair, to keep customers awake when they have to work in the morning.”

Fairness aside, the move is clearly aimed at helping Walmart better compete against aggressive rival Amazon.com (AMZN). In its most recent quarter, parent company Wal-Mart Stores reported digital sales rose 10%, decent, but a slowdown in growth compared to recent quarters, and below Amazon’s increase for the same period. Walmart is the second largest online retailer in the world, but far behind Amazon.

Madeira said that “Cyber Monday” searches typically spike on the Sunday evening before the event and Walmart wants to capitalize on that interest. Last year, the retailer tested out offering Cyber Monday deals on 20 items in all on Sunday and deemed the experiment a test.

The company said web searches for Star Wars, 4K televisions, drones, Beats by Dre headphones, Fitbit and 3D printers were all up more than 100% compared to the same time last year, making it unsurprising that such products are front and center in Walmart’s promotions.