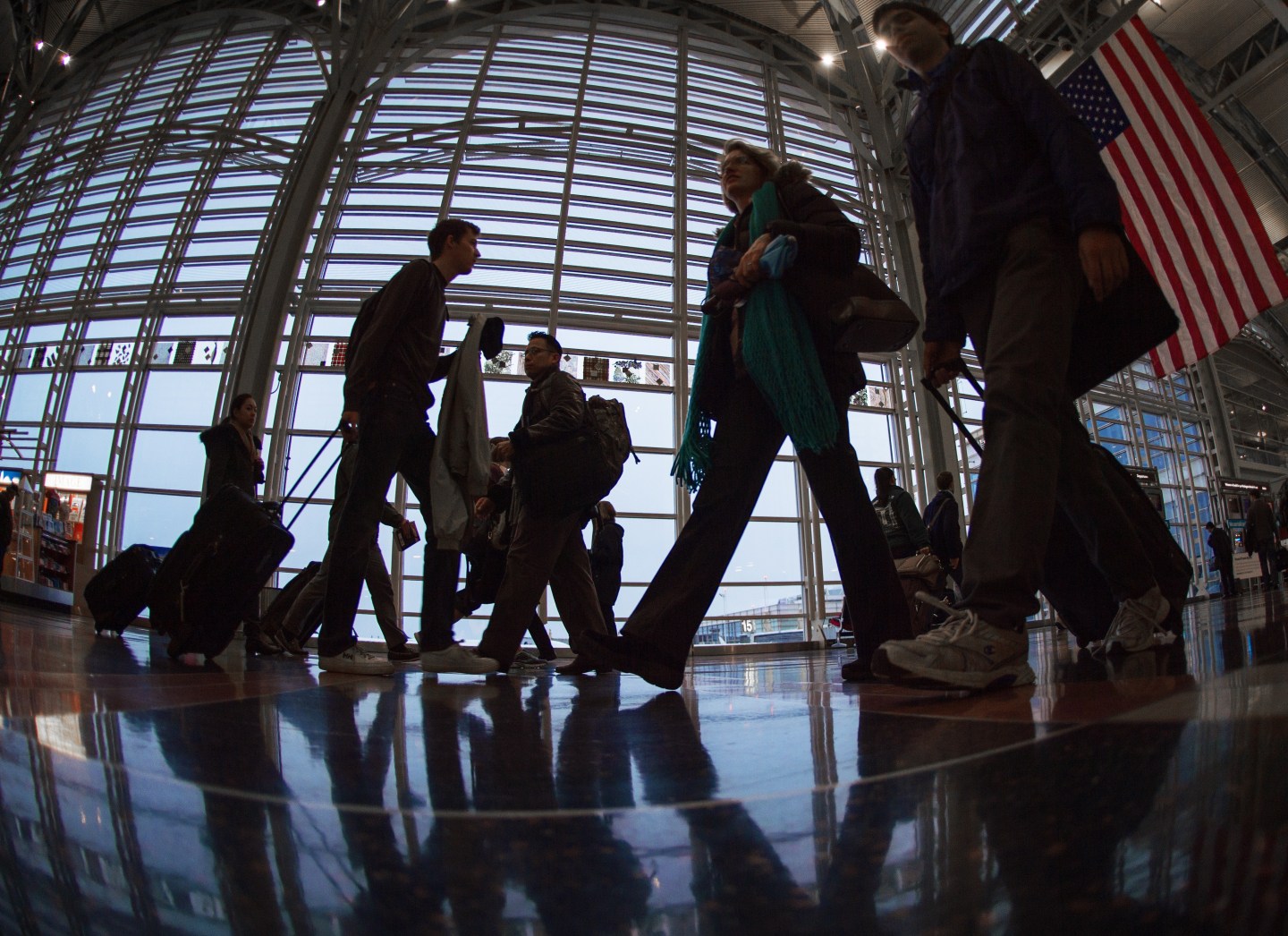 Airline travelers at Ronald Reagan National Airport in Arlington, Virginia, walk to a Transportation Security Administration (TSA) security checkpoint prior to traveling on November 26, 2014, the busiest travel day of the year. Hundreds of flights were cancelled or delayed Wednesday in the US northeast as a winter storm delivered freezing rain and snow ahead of the Thanksgiving holiday, one of the year's biggest travel weekends. A wintry mix was falling in Boston, Philadelphia, New York and Washington, according to the National Weather Service, which forecast "havoc" for travelers along the east coast from the Carolinas up through New England. AFP Photo/Paul J. Richards (Photo credit should read PAUL J. RICHARDS/AFP/Getty Images)
Paul Richards—AFP/Getty Images

When most Americans think about flying home for Thanksgiving, they secretly fear that they will share the fate of Steve Martin in Planes Tranes and Automobiles: stuck with a cancelled flight and thwarted in their attempts to get home otherwise for the simple reason that the whole country is traveling the day before Thanksgiving.

But these fears are actually unfounded. On Thursday, Quartz looked at travel data from planestats.com, and found that, despite what you see in the movies, Thanksgiving Eve is a pretty normal day in terms of total volume of air travel. According to the report:

The day before Thanksgiving, which this year is Nov. 25, will be just the 121st busiest day of the year—busier than average, but not by much.

The top ten busiest day for air travel are actually summer weekends, with one exception, the Sunday after Thanksgiving, which was the second busiest in 2015.