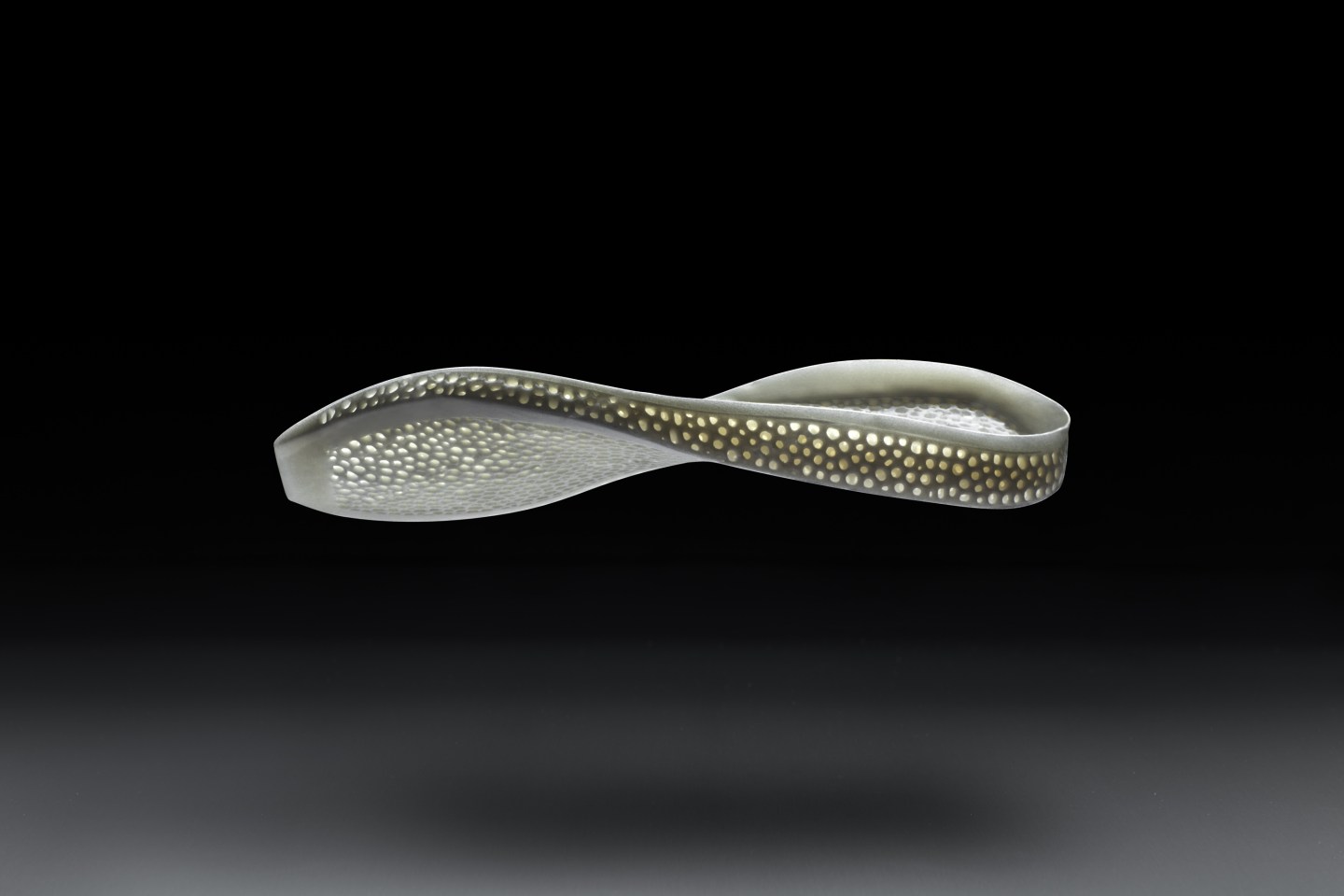 New Balance has just unveiled what it says is the first ever running shoe made with a 3D printer. The shoe has a midsole built from a 3D Systems printer using an elastomeric powder. The midsole is built using a process called selective laser sintering, in which the cross-sections are built up level by level using a laser. 3D printing could allow New Balance to sell more customizable shoes in the future, as the soles could easily be designed to the contours of individuals’ feet.

“This project represents an unprecedented technical collaboration in footwear”, Sean Murphy, New Balance Senior Manager of Innovation and Engineering, said in a press release. “To deliver this level of performance with a 3D printed component, we paired experts in running and biomechanics with leaders in plastics engineering, material development and generative design. These are the types of collaborations that will drive footwear design and manufacturing in the future.”

The shoes will be shown off at the Consumer Electronics Show in January, then go on sale in Boston in April 2016.