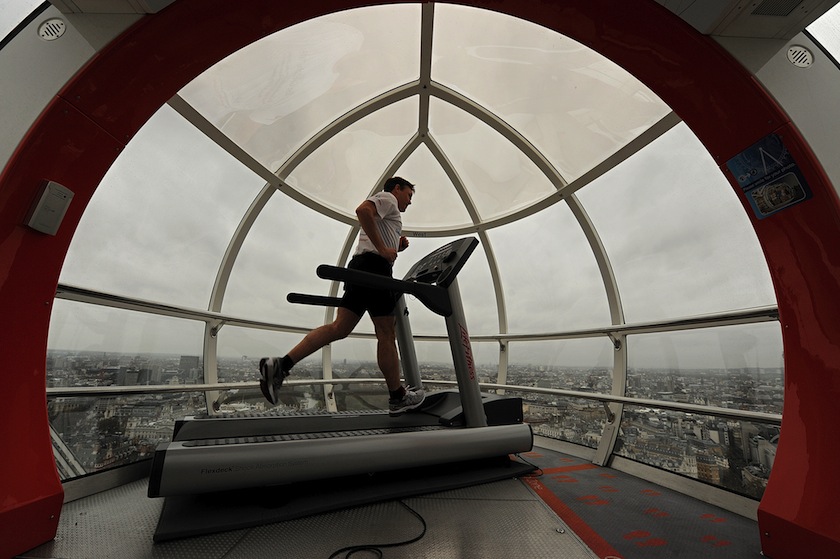 Fitness trackers and smartwatches that count the number steps taken and calories burned are increasingly common. Athos, a startup clothing maker, is taking the trend to a new level by creating smart shirts and pants that measure physical performance.

Athos’ wearable workout shirts and pants use EMG (electromyography) technology to track electrical signals generated by muscles. Each garment is outfitted with sensors that measure muscle performance as well as heart rate and acceleration. These sensors then use Bluetooth technology to wirelessly transmit the collected data to the Athos mobile app, which parses the information to let users track and better understand their workouts.

Athos faces a stiff challenge from existing fitness trackers like Fitbit and Jawbone along with a growing number of smartwatches that also collect exercise data. They include Apple, Misfit, and Samsung, who have a head start on Athos when it comes to consumer adoption of wearables.

Athos, which started selling its workout clothing online six months ago, says it has sold millions of dollars in merchandise. Now is the time to increase manufacturing to meet growing demand, said investor Chamath Palihapitiya, a former Facebook executive who founded Social Capital.

Already Athos is being used by many sports training programs, including the NBA’s Warriors (of which Palihapitiya is a part owner).

Palihapitiya and Athos are betting that people will tire of heart rate monitors and fitness trackers. “Many of them are glorified pedometers,” said Palihapitiya. NPD research projects that activity trackers will peak around 32 million in 2016 after logging steady growth for the past four years.

Athos founder DJ Jayalath believes that most gym goers and athletes will want to monitor something more than their heart rates and steps to track their health progress.

For more about wearables, watch this video: