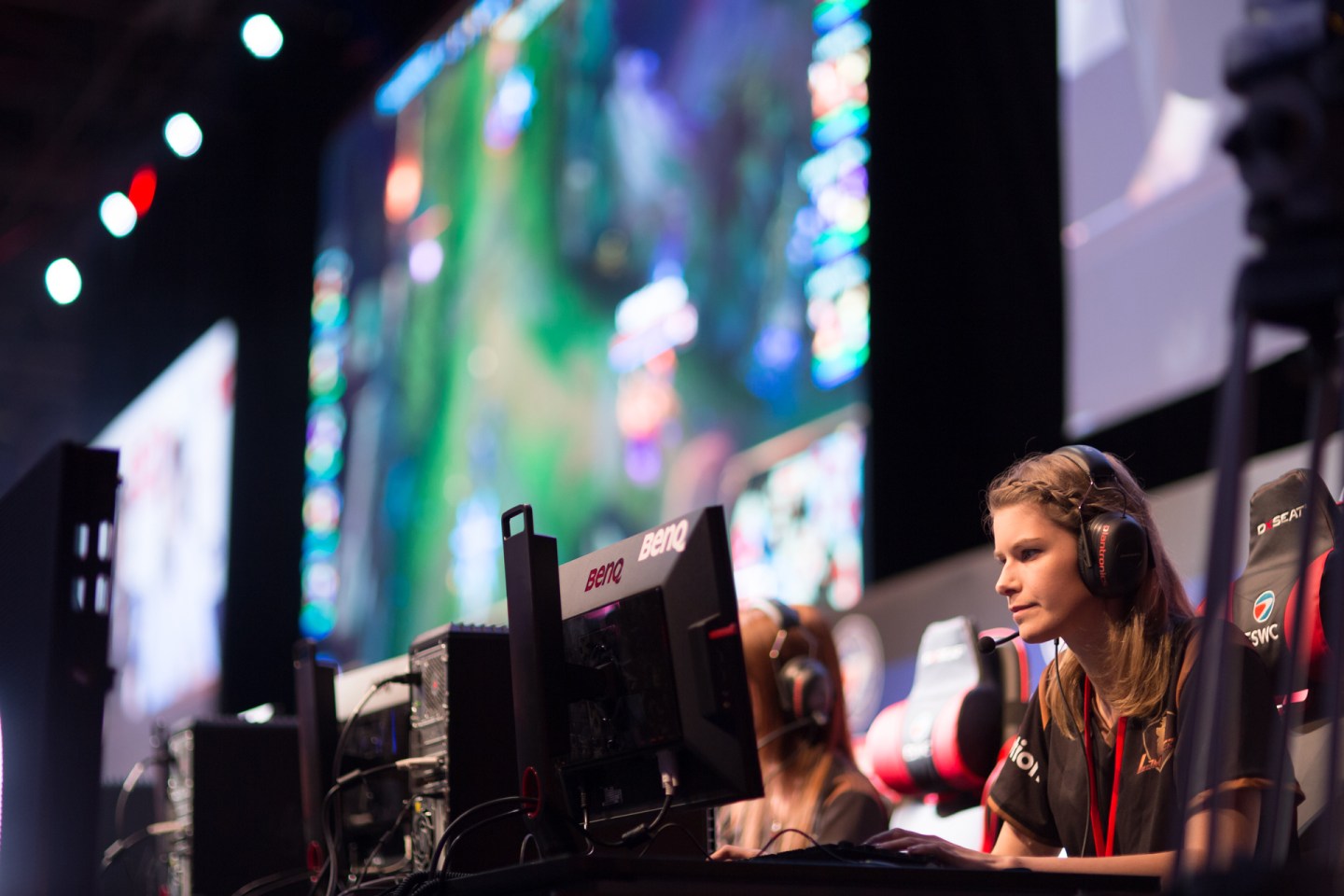 According to the Entertainment Software Association (ESA), 44% of all gamers in the U.S. today are female. But when it comes to the burgeoning market of eSports, professional gamers are overwhelmingly male.

According to Lâm Hua, head of content at Oxent, female teams have existed for a while, but they were relegated to playing scrimmages and badly organized online leagues with no prize money and limited exposure.

“We talked with a lot of the best female teams and players and heard their motivations and complaints,” Hua says. “They wanted to show the world that they loved to compete too and they needed a kickstart. We all wanted to help them and support them for the long-term, rather than just do a one-shot event.”

Oxent, which has run Electronic Sports World Cup (ESWC) events around the globe for 13 years, has been a pioneer in providing female gamers a global platform to compete on with Valve’s Counter-Strike: Global Offensive franchise, one of the biggest games in eSports.

Oxent also recently worked with Riot Games to hold a diamond tier all-female League of Legends tournament with $25,000 in prizes during Paris Games Week Oct. 28–Nov. 1. Hua says dozens of teams from 12 countries around the world sent in applications to take part in this inaugural event and the best eight teams were selected. Hua estimates that there are approximately 7 million active women on League of Legends today, and that number will only grow.

“One of the great things about eSports is it’s one arena where there is no difference between men and women; they’re both equal in the game,” Whalen Rozelle, director of eSports at Riot Games, says. “We’ve seen female gaming competitions and they show women can play competitively. We’d love to see women playing alongside men in the LCS. That will happen over time as eSports become more entrenched in culture. Female fans watching today will want to compete. There are no plans to have a separate women’s league. It would be tough to get there because of social pressures, but we do strongly believe in an integrated sport.”

Oxent established the Just Dance World Cup last year and hosted a recent event during Paris Games Week that included 18 professional gamers (both male and female) from five continents competing in Ubisoft’s Just Dance. Hua says that in addition to opening up core eSports titles to female gamers, his company is introducing more casual, mainstream titles to the eSports audience.

That audience is huge, as according to research firm Newzoo there are 226 million eSports fans around the globe today and that number will increase to 323 million by 2018.

MORE: How This Tech Company Benefits from ESports

Hua believes there remain hurdles in achieving this goal. One problem is that eSports games today are designed by men for an eSports gaming audience that Hua estimates is 95% male.

Although all eSports leagues are open to both sexes, there’s a reason fewer female pros are competing.

“The eSport community suffers, like the gaming community, from blatant sexism,” Hua says. “It is not a welcoming environment for women. They’re harassed and judged on their physical appearance. A female pro player doesn’t just have to face an opponent in competitive play, she also has to face the gaming community.”

Another issue is that Hua doesn’t believe women are into watching competition as much as men are. He points out that while nearly half of all gamers are female, only 10% of the hardcore PC eSports gaming audience for League of Legends is female.

Hua believes that female pro gamers being integrated into eSports leagues in the future is good for the entire games industry. Female pro gamers will open up new marketing and sponsorship opportunities for eSports, as well as attract new female fans to the market.

“The female target demographic is huge and we’re in need of role models,” Hua says. “We need female champions that can provide top performances on a regular basis for the top eSports games out there. We need great female personalities out there.”

If the testosterone-driven sport of mixed martial arts can celebrate female athletes like UFC fighters Ronda Rousey and Holly Holm, surely eSports can integrate female gamers in the future.