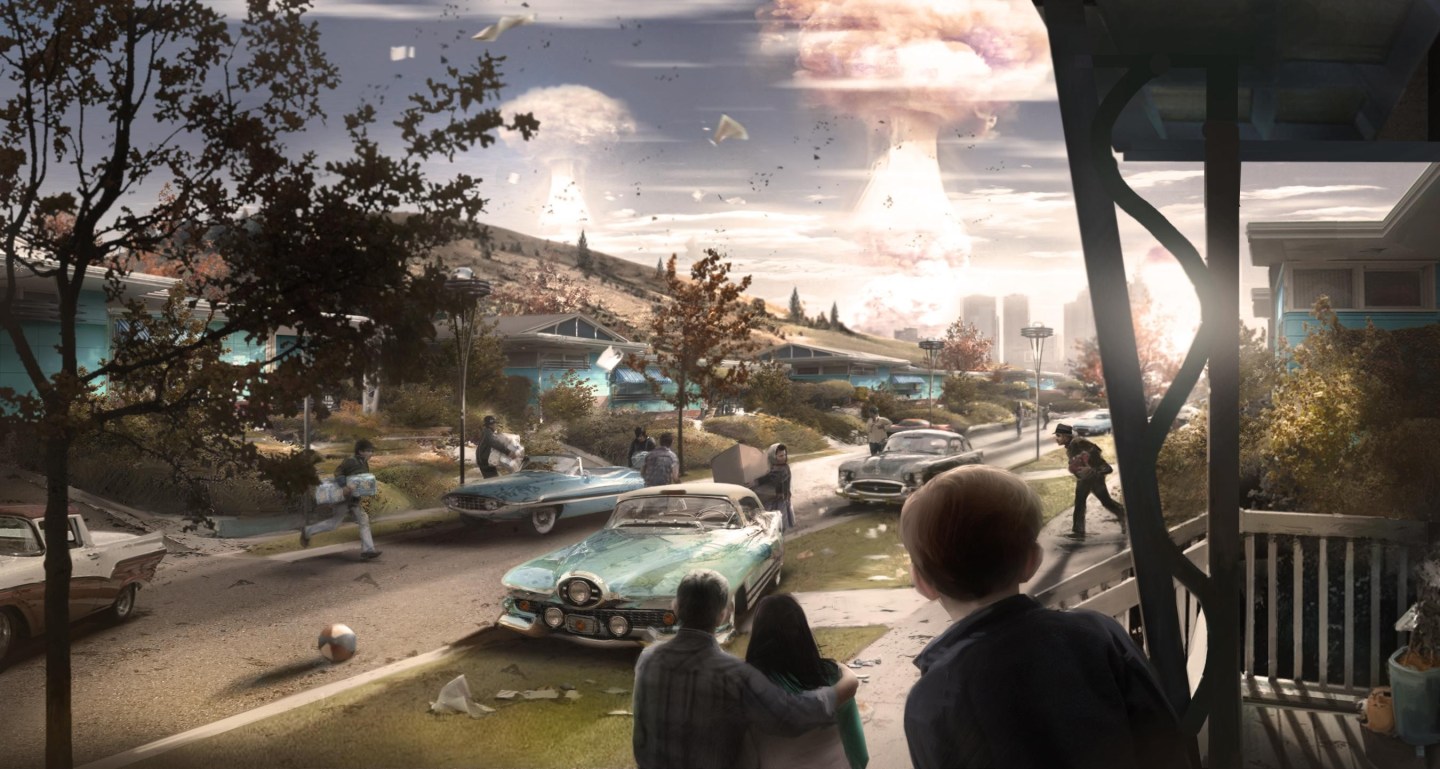 Activision Blizzard’s Call of Duty: Black Ops 3 is no longer the biggest entertainment launch of 2015.

Bethesda’s Fallout 4 sold 12 million copies and generated over $750 million in its first 24 hours at retail on Nov. 10. Those numbers obliterate the over $550 million in 72 hours that Activision-owned developer Treyarch earned with Call of Duty: Black Ops 3.

Yet while Activision (ATVI) has done a great job of turning Call of Duty into a mainstream game franchise that most people, including nongamers, recognize, the Fallout franchise is one with dedicated gamers but little pop culture crossover.

In Fallout 4, gamers play the sole survivor of Vault 111 and enter a world destroyed by nuclear war. The game has been designed as an open world adventure, allowing players to craft their own character and embark on a unique exploration of the New England Wasteland.

SuperData Research CEO Joost van Dreunen has been a fan of the Fallout franchise since day one because of its unique aesthetic and experience.

“Its popularity seems to come from an odd blend of narrative and action,” van Dreunen says. “As the franchise has grown more mature over the years, it has inevitably attracted a larger player base, but its popularity among livestreamers on Twitch and YouTube has further accelerated its momentum.”

Fallout 4 set the record as the most viewed game launch of all 2015 games, according to Twitch.

Mike Schramm, video game analyst at EEDAR, says the Fallout franchise has three main audiences. There are the old-school PC gamers who remember the original turn-based games. There are fans of Todd Howard’s Bethesda Game Studios, whose last three games (Elder Scrolls III: Oblivion, Fallout 3, and Elder Scrolls IV: Skyrim) were hailed as games of the year on their respective releases. And Fallout 4 is also attracting fans of the new PlayStation 4 and Xbox One consoles as well.

“Bethesda announced the game as a surprise back at E3, and the title has squarely remained high on ‘most anticipated’ lists since then, matching up to other big names like Microsoft’s Halo 5, Activision’s Call of Duty: Black Ops 3, and Ubisoft’s Assassin’s Creed Syndicate,” Schramm says.

The game was one of the most preordered titles of the year at retailers. And digital sales were also strong, with sales over $100 million across Valve’s Steam platform and Sony and Microsoft’s digital stores. Van Dreunen says the game sold over 1.2 million PC and over 640,000 console digital copies at launch.

Fallout 4 established a concurrent play record on Steam with over 470,000 PC gamers playing at once.

The companion app, Fallout Pip-Boy, became the No. 1 game on the iTunes App Store, and the mobile Fallout Shelter app has been a success on both iOS and Android mobile devices. Schramm says Bethesda is likely to expand its mobile strategy. The company already is developing a mobile Elder Scrolls game.

Van Dreunen says this launch is a “slam dunk” for ZeniMax. He believes the financial gains will likely go toward maintaining the company’s creative independence, especially now that the games industry has entered a period of consolidation.

Schramm says the company’s new strategy of officially announcing Fallout 4 after four years of development and then shipping it five months later could impact both the way ZeniMax markets franchises in the future as well as the entire games industry.

“ZeniMax and other companies may build AAA schedules in the future to surprise players with more finished titles from trusted studios, rather than showing relatively unfinished work early,” Schramm says.

For more on things happening in the video game industry, watch this Fortune video: