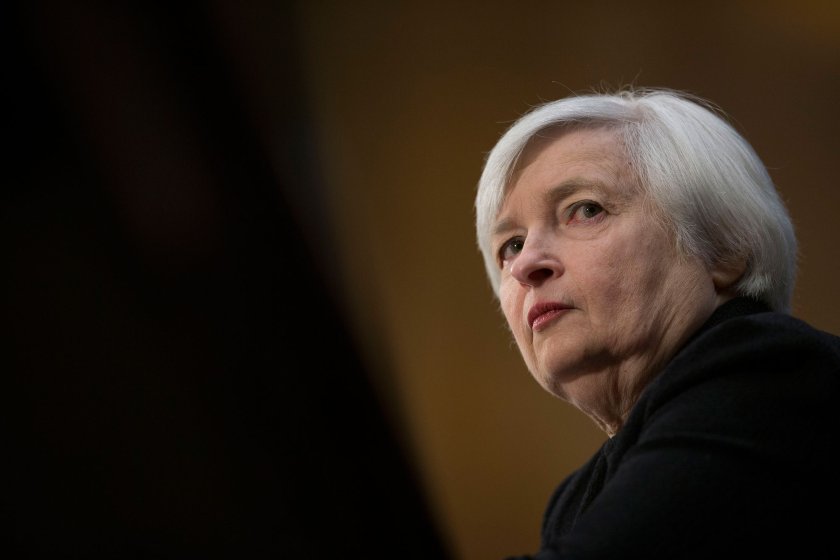 Earlier this week, the Republican presidential debate showcased some of the now-common vitriol against the Federal Reserve and big banks. Sen. Ted Cruz announced that inflation is approaching 40% and that the Fed tightened money in the third quarter of 2008 (inflation is in fact around 0% and the Fed did no such tightening). Sen. Rand Paul made a little more sense when he proposed that interest rates float through market forces rather than through sheer force of central banking will, a common libertarian critique of central banking.

Banks and bankers hardly did better. In what some regard as the moderate’s last stand, Ohio Gov. John Kasich was audibly booed by saying that he would support bailing out a bank that threatened to undermine the financial system. We’ll see if his campaign recovers.

Big banks and the Federal Reserve: Suspicions of that collusion have been with us since the Fed’s beginning. Anyone who visits a university library looking for books on the Fed will find conspiracy theorists.

But unlike other conspiracy theories in public life—that 9/11 was an inside job, or that Barack Obama is really a Kenyan Muslim—there’s a strong basis for the idea that private bankers and central bankers are in cahoots. It’s baked into the Fed’s governance, in the form of the 12 Federal Reserve Banks, each of which participates in shaping monetary policy through their positions as members of the Federal Open Market Committee (although only five of these Reserve Banks have a vote on the FOMC at any given time). Given that private bankers have an outsized influence on the selection and removal of Reserve Bank leaders, we can’t dismiss theories that the Fed colludes with the financial sector out of hand. Such collusion is written into the Federal Reserve Act itself.

If there is a presumption of collusion between big banks and the Fed, it should also be a rebuttable one. For instance, this past week, we see two announcements that don’t often go together, historically. First, profit margins at the nation’s largest banks are the thinnest they’ve been in a very long time, suggesting some tightening in this important sector of the economy. And second, the increasing certainty that the Fed is going to finally, after seven long years, take interest rates off of the so-called zero lower bound.

There is no question that this climate of zero-interest rates (and other unconventional monetary policy tools in the Fed’s toolkit) have been a boon to banks. The “carry trade”—borrow at one low interest rate and invest in another for more—isn’t that hard to pull off with interest rates where they are, and the Fed has allowed banks the space to add more equity to their balance sheets post-crisis, even as the central bank has allowed dividend payments that the banks badly want, but that might undermine financial stability.

At the same time, the Fed has been trying hard to implement the massive regulatory apparatus created legislatively under the Dodd-Frank Act. There is much to criticize about the Fed’s regulatory approach, but there is no question that many Fed insiders—including Chair Janet Yellen—view the Fed as taking a strong line against banks putting profits above systemic risk.

This complicated set of factors raise a series of questions: What do we make of these vanishing bank profits? Does this mean regulation is working? And will the suddenly weaker banks mean that the Fed will delay its already much-delayed decision to lift interest rates from zero?

These questions aren’t terribly difficult to answer. First, and most generically, in competitive markets we should see banks’ marginal revenues approach their marginal costs. If profits are getting squeezed, that means we are seeing those two values converge.

Second, it might mean that regulation is working, but profits drop because revenues drop, costs rise, or a little of both. Regulation might be a factor in each scenario if the revenues gained from shifting systemic risks to the public (via both the Fed and the Treasury) are dropping. But it might also mean that the compliance costs are higher. Maybe regulation is effective, but maybe it’s hopelessly ineffective and just expensive. From the drop in profits alone, we can’t really say.

Finally, there is virtually no chance that the banks’ announcements will deter the Fed from its all-but-announced decision to raise interest rates after the December meeting. The reason is that even if bank profits could be synonymous with financial stability—a proposition that is facially untrue but accepted as fact by many bankers and regulators—there is a growing consensus at the Fed that the best approach to financial stability isn’t the crude use of monetary policy instruments like interest rates.

The Republicans won’t always make sense in their criticisms of the Fed, nor will politicians generally. And we in the public shouldn’t take as gospel the idea that the Fed can separate itself from every influence from the private financial sector of which it is so fully a part. But the political turmoil and banks’ dwindling profits aren’t likely to change this reality: In December, we will almost certainly have liftoff.

Peter Conti-Brown, a legal scholar and a financial historian, is an assistant professor at The Wharton School of the University of Pennsylvania. His book, The Power and Independence of the Federal Reserve, is forthcoming from Princeton University Press.