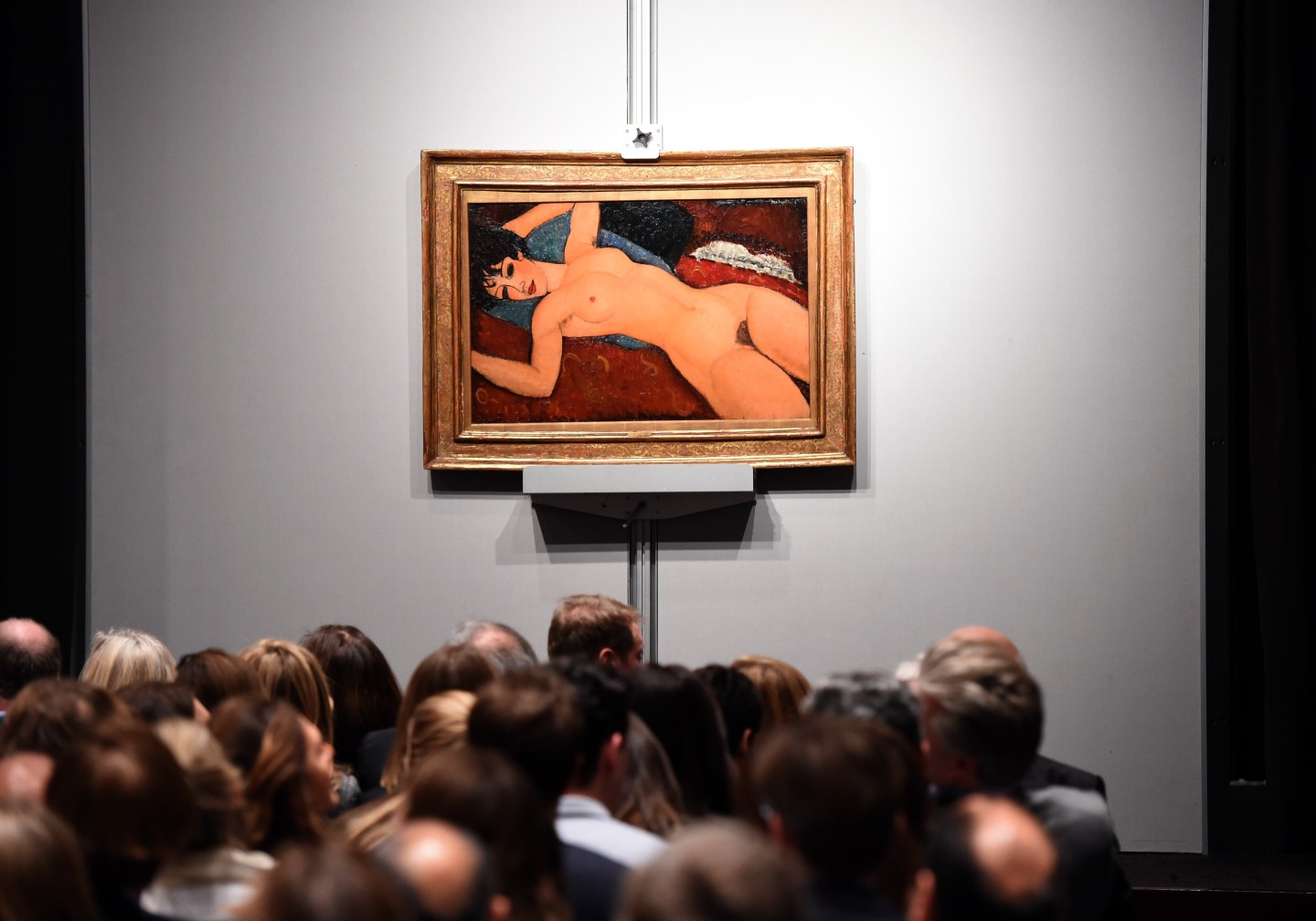 The total exceeded pre-sale estimates of $2.1 billion, but fell short of May’s sales record of $2.7 billion.

The most expensive piece of art remained Italian painter Amedeo Modigliani’s “Nu Couche,” which sold for $170.4 million at Christie’s on Monday, becoming the second-most expensive piece of art ever sold at auction. The painting, the name of which translates to “Reclining Nude,” is one of a series of nudes painted by Modigliani in 1917 Paris in the throes of World War I.

The painting was purchased by Chinese billionaire Liu Yiqian, who has made headlines in the art world in the past. Earlier this year, Liu broke the world record for an oriental work of art sold by an international auction house, paying $45 million for a 600-year-old Tibetan embroidered silk tapestry. Last year, he paid $36.3 million for a small cup from the Ming Dynasty era.

Ten artworks remained unsold after the auction, including sculptures by Pablo Picasso and Edgar Degas, and paintings by Berthe Morisot, Alfred Sisley and Georges Braque, according to Bloomberg.