Why Big Obama Donors Aren’t Giving to Bernie or Hillary 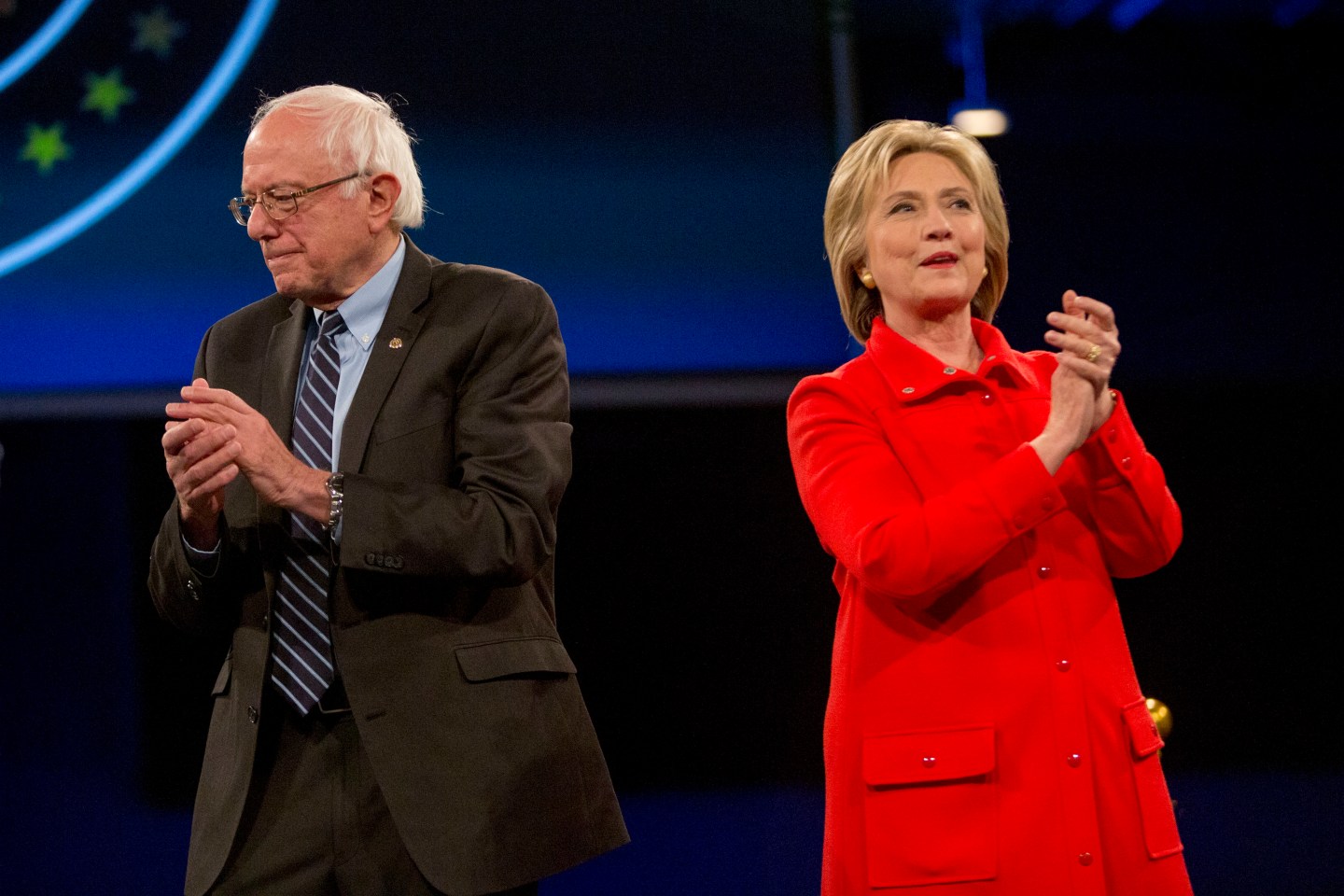 Hillary Clinton, former Secretary of State and 2016 Democratic presidential candidate, right, and Senator Bernie Sanders, an independent from Vermont and 2016 Democratic presidential candidate, applaud and stand on stage together during candidate introductions at the Jefferson-Jackson Dinner in Des Moines, Iowa, U.S., on Saturday, Oct. 24, 2015. With Vice President Joe Biden officially out of the presidential race, the nation's first nominating contest between front-runner Clinton and Sanders is gaining steam, according to a new Bloomberg Politics/Des Moines Register Iowa Poll. Photographer: Daniel Acker/Bloomberg via Getty Images
Photograph by Daniel Acker — Bloomberg via Getty Images

Nearly four-fifths of the individual backers who gave to President Obama the maximum $5,000 donation in 2012 have given neither to the Hilary Clinton nor Bernie Sanders presidential campaigns, according to an analysis by The Wall Street Journal.

The Journal reached out to many of these donors finding that Clinton, the front-runner, just doesn’t inspire potential donors the way that President Obama did in his two presidential campaigns. ““I’m just not ready for Hillary yet . . . It’s not that I don’t think she’s competent—she is competent, she’s just hard to like,” Robert Finnell, a Rome, Ga., lawyer who gave to Obama in 2012, told the Journal.

Others, like Julianna Smoot, finance director on President Obama’s 2008 campaign and deputy campaign manager of his re-election effort say that many of these folks are waiting on the sidelines for now, but will be ready to give once the general election rolls around.

One other factor that might be holding people back is the flood of money that is affecting the race through PAC fundraising. The recent Citizens United Supreme Court decision that allows political action groups to raise unlimited funds from special interest groups is making average donors feel as if their donations are less important. “Even though I gave the maximum [in 2012], it’s nothing compared with what these PACs do. I certainly don’t see my contribution as significant,” Marilynn Duker, president of a Baltimore residential development and property management company, told the Journal.