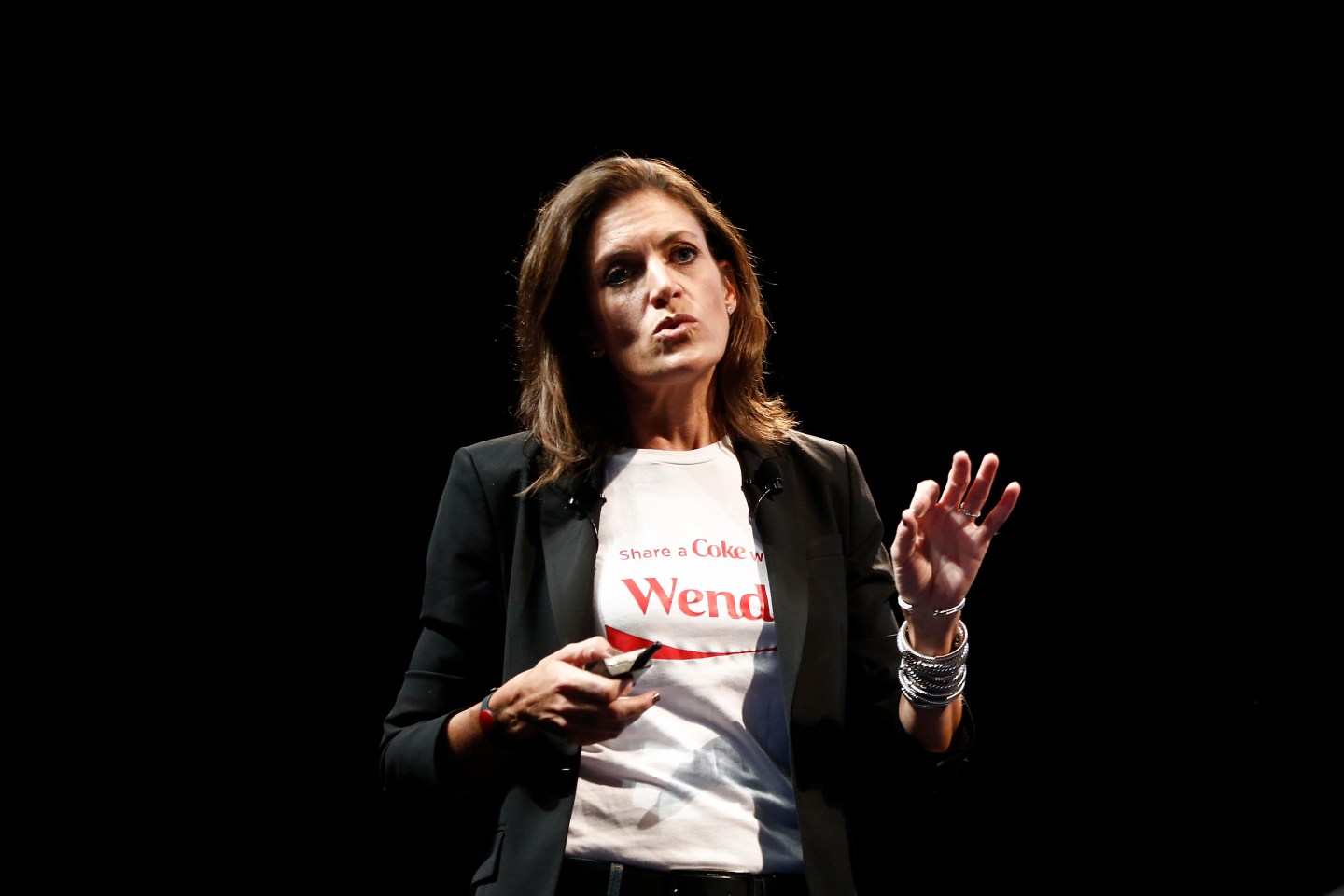 Wendy Clark, one of Coca-Cola’s (KO) most senior women executives, is departing the beverage giant to be president and CEO of DDB North America. This is a surprise—but inevitable—move for one of the star marketers in the big-brand universe.

The jump to one of the world’s largest ad agencies takes Clark, who is Coca-Cola’s president of sparkling brands and strategic marketing, back to her roots. She spent her early career at ad firm GSD&M, then moved to AT&T (T) in 2004, where she was SVP of advertising. There, she worked with Chuck Brymer, then chairman and CEO of Interbrand; AT&T was his client. Today, Brymer is CEO of DDB Worldwide—and the man who wooed Clark away from Coke.

When did the courtship begin? “About 15 years ago,” says Brymer, only half-joking. During Clark’s four-year stint at AT&T, “I spent a lot of time with her,” he recalls, and together they presented to the telecom company’s top brass and its board more than a dozen times. Clark was not only “cool under pressure,” Brymer says. “She was also great with people.”

When he moved to DDB in 2006 and she jumped to Coke in 2008, Brymer and Clark stopped working together, for good reason: DDB is a unit of Omnicom Group (OMC), which also owns BBDO, Pepsi’s ad agency, and other marketing services companies that work for PepsiCo (PEP).

Brymer says he “always wanted to work with Wendy again.” While he declines to give details—and Clark, 44, has opted not to talk publicly about her move—sources close to both parties say that he approached her with a specific job opportunity about a year ago. “It’s a complete natural for Wendy,” Brymer says about the DDB North America CEO post, noting that at AT&T and Coke, “she gained unique insight into the issues facing marketers and how to leverage that insight within an agency. That’s a powerful combination.”

In addition to being “a magnet for talent,” Brymer says, Clark is “an innovator” with particularly strong chops in digital media—ever more critical to DDB and its clients. At Coke, Clark helped build the company’s flagship beverage into the biggest brand on Facebook (FB). “We might be shepherds, stewards, and guardians of our brands, but we no longer control them,” Clark said on stage at the Fortune Most Powerful Women Summit in 2012. To build a major social presence, she advised other global brand-builders to think of “content as the new currency” and “your constituents as storytellers.”

Climbing the ranks of Coca-Cola swiftly, amid senior management overhauls, Clark emerged as one of CEO Muhtar Kent’s rising superstars. But she indicated her restlessness early this year when she took a three-month sabbatical to help Hillary Clinton with her marketing and social media in the run up to her presidential campaign. She spent weekdays in New York, returning to her husband and three children in Atlanta for long weekends. While many of her colleagues believed at the time that she would get sucked into politics and leave Coke for good, Kent made “multiple bets” that she would return. In April, she did.

A flexible schedule to maintain some semblance of work-life balance—an ethereal concept for someone as high-powered as Clark—was critical to her accepting the job as CEO of DDB North America. Clark intends to split her time between New York and Atlanta (where Omnicom has offices) after she takes the helm on January 1. She’ll replace Mark O’Brien, who will become EVP at Omnicom, and she will be a logical candidate to ultimately succeed Brymer, who is 56 and has no imminent plans to retire.

This new gig will not be completely virgin territory for Clark: One of DDB’s biggest clients is McDonald’s (MCD), which sells drinks such as Coke and Sprite and Dasani water, which Clark has been promoting for the past seven years.

Here’s Clark, at the 2012 MPW Summit, talking about building brands on Facebook: