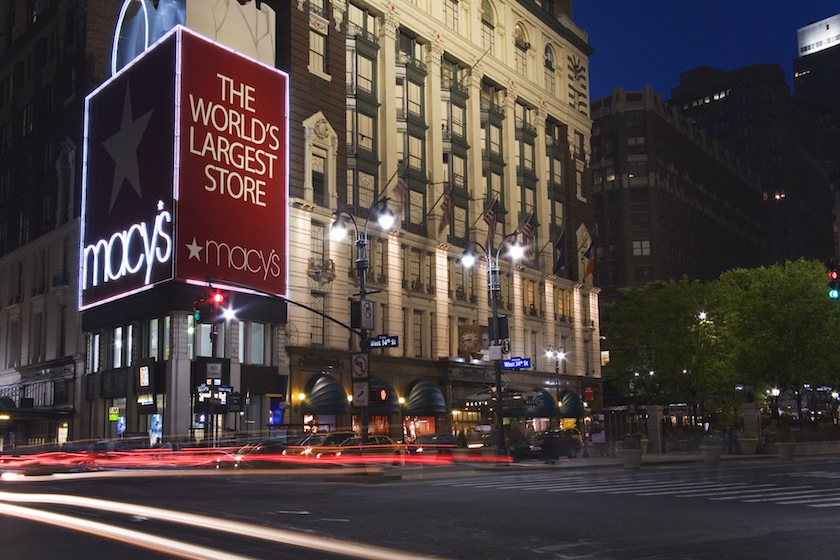 Macy’s (M) has hit its roughest patch since the Great Depression, prompting the retailer to add to its program of store closings as sales continue to fall.

While the department store chain, which on Wednesday reported its third straight quarter of declining comparable sales, plans to streamline its fleet and weed out dozens of poor locations, there is a limit to how much the retailer will ultimately cut, its CEO Terry Lundgren says.

Even in the age of e-commerce, indeed because of how customers are shopping in the digital sales era, he argues, stores are as valuable as ever.

“I very strongly believe that consumers are not only going to shop online, they’re going to start their journey on their phones, they’re going to enter our stores, they’re going to interact with our sales associates, learn more about product, try product on, feel the fabric,” Lundgren told Fortune. “They may not buy it in store that day. But without that store interaction, it’s likely the sale would not occur.”

Macy’s has spent billions in recent years integrating its e-commerce and its physical stores to enable so called “omni-channel” shopping, something that has given it a big head start on the likes of Kohl’s (KSS) and J.C. Penney (JCP). Data recently compiled for Fortune by eMarketer found Macy’s to be the No. 4 Internet retailer in the United States with sales of $4.7 billion in the last 12 months, or 17% of sales, one of the highest rates among bricks-and-mortar retailers.

What’s more, Macy’s has equipped hundreds of stores to ship online orders, speeding up the process and making better use of unsold store inventory. Lundgren’s comments echo those of his counterpart at Wal-Mart Stores (WMT), Doug McMillon, who recently said that company’s 4,500 stores are its best asset against online rivals.

But a mix of consumers shifting spending away from apparel, a drop in international tourism, and declining traffic in many malls have halted the once high flying retailer’s growth. Macy’s reported that comparable sales fell 3.9% in the three months ended Oct. 31, and in a shock to investors, said they would slip 2% to 3% in the current holiday season quarter, Macy’s most important of the year. The news sent shares down 14%.

In September, Macy’s had announced it would close 35 to 40 stores in 2016. But after the dismal quarterly results on Wednesday, the company said even more closings in the 800 store fleet were in the offing.

Though many have speculated that Macy’s could easily slim down to 700 stores—it has hundreds of stores in weak malls—Lundgren said that stores are ultimately part and parcel to his strategy.

“I don’t know what the number (of stores) is. But I know there needs to be fewer of them,” he said. “We’re offering as many shoppers as we possibly can the ability to have a full omni-channel experience of using our online capabilities plus our store experience.”