The Unemployment Rate is 5%. So Why is America So Grumpy? 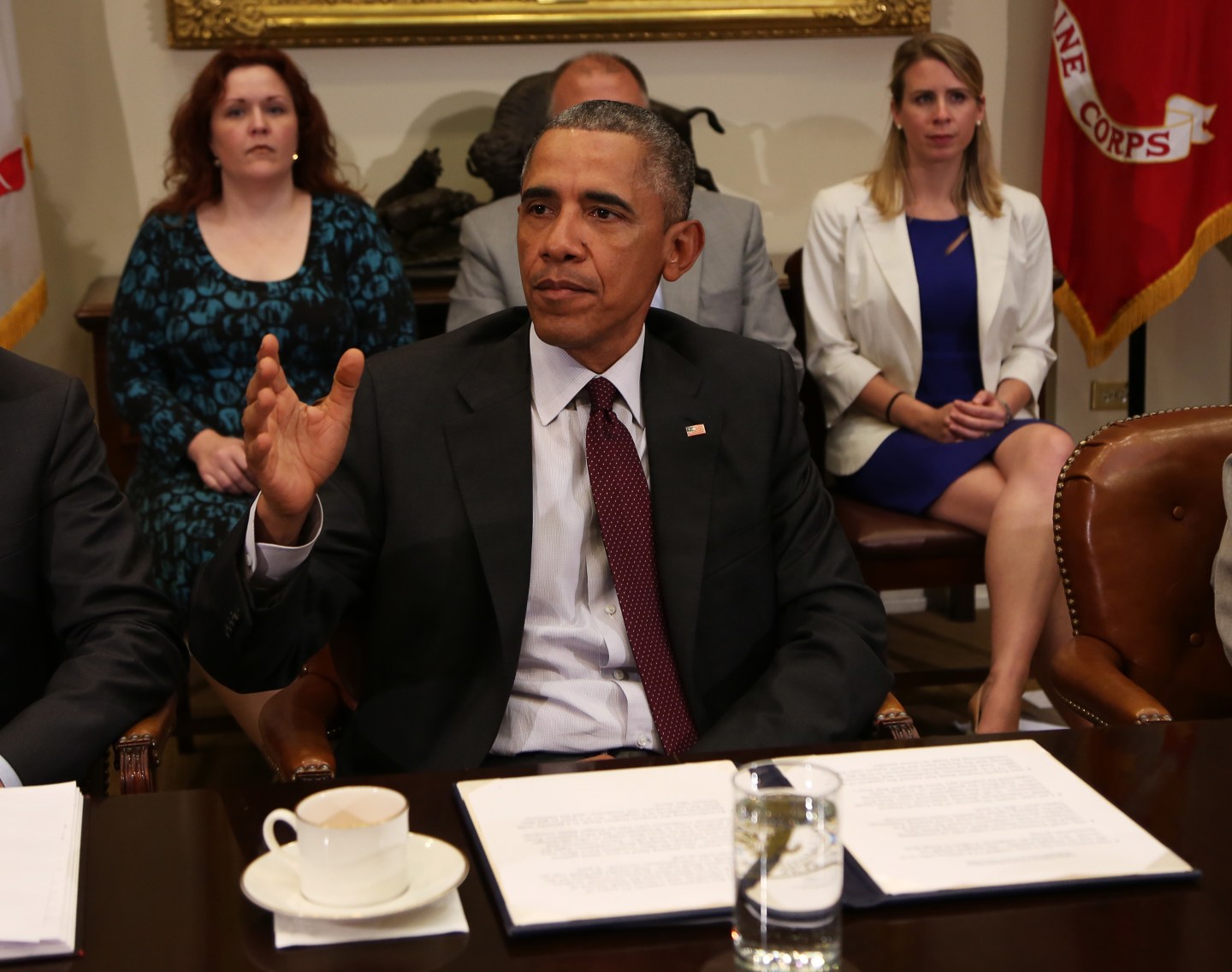 The official unemployment rate in the United States is 5%, which is below the post-war average of 5.8%. The S&P 500 is sitting pretty, just 2% off its all-time high, set earlier this year. Oh yeah, and the United States has never been richer in its history, with a GDP of $18 trillion and a GDP per capita of $54,629, both record highs.

Given these statistics, you’d think the American public would be thrilled. But no. The State of our Union is cantankerous, based on poll numbers on the subject. A recent poll by the Associated Press and GfK showed that 54% of Americans “say the nation’s economy is poor,” versus 45% who say it is good. Sure, American’s views on the economy have improved in recent years. Back in 2012, the same polls showed that only 30% of Americans saw the economy as “good.” And Americans’s despondent views about the economy is just one unique aspect of this economic cycle.

As the above data from Gallup show, Americans aren’t giving President Obama any credit for the gains the U.S. economy has made since the financial crisis.

Yes, the unemployment rate might be lower than average, but the official rate doesn’t show the full jobs story. Far more Americans are stuck in part time jobs than usual, and many Americans have given up on looking for a job altogether, even though they want one. These facts are better captured by the U-6 unemployment rate, one of several that the Bureau of Labor Statistics publishes each month.

As you can see, today’s U-6 rate of 9.8% is much higher than it was during the previous two economic expansions. This suggests that many Americans are still struggling to find well-paying, full-time work.

All the gains the economy is making are being captured by the already wealthy.

Despite the progress the U.S. economy has made, it’s clear from the statistics that only a small slice of the population is enjoying those benefits.

Sure, GDP per capita has increased by 16% since the recovery, but the median household income has actually declined during that period.

Inflation is low, but not for the purchases that matter most.

For those who follow economic statistics closely, it’s common knowledge that the U.S. and other developed economies have been suffering from a lack of inflation in recent years, much to the chagrin of central banks, who aim to keep it rising at roughly 2% per year. But for the average American, it often sounds strange that government policy makers think prices aren’t rising fast enough.

That’s because the cost of essential items like child care, education, and healthcare are rising much faster than the prices of other items in a typical family’s budget. So, while consumers are benefitting from cheap electronics, apparel, and entertainment, affordable access to those goods likely does not make up for the fact that prices for necessities are rising at a worrying pace.