Germany has had enough of hate speech spreading on Facebook 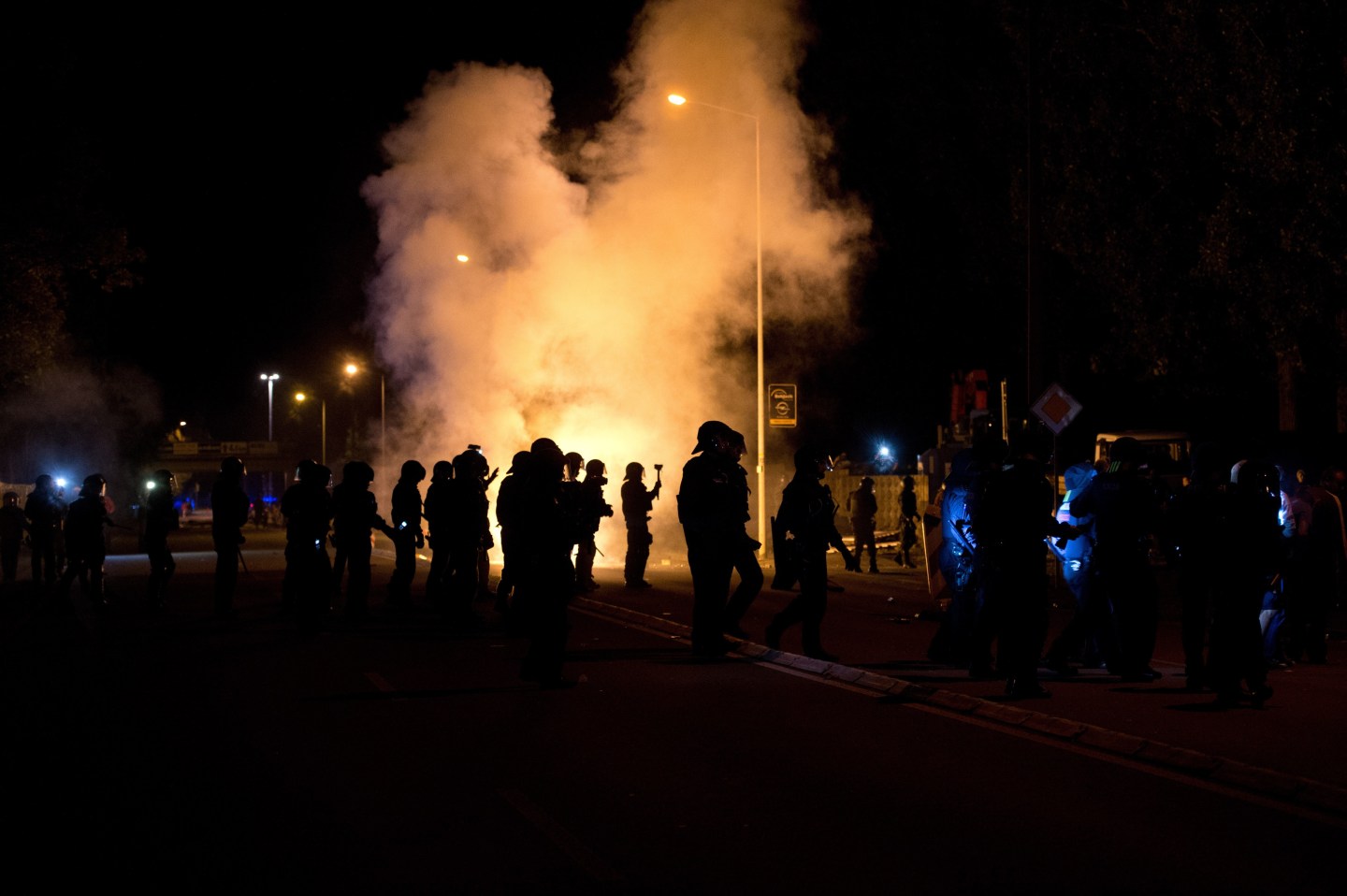 It’s been a storm brewing ever since Europe’s migrant crisis exploded in the summer, and now it’s breaking.

German prosecutors have opened a criminal investigation into Facebook Inc.’s (FB) top management in the country on suspicion of facilitating the incitement of racial hatred, after a wave of anti-immigrant posts on the social network, according to Der Spiegel.

The magazine’s website said state attorneys in Hamburg had opened a probe against Martin Ott, managing director for northern, central and eastern Europe, and the man who has hands-on management of the company’s operations in Germany. The attorneys hold Ott responsible for the site’s failure to take down racist commentary that has proliferated wildly in parallel with the inflow of migrants.

In one notorious incident in September, an account with the handle “Berlin Defends Itself” gloated exultantly about the drowning of the three-year old Kurdish refugee Aylan Kurdi, the image of whose body went viral across the globe. That account is still active.

In a separate incident, Facebook refused to take down a post that said migrants “should all be thrashed together, have a rope put round their necks and be dragged out of Germany. And get 50 lashes for every show of resistance. Out with the filthy rabble.”

The company told various people who complained that the post didn’t violate its community standards, according to Der Spiegel.

Facebook in Germany has explained in some detail its procedures for handling content flagged as abusive. However, in the readers’ comments section underneath that link, there is still more material suggesting the policy is ineffective. One reader complains that Facebook deemed the following comment not to violate its community standards.

“Shoot and burn them all…Rebuild the concentration camps…I don’t give a shit who calls me a Nazi.”

In an e-mailed comment, a Facebook spokeswoman said the allegations of facilitating hate speech “lack merit, and there has been no violation of German law by Facebook or its employees.”

“The topic of xenophobic content on Facebook is very important to us. We understand that we are very much exposed, particularly in Germany where we are facing grave criticism for accepting such provocations. However, we have no problem with this if it helps to discuss the issue of xenophobia in society and on Facebook.”

While proving a causal link may be difficult, what is clear is that the rise in anti-foreigner outbursts on social networks is being accompanied by a very real rise in violence against migrants in Germany. The Ministry for refugees says there were 576 attacks on asylums by the end of October this year, an average of nearly two a day and up from 196 for all of 2014.

Facebook’s seemingly relaxed attitude towards the phenomenon, in a country which is only too aware of where racist extremism leads, has met with widespread incomprehension in Germany–especially when compared to its draconian policy towards nudity, with which Germans have far fewer problems.

Prosecutors had already opened an investigation into the management of the network’s German registered subsidiary Facebook GmbH, but that investigation has failed to gain any traction, since the managers concerned are based in Ireland and the U.S.

Federal Justice Minister Heiko Maas had said on national TV in October that he didn’t consider Facebook to have broken any laws, but urged it to show more social responsibility.

For more on Facebook’s response to the controversy so far, watch this video below:

UPDATE: This story has been updated to include a response from Facebook and the complaint from its page on reporting procedures. The poster of that complaint couldn’t immediately be reached to verify his comment.