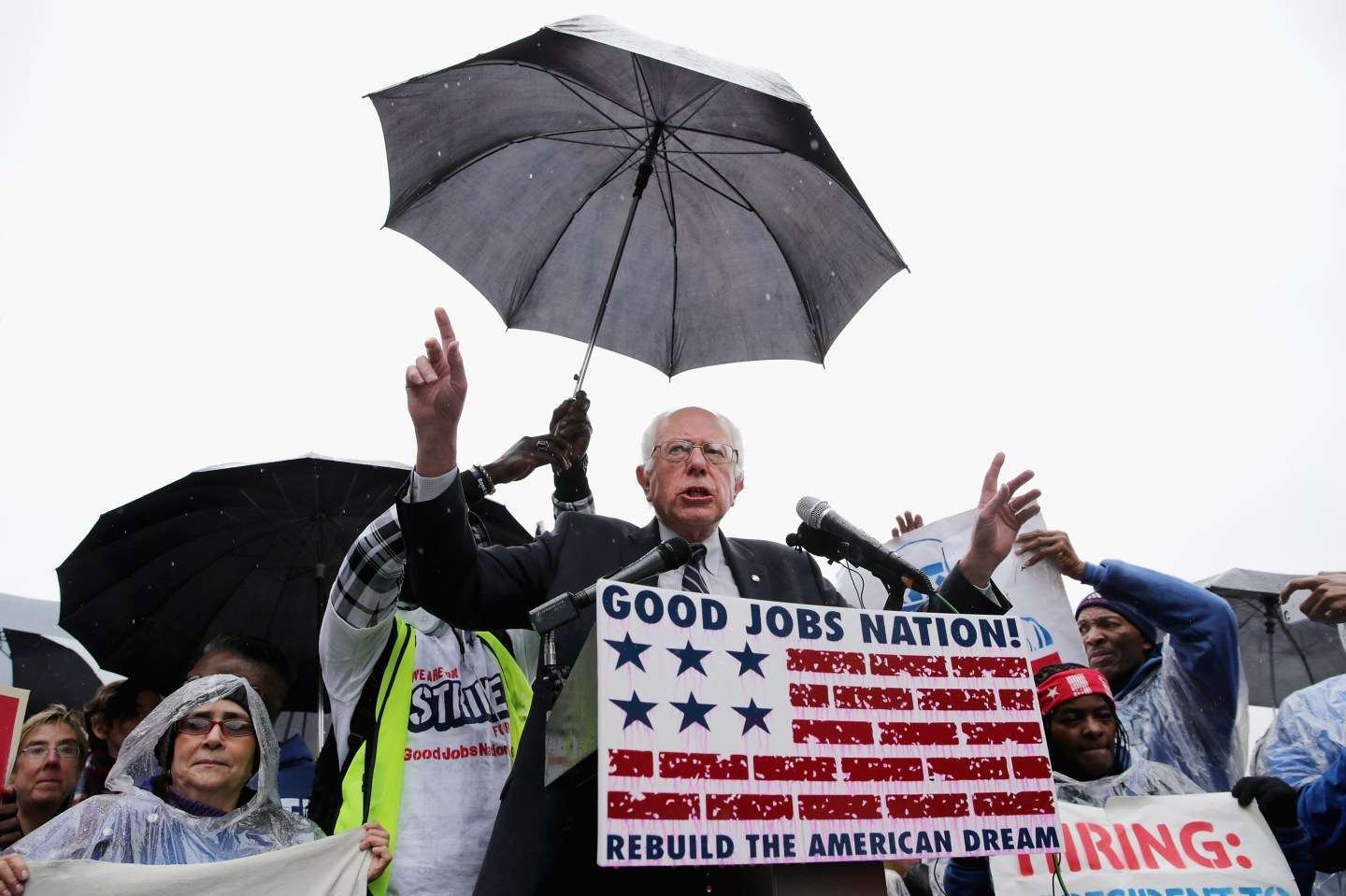 WASHINGTON, DC - NOVEMBER 10: Democratic presidential candidate Sen. Bernie Sanders (I-VT) (C) addresses a rally with protesters calling for higher wages for federal contract workers in the rain on Capitol Hill November 10, 2015 in Washington, DC. Organized by Good Jobs Nation, the demonstrators were calling for a $15 per hour wage plus benefits for all U.S. federal contract workers, including many who work at the U.S. Capitol. (Photo by Chip Somodevilla/Getty Images)
Photograph by Chip Somodevilla via Getty Images

As thousands of low-wage workers joined the activist group Fight for $15 in a nationwide walkout on Tuesday to protest the country’s current minimum wage, they found a likely ally in Democratic presidential candidate Bernie Sanders.

Sanders, whose campaign stresses leveling the economic playing field for all Americans, addressed protestors in Washington, D.C. “What you are doing and what workers across the United States are doing, you are having a profound impact, ” he told them as reported by MSNBC. Sanders noted that San Francisco and other cities have raised their minimum wage to $15 as a result of the group’s efforts, adding, “Now we have to finish the job.”

Fight for $15 is made up of fast food workers who want a $15-an-hour minimum wage and the right to unionize. They were joined by low-wage workers in various industries Tuesday, along with other supporters, including Sanders, in a strike spanning 270 cities. USA Today reports that it was the largest rally the group had staged in its three-year existence.

The federal minimum wage currently stands at $7.25 an hour.