What Al Gore Taught Me About Getting Ahead at Work 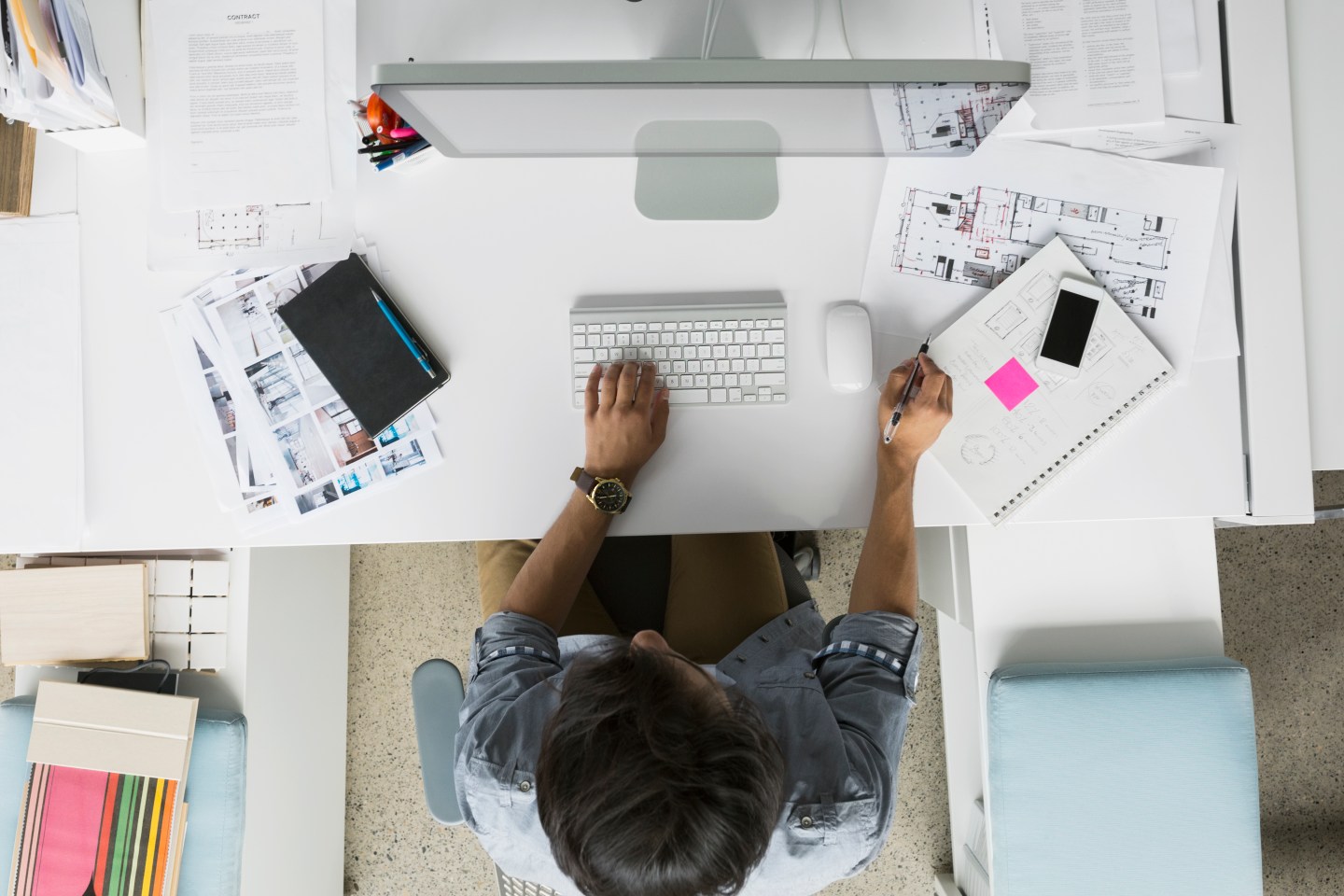 The Leadership Insider network is an online community where the most thoughtful and influential people in business contribute answers to timely questions about careers and leadership. Today’s answer to the question “What’s the most important lesson you’ve learned in your career?” is by Andrei Cherny, CEO of Aspiration.

The motorcade pulled up to the West Wing entrance of the White House and, as I hopped out, the Vice President looked over at me and beckoned me to follow. It was 1997. I was 21 years old and two months into my first job out of college: senior speechwriter to Vice President Al Gore. My first big project was the speech Gore had just completed delivering before a think tank audience in Washington D.C. After weeks of preparation, Gore had laid out his ideas about a transformation that other politicians had barely noticed: the then-budding “new economy – an economy driven by information, research, knowledge, and technology.”

I had been working on the speech for weeks. Gore was not someone who would read a speech that was handed to him. Instead, we started the process with a white board in his West Wing office where he would, literally, sketch out his ideas. This was then followed by discussion meetings with policy thinkers such as then Deputy Treasury Secretary Larry Summers. And then came drafts of the speech. And more drafts. And more drafts. At times, Gore would cut and paste sections of the speech. By this I mean he would actually take out a large pair of scissors and cut paragraphs out of a speech draft and glue them onto another page.

Because of my youth, and the fluke that brought me to the White House, I worked extra hard and tried to carry myself as if I actually belonged there – in the hopes that no one would discover that I did not. After long hours spent working on over thirty drafts of the speech, I was eventually happy with the final product. I thought it laid out a powerful case for a three-part economic strategy of balancing the budget, “investments in education, technology, and the environment,” and opening markets around the world. (Rereading it nearly twenty years later, I’m also pleased it was prophetic in imagining a future where “videoconferencing and auto-pilot cars were standard.”)

See also: Why It Pays To Be Nice at Work

The final speech clocked in at over 4,700 words and delivering it took Gore — not known for being a fast talker — nearly an hour. But the audience responded favorably and the reviews coming in were good. So, as I followed Gore into the West Wing and walked wordlessly behind him up the stairs to his office after the speech, I imagined he might be asking me in to give me a pat on the back or to pop open a couple of beers (I was 21 now) in celebration of a job well done.

Instead, when we got to his office, he opened the folder holding the large type reading copy of his speech that had sat before him on the podium. Starting on page one, he began flipping through the pages. One after another. Finally, about twenty pages in, he stopped and pointed to a word in the middle of the page. “Do you see the problem?” he asked. I read the sentence. And I saw it immediately. “Yes,” I muttered. “Sorry about that.” I had written ‘there’ when what I meant to write was ‘their.’ “Get it right,” Gore said. And turned to walk to his desk. I scooped up my papers and headed back to my office. My face was flushed in embarrassment at the criticism. And soon the mortification turned to annoyance. It was a speech not an essay! What did it matter if I misspelled a word that was pronounced exactly the same way?

Looking back on it two decades later, however, I feel differently. Gore was right. I sometimes tell this story to team members at Aspiration.com. The moral is that details matter. That is especially true in a highly regulated industry like ours and when our clients’ life savings are in our hands. But it is true in any enterprise or any workplace. Nobody is perfect and nobody will achieve perfection, but that doesn’t mean we shouldn’t hold ourselves to the very highest standards day in and day out. When there are high stakes, there is no room for mistakes. You only have one chance at your life. There will be setbacks along the way – I’ve certainly had my share, if not more. But there is no reason to do anything other than wake up every day determined to “get it right.”

The best way to plan for a successful career? Forget the plan by Stephen Cannon, CEO of Mercedes-Benz USA.