What Presidential Candidates Are Saying About Obama’s Keystone Rejection 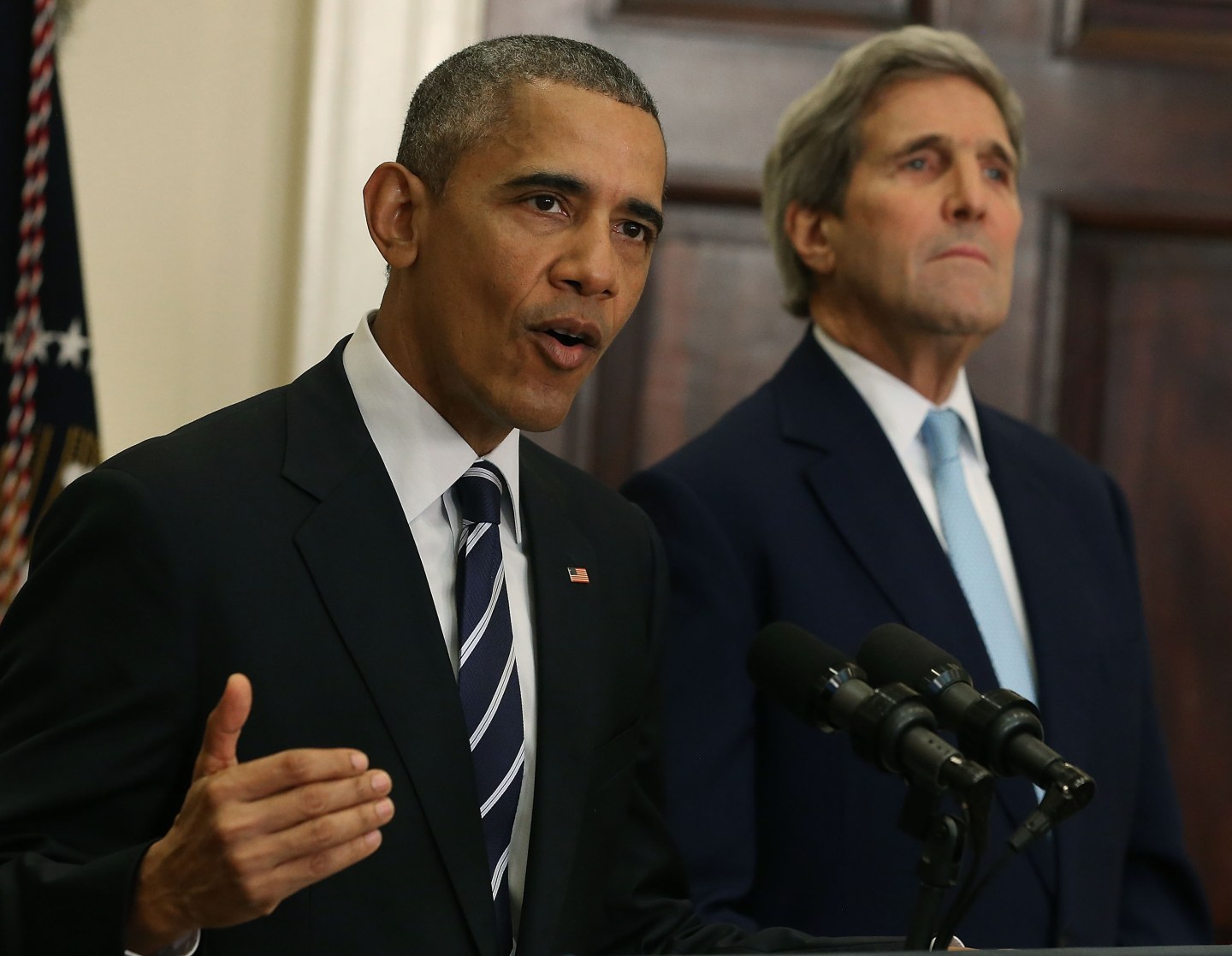 WASHINGTON, DC - NOVEMBER 06: U.S. President Barack Obama, flanked by U.S. Secretary of State John Kerry (R), announces his decision to reject the Keystone XL pipeline proposal, at the White House November 6, 2015 in Washington, DC. President Obama cited concerns about the impact on the environment, saying it would not serve the interests of the United States. (Photo by Mark Wilson/Getty Images)
Photograph by Mark Wilson — Getty Images

U.S. President Barack Obama has rejected the application from a Canadian company to construct the Keystone XL oil pipeline—and right on cue, the 2016 presidential candidates from both parties are weighing in on the decision.

Republican and Democratic candidates have long taken their sides before Obama’s announcement today, with considerations ranging from the environmental impact of constructing the cross-border pipeline to the economic implications (read: more jobs) of granting TransCanada Corporation the presidential permit for the pipeline.

They made their thoughts known on the matter soon after the decision. First, the Republicans:

The Obama Admin's politically motivated rejection of the Keystone XL Pipeline is a self-inflicted attack on the U.S. economy and jobs.

When I'm president, Keystone will be approved, and President Obama's backwards energy policies will come to an end.

Obama’s rejection of #KeystoneXL will flush American jobs down the drain… all to appease the agenda of science denying radicals.

As President I’d authorize #KeystoneXL, and we'd get Americans to work!

Most, as can be seen, would have granted the permit to build the Keystone XL oil pipeline. The Democrats, however, largely support the Obama administration on this issue:

As a leader in the opposition to Keystone XL from Day 1, I strongly applaud the president’s decision to kill this project once and for all.

I've long opposed #KeystoneXL because we know it will exacerbate climate change and extend our reliance on fossil fuels. (1/2)

Poll leaders of both parties—Donald Trump and Hillary Clinton—have yet to weigh in on the matter. Another missing tweet-thought is from Dr. Ben Carson, who might be tending to other more pressing matters at the moment.