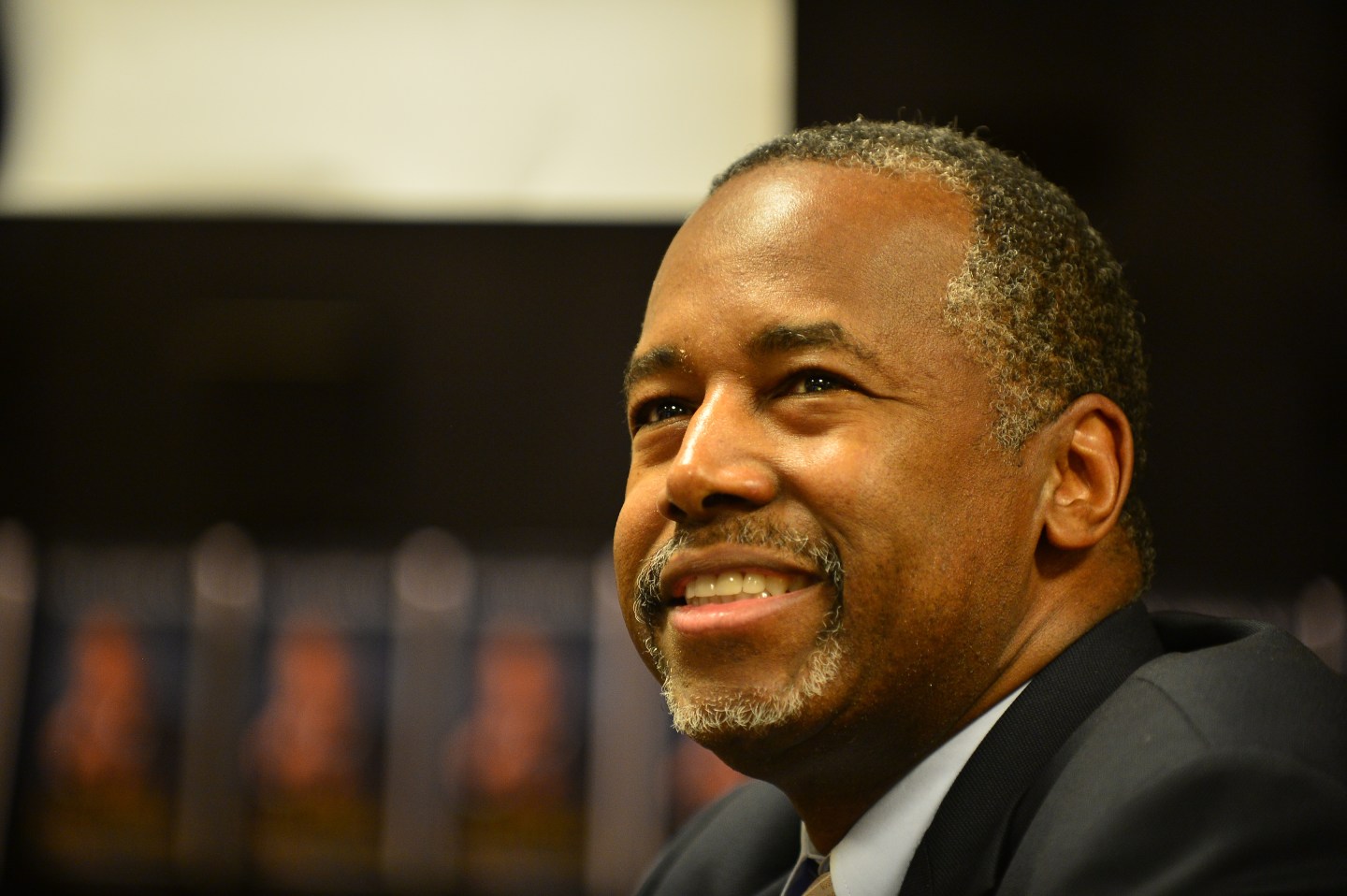 MIAMI, FL - NOVEMBER 05: Republican Presidential candidate Dr. Ben Carson is seen at Barnes and Noble where he made an appearance to sign copies of his book "A More Perfect Union: What We the People Can Do to Reclaim Our Constitutional Liberties" on November 5, 2015 in Miami, Florida. (Photo by Johnny Louis/FilmMagic)
Photograph by Johnny Louis — FilmMagic/Getty Images

Editor’s Note: This article was originally published with the headline “Ben Carson Just Admitted to a Serious Lie”, and later “Ben Carson Just Admitted to a Serious Fabrication”. The basis of Fortune’s story was the POLITICO story “EXCLUSIVE: Ben Carson admits fabricating West Point scholarship“. Fortune has removed portions of this story stating that Carson fabricated or lied about the West Point story. The original version of the POLITICO story said that the Carson campaign had admitted that “a central point in his inspirational personal story was fabricated: his application and acceptance into the U.S. Military Academy at West Point.”

The Carson campaign denied admitting such a thing. The Carson campaign on Friday clarified Dr. Carson’s story and said that he received an informal offer of nomination to West Point from General William Westmoreland, but he opted not to pursue it.

Politico clarified its own story with an editor’s note:

POLITICO stands by its reporting on this story, which has been updated to reflect Ben Carson’s on the record response. The original story and headline said that Carson’s campaign had admitted he “fabricated” a “full scholarship” from West Point, but now Carson denies that his campaign’s statement constituted such an admission, and the story and headline were changed to reflect that. POLITICO’s reporting established that Carson said he received a “full scholarship” from West Point, in writing and in public appearances over the years — but in fact he did not and there is actually no such thing as a “full scholarship” to the taxpayer-funded academy. And today in response to POLITICO he acknowledged for the first time that was not the case. Carson never explicitly wrote that he had applied for admission to West Point, although that was the clear implication of his claim to have received an offer of a “full scholarship,” a point that POLITICO’s initial report should have made clear.

Carson’s West Point story appeared first in his best-selling 1992 biography “Gifted Hands.” In the book, Carson said he met with General William Westmoreland, a key figure in the Vietnam War, in 1969. He claimed that the meeting was followed by an offer of a “full scholarship” to West Point.

West Point told Politico, though, that it had no record of Carson being admitted. When confronted with these facts, Carson’s campaign manager Barry Bennett told POLITICO:

Dr. Carson was the top ROTC student in the City of Detroit. In that role he was invited to meet General Westmoreland. He believes it was at a banquet. He can’t remember with specificity their brief conversation but it centered around Dr. Carson’s performance as ROTC City Executive Officer. He was introduced to folks from West Point by his ROTC Supervisors. They told him they could help him get an appointment based on his grades and performance in ROTC. He considered it but in the end did not seek admission.”