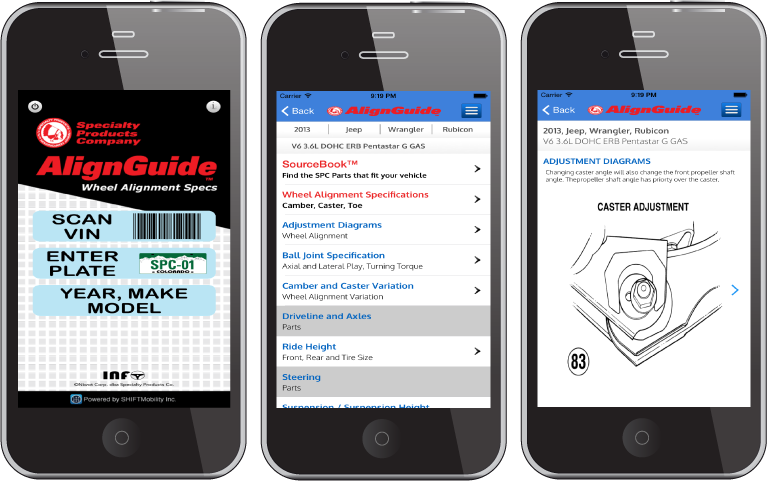 Cars may be getting smarter, but the supplier network that connects parts manufacturers, distributors, and repair shops is still operating under an archaic, inefficient, and painfully slow system.

While parts manufacturers use state-of-the-art information systems, the distributor system is deeply fragmented. For many repair shops and even some distributors, paper is still a part of the commerce and ordering system.

Repair shops are often plagued with inaccurate estimates, wrong part orders, and limited access to diagnostic tools and illustrations. Forget about more advanced functions like anticipating a car’s needs. And it’s not just repair shops. The entire vertical, including manufacturers and distributors, must operate in the same often reactive cycle.

It was that inefficiency—witnessed firsthand while their car was being serviced—that captured the imagination of Pavana Jain, a longtime Oracle executive, and Arvind Jain, who has two decades of product development experience and who was most recently CEO of a healthcare startup. While other entrepreneurs, venture capitalists, and larger tech companies have jumped into the sexier side of automated cars such as infotainment systems, the Jains saw an opportunity in the service side.

They spent three years developing their answer: a fully integrated mobile platform that connects all three verticals on the service side of the automotive business and brings them into the modern age—and well beyond. The three distinct interfaces—ShopLite for repair shops, SupplierPro for distributors, and VroomBox for manufacturers—all share a common software platform, the startup ShiftMobility.

The aim is to connect the entire aftermarket industry to service cars more efficiently, and in turn save money. For instance, a manufacturer can upload its catalogs onto the platform, giving distributors in their network instant access to view the product lines, locate the correct parts, and deliver them quickly.

“It’s a huge market for us and no one in the automotive industry is doing this,” Pavana Jain, CEO of ShiftMobility, told Fortune. “As technologists, we saw how we could solve it, specifically with mobility as an angle. We saw how fragmented the market was—and is—and how big it is. We’re talking about thousands of companies and millions of parts.”

The upshot? Delivery times are reduced as well as costs, and local repair shops are able to retain customers. It also helps manufacturers more quickly identify problems with parts that might need to be recalled.

ShiftMobility can be a major time saver. For example, the average estimate from a repair shop takes about 20 minutes. Pavana Jain says the platform reduces that time to a few seconds.

The platform, which came out of beta in January, is just the beginning. ShiftMobility, which is based in Foster City, Calif., is now launching a personalized mobile app service built on top of its platform for parts manufacturers and distributors. The private label as a service app will eventually be available to repair shops too.

The app is branded with the company’s logo and name, while the Jains’ platform—Arvind Jain is the president—operates silently in the background. From here, companies can pick features they want from a selection of modules.

“This is a cookie-cutter approach,” Pavana Jain says. “The only thing that changes is the logo and shop name.”

The branded app can handle mobile payments, provide a complete library of parts, be equipped with a vehicle identification and license plate scanner, manage subscriptions, have chat capability, send SMS alerts, and have customer management and even localized market research. For instance, the app can generate coupons. The compelling part is that the software in the app will have examined consumer data and send the repair shop owner an alert that it’s time to send an oil change coupon to its customers, for example.

“We’re bringing a lot of artificial intelligence into the hands of the users,” Pavana Jain says.

Specialty Products Company, which designs and makes suspension parts and tools, is one of the first private labels as a service client. The company used the branded app service to build a mobile app called AlignGuide. Dealers and repair centers can use AlignGuide to scan a vehicle’s VIN, enter the license plate ID, or pull down the year, make, and model to diagnose and correct an alignment problem and many suspension issues. Users can also see illustrations of alignment adjustment methods and service parts to install. AlignGuide is available at the Google and Apple stores.

For now, ShiftMobility is targeting the San Francisco Bay area, Sacramento, Calif., and Washington state. But Pavana Jain says the all-in-one platform, and the branded private label as a service app, can be applied at any scale, and in any market, even internationally.

After coming out of stealth mode last year, the company raised $2 million in a Series A funding round from Toba Capital. ShiftMobility ran beta with 200 repair shops and two distributors from June 2014 to the end of the year. The company started selling its platform to the open market in 2015.

Since then the company has signed on some large customers such as AutoZone and 110 parts manufacturers, including Federal-Mogul, Denso, Aisin, and Tenneco. It also has six major distributors and 610 repair shops. It currently has more than 2,000 iOS mobile users and a goal to add 1 million by the end of 2016.

The Jains are also focused on what’s to come as more and more cars become connected.

“The automotive industry is going through a massive innovation stage—a change that has been unheard of in the past 20 years,” Pavana Jain says. “We built a platform that can leapfrog into providing solutions for the next wave of innovations that are coming like connected cars and vehicle-to-vehicle sensors.”

There will come a day, Pavana Jain predicts, when sensors and connectivity become so commonplace that human beings won’t need to interact with their smartphone to send a request to their repair shop. Instead the car will be able to communicate through the platform and reach out to repair shop on its own.