John Gruber Has Stopped Wearing His Apple Watch Every Day 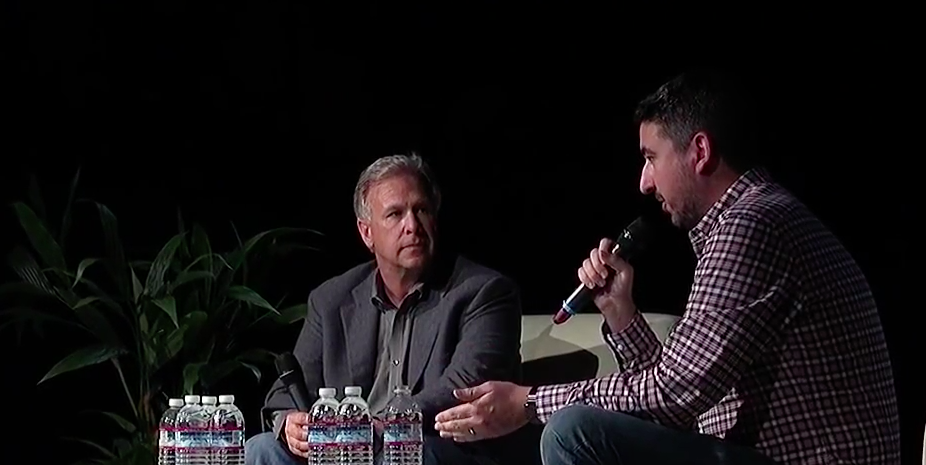 Apple (AAPL) loves John Gruber, the first writer to turn blogging about the company into a full-time job.

The company gives Gruber advanced hands-ons with its new products. It loans him review copies. It promotes his blog—Daring Fireball—on Apple News. It also keeps him in the loop—and has been doing so for more than a decade, we learned last June—through a direct pipeline to Phil Schiller, one of Steve Jobs’ (and now Tim Cook’s) top lieutenants.

But John Gruber does not love the Apple Watch.

“I’ve never been super excited,” he told app developer Guy English at the end of Episode 143 of The Talk Show, his weekly (or nearly so) podcast.

“I’ve been intrigued. And I do wear mine, but I don’t wear it every day. I foresee a bright future for it. But I just don’t think I was ever squarely in the market for it. It’s just not the sort of thing that speaks to me.”

[Here Guy English jokes about Gruber’s lack of interest in fitness—fitness tracking being one of the device’s key selling points.]

“Yeah. Right. Once I stopped wearing it every day… there is this weird motivating thing where you want to keep filling these circles everyday. And you get this streak going and you keep going. And I’m sure people are more fit. But then once you stop wearing it every day you definitely by definition have days where you didn’t fill all the circles. [It] just ruins it. It means you don’t care anymore. I don’t know. It just doesn’t excite me that much.”

To Gruber’s credit, he signaled his lack of interest in the device with his first review, a 6,000-word opus that ran through each of the Watch’s tentpole features and found them—at least for him—lacking. Fitness. Messaging. Even timekeeping.

“There are two types of people in the world,” he wrote last April. “Those who wear a watch, and those who don’t.”

“I think Apple Watch might be a tougher sell to current watch wearers than non-watch wearers. Non-watch wearers have an open wrist, and if they cared about the glance-able convenience of an always-visible watch dial, they would be wearing a traditional watch already. Watch wearers, on the other hand, already have something on their wrist that Apple Watch needs to replace, and the reason they already have a watch on their wrist is that they care about telling time at a glance—something Apple Watch is (and only ever will be, I suspect) merely OK at, not great at.”

“You should give it a chance,” Tim Cook recently told a Wall Street Journal editor who said that he didn’t find the watch “indispensable.”

Check out a YouTube video of Gruber’s Talk Show Live with Phil Schiller below.