Can Ben Carson Ride Book Sales to the Presidency? 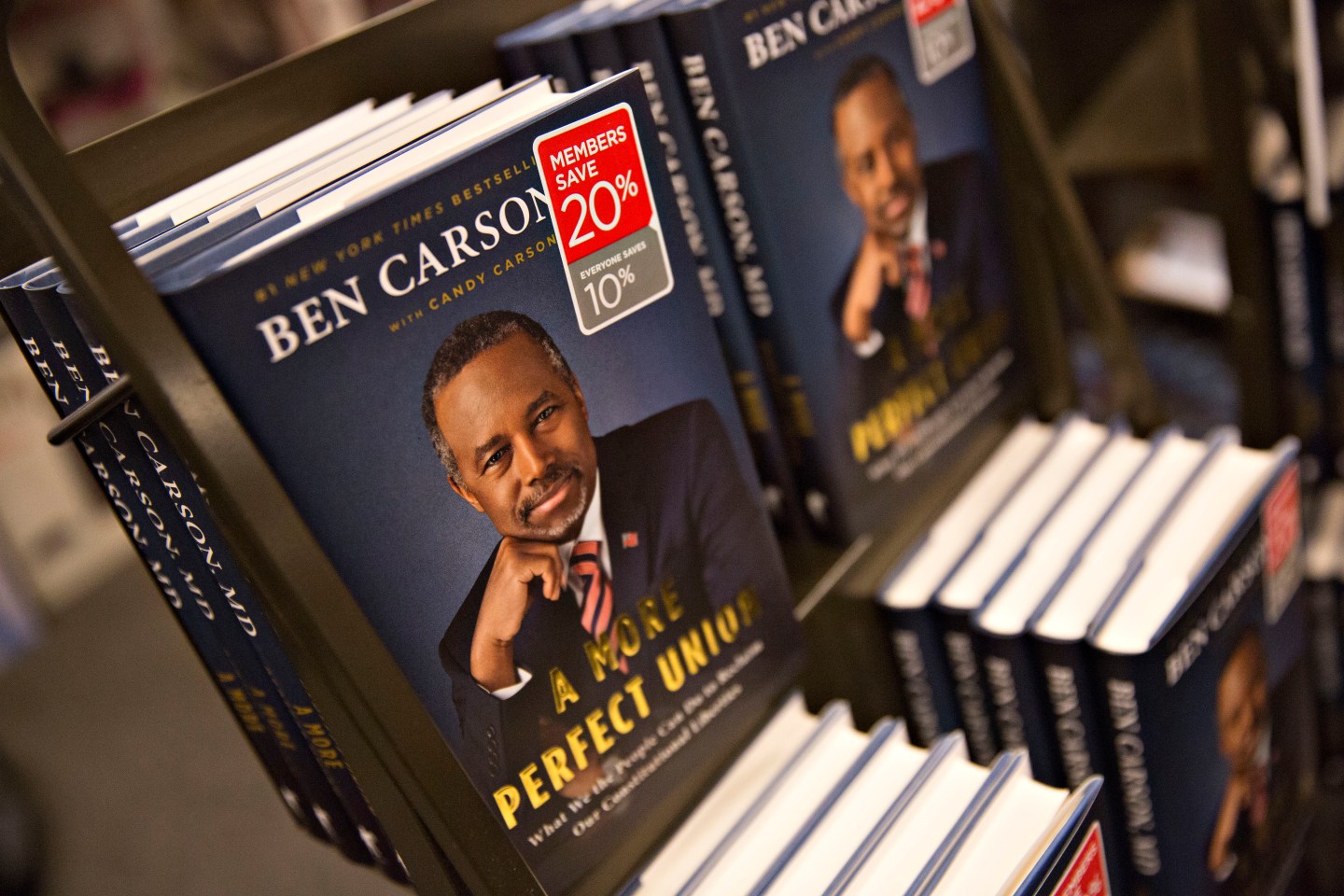 Copies of a book by Ben Carson, 2016 Republican presidential candidate, sit on display during a book signing in Ames, Iowa, U.S., on Saturday, Oct. 24, 2015. Both the Quinnipiac Poll and the Bloomberg Politics/Des Moines Register Iowa Poll this week showed Donald Trump falling behind rival Ben Carson in the state where the first ballots of the presidential race will be cast in caucuses on Feb. 1. Photographer: Daniel Acker/Bloomberg via Getty Images
Photograph by Bloomberg via Getty Images

Ben Carson is in Florida right now to promote himself in the Republican Primaries. He’s also promoting his book, “A More Perfect Union: What We the People Can Do to Reclaim Our Constitutional Liberties,” and Carson reckons the latter might actually help with the former, according to Bloomberg.

Carson has written several best-selling books in the past, and Bloomberg notes that he drew around 800 people to a recent book signing at a Barnes and Noble (BKS) in Tampa, Fla. The Carson campaign thinks this popularity can be transformed into success at the polls. Others aren’t so sure.

“It’s one thing to get long lines at a book store, it’s another to get voters to the ballot box,” Ryan Williams, a Republican strategist, told Bloomberg. “If Carson wants to be considered a serious candidate in the long run, he’ll need to focus on running a professional vote-getting effort instead of a book-selling effort.”

Carson, of course, isn’t the only candidate to try to sell books while campaigning. Donald Trump, whom Carson is jostling with for position atop the Republican polls, had a “YUGE” book signing event at Trump Tower in Manhattan on Tuesday.