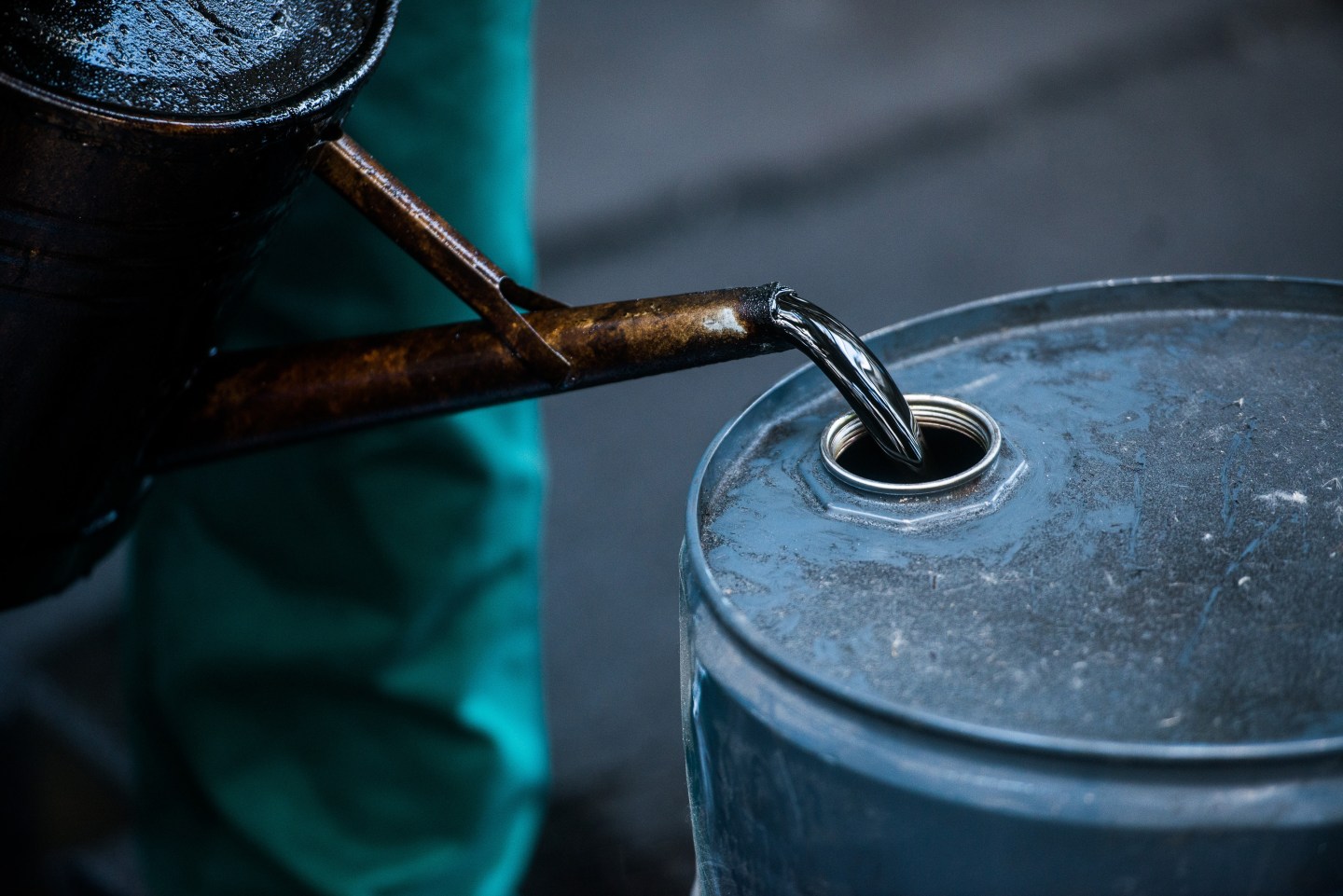 No, this is not the plot of an episode of It’s Always Sunny in Philadelphia. A reporter truly tried to buy a barrel of oil. Crude, that is.

Tracy Alloway, executive editor at Bloomberg Markets, decided she wanted to get her hands on the lethal substance back around 2008-2009 when a financial quirk known as a contango made the purchase seem like a good investment. (Or at least a good story for a markets reporter to pursue.)

As Alloway explains, “the price of oil for future delivery was higher than the expected price of immediate ‘spot’ delivery,” so it made more sense for commodities traders to snatch up and store petroleum, rather than put it up for sale. Buy now, sell later.

Her plan didn’t pan out initially, for whatever reason. But when oil prices plummeted this year, she revived the arbitrage idea.

It is at this point that I conceded defeat. Storing oil, it turns out, requires incredibly good ventilation and a rock-solid insurance policy, both of which were severely lacking at my 400-square foot New York apartment. While Bloomberg LP’s headquarters might prove more suitable on both counts, I doubted my ability to roll 100-pounds plus of highly-toxic liquid in a bright blue barrel past the building’s notoriously strict security guards.

So she bought a bottle of the stuff instead. Now Alloway has agreed to sell it to a Financial Times reporter in exchange for virtual currency.

On paper, she’ll likely make $0.07 on the deal. (That doesn’t include costs due to lost productivity.)

“In the meantime however, I am happy with my pint-size pet oil,” she writes. “I keep it in the dark, away from open flames. I shake it every once in a while to prevent it from settling.”

Indeed, in the commodities business, one should never settle.For more on oil prices, watch this video below.